Corporate profit has been soaring for years at workers' expense and a decline in union membership is to blame -- not a rise in technology, a new study found. 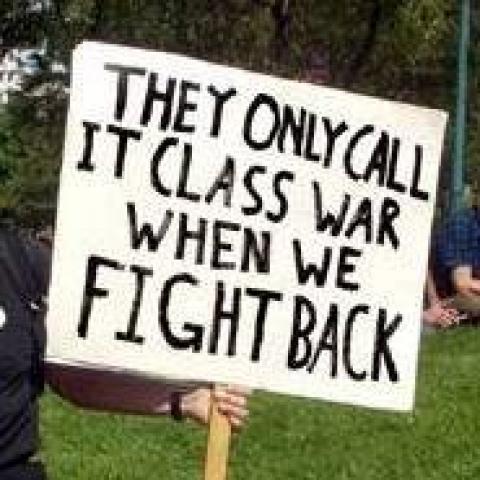 Corporate profit has been soaring for years at workers' expense and a decline in union membership is to blame -- not a rise in technology, a new study found.

The jump in corporate profit over the past few decades can be explained largely by a decline in union membership over the same period, according to a study by Tali Kristal, a sociologist at the University of Haifa in Israel. The boost in companies’ bottom line comes at workers’ expense, Kristal wrote in an email to The Huffington Post.

“It’s a zero sum game: whatever is not going to workers, goes to corporations,” Kristal said. “Union decline not only increased wage gaps among workers, but also enabled capitalists to grab a larger slice of the national income pie at the expense of all workers, including the highly skilled.”

The findings, published Thursday in the American Sociological Review, add a new dimension to the debate over income inequality in the U.S., suggesting that policies aimed at boosting unions may help. Corporate profit soared to a record high share of the economy earlier this year, according to Bloomberg, while workers' wages have remained largely stagnant. The rise in profit comes as union membership has dropped to a record low.

Kristal’s findings contradict claims that increased computerization largely accounts for the boost in corporate profit at the expense of workers. Kristal argued that the rise of machines is only indirectly to blame, because technology has reduced union workers by replacing some union jobs with automation, directly increasing corporate profit.

“If we want all workers to benefit from the economic growth, then policymakers can initiate some steps to strengthen unions, such as pro-union reforms of labor law, and deterioration with employers' illegal anti-union tactics that increasingly spread over the last decades,” Kristal wrote.

Indeed, other analyses, including one from the left-leaning Economic Policy Institute, have found that that the drop in union membership in recent decades correlates with the rise in inequality during the same period.

“The decline in union members is directly related to the stagnation of wages for working people,” Brandon Rees, acting director of the Office of Investment at the AFL-CIO, an umbrella labor organization for many unions, told HuffPost. “Economic growth has been going somewhere and its been going to the top 1 percent.”

That dynamic could be problematic for the U.S. economy as a whole, Rees said, as middle-class Americans burdened by debt and slow wage growth buy less and hold back the recovery.

“One of the reasons why we are suffering from anemic growth today is because consumers have been reducing their debt levels, but wages are not keeping up with productivity growth,” Reese said. “The rights of workers to join a union has helped create the middle class in this country and the middle class has been hammered in the past 20 years as unions have declined.”