The U.S. v. Trayvon Martin: How the System Worked

Yet, it would be a mistake to place the verdict at the feet of the defense for its unscrupulous use of race, or to blame the prosecution for avoiding race, or the jury for insensitivity, or even the gun lobby for creating the conditions that have made the killing of young black men justifiable homicide. The verdict did not surprise me, or most people I know, because we've been here before. We were here with Latasha Harlins and Rodney King, ... the list is long and deep. 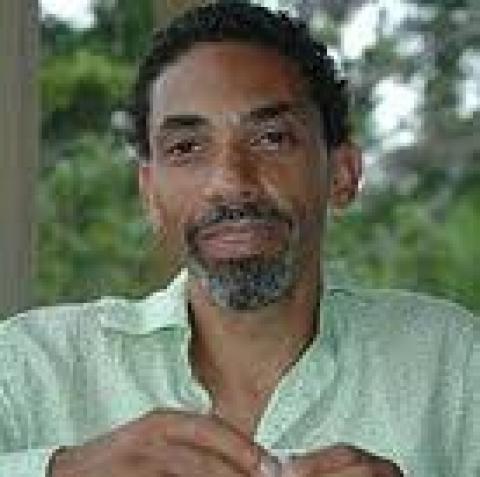 In the aftermath of the Sandy Hook Elementary School massacre, Texas Congressman Louie Gohmert, Virginia Governor Bob McDonnell, Senator Rand Paul, Florida State Representative Dennis Baxley (also sponsor of his state's Stand Your Ground law), along with a host of other Republicans, argued that had the teachers and administrators been armed, those twenty little kids whose lives Adam Lanza stole would be alive today. Of course, they were parroting the National Rifle Association's talking points. The NRA and the American Legislative Exchange Council (ALEC), the conservative lobbying group responsible for drafting and pushing "Stand Your Ground" laws across the country, insist that an armed citizenry is the only effective defense against imminent threats, assailants, and predators.

But when George Zimmerman fatally shot Trayvon Martin, an unarmed, teenage pedestrian returning home one rainy February evening from a neighborhood convenience store, the NRA went mute. Neither NRA officials nor the pro-gun wing of the Republican Party argued that had Trayvon Martin been armed, he would be alive today. The basic facts are indisputable: Martin was on his way home when Zimmerman began to follow him -- first in his SUV, and then on foot. Zimmerman told the police he had been following this "suspicious-looking" young man. Martin knew he was being followed and told his friend, Rachel Jeantel, that the man might be some kind of sexual predator. At some point, Martin and Zimmerman confronted each other, a fight ensued, and in the struggle Zimmerman shot and killed Martin.

Zimmerman pursued Martin. This is a fact. Martin could have run, I suppose, but every black man knows that unless you're on a field, a track, or a basketball court, running is suspicious and could get you a bullet in the back. The other option was to ask this stranger what he was doing, but confrontations can also be dangerous -- especially without witnesses and without a weapon besides a cel phone and his fists. Florida law did not require Martin to retreat, though it is not clear if he had tried to retreat. He did know he was in imminent danger.

Where was the NRA on Trayvon Martin's right to stand his ground? What happened to their principled position? Let's be clear: the Trayvon Martin's of the world never had that right because the "ground" was never considered theirs to stand on. Unless black people could magically produce some official documentation proving that they are not burglars, rapists, drug dealers, pimps or prostitutes, intruders, they are assumed to be "up to no good." (In the antebellum period, such documentation was called "freedom papers.") As Wayne LaPierre, NRA's executive vice president, succinctly explained their position, "The only thing that stops a bad guy with a gun is a good guy with a gun." Trayvon Martin was a bad guy or at least looked and acted like one. In our allegedly postracial moment, where simply talking about racism openly is considered an impolitic, if not racist, thing to do, we constantly learn and re-learn racial codes. The world knows black men are criminal, that they populate our jails and prisons, that they kill each other over trinkets, that even the celebrities among us are up to no good. Zimmerman's racial profiling was therefore justified, and the defense consistently employed racial stereotypes and played on racial knowledge to turn the victim into the predator and the predator into the victim. In short, it was Trayvon Martin, not George Zimmerman, who was put on trial. He was tried for the crimes he may have committed and the ones he would have committed had he lived past 17. He was tried for using lethal force against Zimmerman in the form of a sidewalk and his natural athleticism.

The successful transformation of Zimmerman into the victim of black predatory violence was evident not only in the verdict but in the stunning Orwellian language defense lawyers Mark O'Mara and Don West employed in the post-verdict interview. West was incensed that anyone would have the audacity to even bring the case to trial -- suggesting that no one needs to be held accountable for the killing of an unarmed teenager. When O'Mara was asked if he thought the verdict might have been different if his client had been black, he replied: "Things would have been different for George Zimmerman if he was black for this reason: he would never have been charged with a crime." In other words, black men can go around killing indiscriminately with no fear of prosecution because there are no Civil Rights organizations pressing to hold them accountable.

And yet, it would be a mistake to place the verdict at the feet of the defense for its unscrupulous use of race, or to blame the prosecution for avoiding race, or the jury for insensitivity, or even the gun lobby for creating the conditions that have made the killing of young black men justifiable homicide. The verdict did not surprise me, or most people I know, because we've been here before. We were here with Latasha Harlins and Rodney King, with Eleanor Bumpurs and Michael Stewart. We were here with Anthony Baez, Michael Wayne Clark, Julio Nunez, Maria Rivas, Mohammed Assassa. We were here with Amadou Diallo, the Central Park Five, Oscar Grant, Stanley "Rock" Scott, Donnell "Bo" Lucas, Tommy Yates. We were here with Angel Castro, Jr. Bilal Ashraf, Anthony Starks, Johnny Gammage, Malice Green, Darlene Tiller, Alvin Barroso, Marcillus Miller, Brenda Forester. We've been here before with Eliberto Saldana, Elzie Coleman, Tracy Mayberry, De Andre Harrison, Sonji Taylor, Baraka Hall, Sean Bell, Tyisha Miller, Devon Nelson, LaTanya Haggerty, Prince Jamel Galvin, Robin Taneisha Williams, Melvin Cox, Rudolph Bell, Sheron Jackson. And Jordan Davis, killed in Jacksonville, Florida, not long after Trayvon Martin. His killer, Michael Dunn, emptied his gun into the parked SUV where Davis and three friends sat because they refused to turn down their music. Dunn is invoking "stand your ground" in his defense.

The list is long and deep. In 2012 alone, police officers, security guards or vigilantes took the lives of 136 unarmed black men and women -- at least twenty-five of whom were killed by vigilantes. In ten of the incidents, the killers were not charged with a crime, and most of those who were charged either escaped conviction or accepted reduced charges in exchange for a guilty plea. And I haven't included the reign of terror that produced at least 5,000 legal lynchings in the United States, or the numerous assassinations -- from political activists to four black girls attending Sunday school in Birmingham fifty years ago.

The point is that justice was always going to elude Trayvon Martin, not because the system failed, but because it worked. Martin died and Zimmerman walked because our entire political and legal foundations were built on an ideology of settler colonialism -- an ideology in which the protection of white property rights was always sacrosanct; predators and threats to those privileges were almost always black, brown, and red; and where the very purpose of police power was to discipline, monitor, and contain populations rendered a threat to white property and privilege. This has been the legal standard for African Americans and other racialized groups in the U.S. long before ALEC or the NRA came into being. We were rendered property in slavery, and a threat to property in freedom. And during the brief moment in the 1860s and '70s, when former slaves participated in democracy, held political offices, and insisted on the rights of citizenship, it was a well-armed (white) citizenry that overthrew democratically-elected governments in the South, assassinated black political leaders, stripped African-Americans of virtually all citizenship rights (the franchise, the right of habeas corpus, right of free speech and assembly, etc.), and turned an entire people into predators. (For evidence, read the crime pages of any urban newspaper during the early 20th century. Or just watch the hot new show, "Orange is the New Black.")

If we do not come to terms with this history, we will continue to believe that the system just needs to be tweaked, or that the fault lies with a fanatical gun culture or a wacky right-wing fringe. We will miss the routine character of such killings: according data compiled by the Malcolm X Grassroots Movement, a black person is killed by the state or by state-sanctioned violence every 28 hours. And we will miss how this history of routine violence has become a central component of the U.S. drone warfare and targeted killing. What are signature strikes if not routine, justified killings of young men who might be al-Qaeda members or may one day commit acts of terrorism? It is little more than a form of high-tech racial profiling.

In the end, we should be able to prevent another Sandy Hook school tragedy -- and the $7.7 million dollars that poured into Newtown on behalf of the victims suggests a real will to do all we can to protect the innocent. But, sadly, the trial of Travyon Martin reminds us, once again, that our black and brown children must prove their innocence every day. We cannot change the situation by simply finding the right legal strategy. Unless we challenge the entire criminal justice system and mass incarceration, there will be many more Trayvon Martins and a constant dread that one of our children might be next. As long as we continue to uphold and defend a system designed to protect white privilege, property and personhood, and render black and brown people predators, criminals, illegals, and terrorists, we will continue to attend funerals and rallies; watch in stunned silence as another police officer or vigilante is acquitted after taking another young life; allow our government to kill civilians in our name; and inherit a society in which our prisons and jails become the largest, most diverse institutions in the country.

Robin D. G. Kelley, who teaches at UCLA, is the author of Thelonious Monk: The Life and Times of an American Original (2009) http://www.amazon.com/exec/obidos/ASIN/1439190461/counterpunchmaga and most recently Africa Speaks, America Answers: Modern Jazz in Revolutionary Times (2012) http://www.amazon.com/exec/obidos/ASIN/0674046242/counterpunchmaga.