These statistics -- which should be regarded as a national emergency -- have sadly become the new normal. 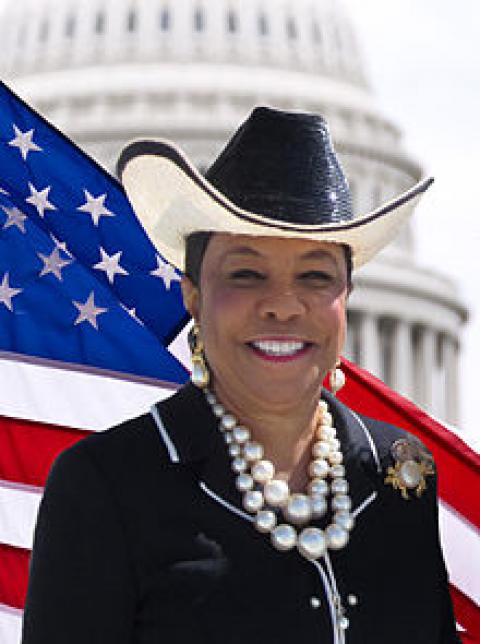 This summer -- as Congress debates border security, Benghazi, the IRS, the NSA, the Justice Department, and further deficit reduction -- one issue is conspicuously absent from the agenda: What about our jobs crisis?

Nearly 12 million Americans remain unemployed. Millions more are underemployed or have given up looking for work. At the current rate of job creation, it will take at least eight more years to get back to prerecession levels. These statistics -- which should be regarded as a national emergency -- have sadly become the new normal.

But they need not be. This week, my colleagues and I are introducing an updated version of President Obama's American Jobs Act, a bill that, according to independent analysis by Moody's, would have created 1.9 million jobs and boosted growth by two percent if passed when originally introduced. Congressional leaders allowed the bill to expire at the end of the year without bringing it to the floor for a vote. But it's needed now -- in the age of austerity and the jobless recovery -- more than ever.

The American Jobs Act of 2013 is built on three pillars.

First, it rests on public-private financing measures like a national infrastructure bank and cost-sharing with states to boost employment in key fields including education and construction. While the private sector has been adding jobs, our unemployment rate remains stubbornly high because the public sector has shed more than 625,000 jobs in the past three years. As both private-sector and government economists have argued, unemployment would be nearly a point lower and economic growth would be up to two points higher were it not for federal fiscal tightening. By putting teachers, police, firefighters, and construction workers back on the job, we can not only improve our employment situation but also boost educational outcomes and perform urgently-needed upgrades to our infrastructure. The I-5 bridge collapse in Washington State earlier this year should have been wakeup call: There are 66,405 structurally-deficient bridges in America today. This is just a partial picture of America's vast and growing "infrastructure deficit."

Third, the American Jobs Act takes on one of the great economic and ethical crises of our time: the plight of the long-term unemployed. At least 4.4 million Americans have been unemployed for more than six months. These Americans have not only lost benefits -- they're draining their retirement savings in order to pay for food, clothing, and shelter for their families. Laziness has nothing to do with their predicament. Empirical research has shown that employers simply do not want to hire people who been out of work for a long period. To help end this national shame and prevent the emergence of a permanent underclass of long-term unemployed Americans, the bill extends unemployment benefits, provides new tax credits to firms that hire workers who have been out of work for six months or longer, introduces innovative new re-training programs, and bans employers from discriminating against the long-term unemployed in hiring decisions.

In addition to these three key pillars from the original bill, the American Jobs Act of 2013 includes a provision to address the first and foremost threat to job creation today: Sequestration. These reckless across-the-board cuts are slated to eliminate 2.14 billion jobs and reduce workers' earnings by $109 billion in coming years. The bill contains a simple provision to cancel the cuts starting with the coming fiscal year.

If this legislation sounds like a progressive wish-list, consider that the nonpartisan Congressional Budget Office projected that the President's earlier bill would reduce budget deficits over a ten-year period. Consider that 50 House Republicans supported tax cut provisions similar to those in the bill. Consider that the bill's key offsets include a percent limit on tax deductions similar to the one that was championed by Mitt Romney in last year's election. Finally, consider that the Sequester hurts everyone from small business owners to soldiers in Afghanistan to investors whose profits depend on increased household spending. This is a bill everyone can get behind.

"We continue to face an economic crisis that has left millions of our neighbors jobless and a political crisis that's made things worse." While President Obama spoke these words 22 months ago as he introduced the American Jobs Act to a joint session of Congress, the words are truer now than ever. We must put a comprehensive jobs bill back on the table.