Our Ministry of Planning

In the case of energy policy, what's holding back innovation and domestic production is the absence of assured markets for startups. But in this anti-government, laissez-faire nation, the military gets a safe conduct pass to do something that no other branch of government is ideologically allowed to do -- commit the sin of economic planning. 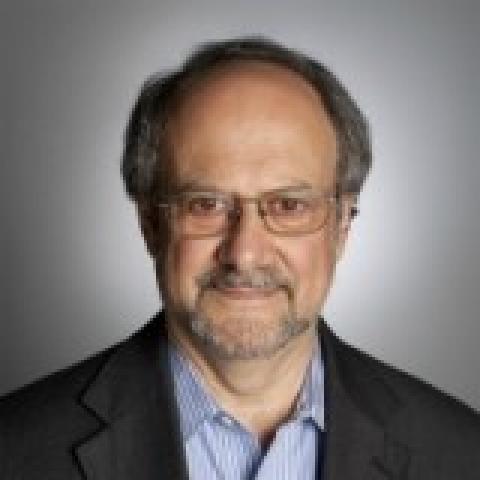 The New York Times had a terrific Sunday article on a new waste-to-energy technology that could convert massive quantities of trash into synthetic natural gas. This technology, from isn't perfect -- the product is still a carbon fuel. But unlike hydro-fracking, it doesn't destroy land and water supplies and it's a lot cleaner than oil or coal. Earlier versions of such waste-to-energy systems have divided environmentalists, both because they are still carbon and because they use very high temperature incineration, which is frowned upon by many green advocates even when it is clean.

That controversy is all grist for a different article, however. What stood out for me in the Times piece was the client of the new technology -- the U.S. Army. Next year, the producer, Sierra Energy, will be supplying waste-produced gas for a small military base in Monterrey, and, if all goes well, to larger installations.

In much of the rest of the world, renewable energy is advancing at a faster pace because national policy requires utilities to buy it. But here, it's the Army that's at the cutting edge. (When the Department of Energy backs green energy startups, the failures get the glare of Republican publicity, not the successes.)

When you think about it, ever since World War II our closet planning ministry, Keynesian purchaser of last resort, even laboratory for social innovation, has been the military.

It wasn't Al Gore who pioneered the Internet. It was DARPA, the military's advanced projects agency. America has a huge trade deficit, but one of the sectors where we're still a world leader is aircraft -- much of whose technological lead was financed by Pentagon purchases.

Within the executive branch, one of the recognized leaders on the issue of climate change and sea level rise is, not surprisingly, the Navy. Even during the Bush Administration with its preponderance of deniers in high places, the Navy insisted that climate change was both real and man-made, and devoted resources to it. Why does the Navy care? As I heard one of their climate change leaders quip, "For one thing, our bases tend to be at sea level."

In the case of energy policy, what's holding back innovation and domestic production is the absence of assured markets for startups. But in this anti-government, laissez-faire nation, the military gets a safe conduct pass to do something that no other branch of government is ideologically allowed to do -- commit the sin of economic planning.

Not only that, the military commits another sin against free markets. It commits social engineering. Once the military establishment decides to so something, it is something of a hierarchy. So when the Pentagon was ordered to desegregate and then to achieve genuine equality of racial opportunity, it was well ahead of the rest of the society.

I have a college classmate, retired Rear Admiral James A. Johnson, who was the first African American page in Congress, and who then turned to the Navy to pursue his medical career as a thoracic surgeon at a time when he could not get admitting privileges in civilian hospitals. (The military is taking a lot longer getting its policies on women right). But the military today is as thoroughly racially integrated institution as we have.

And speaking of the military medical system, because it and the VA system are socialistic, they deliver care far more cost-effectively than their profit-obsessed civilian counterparts. The military also has better and more comprehensive child care than civilian society. And its income distribution is far more equal than the rest of the economy. Top executives (4-star generals) make only about nine times the pay of buck privates, but that doesn't deter ambition to rise through the ranks. (When Gen. Wes Clark was briefly running for president, I pitched him on making all this something of a theme. He wouldn't touch it with a rake.)

Okay, so where am I going with this?

Point one: Right-wingers patriotically cut the military all kinds of slack for policies that are considered sins in the rest of the economy and the society. Maybe some of the planning strategies that work for the Army and Navy could be models for the rest of the society.

And, yes, I said some of the strategies. I know about hundred-dollar hammers and thousand-dollar toilet seats. A lot of Pentagon contracting is not a model for anything. But by the way, the billing practices in the commercial health-industrial-complex, home of the ten-dollar aspirin pill and $20,000 colonoscopy, would make even the Pentagon blush.

Point two: Instead of allowing only the military, which is bureaucratic and not entirely accountable, to define needed technologies and industries, why not have a civilian, democratic process for economic planning?

Point three: If universal good child care and high quality universal health care are good enough for GIs and their dependents, why not have it for every American?

Point four: The fact that we have to rely on the military to do stuff that is denied to civilian government sometimes makes the outcomes a little weird (see U.S. Army Corps of Engineers, flood control.)

It's also a little nerve-racking that an establishment that exists to make wars has some exemplary economic and social policies. We spend too much on armaments, not too little. The solution is not to give the Pentagon more money or power, much less to put the military in charge, as some other nations do. It's to learn and apply what the military does well.

Robert Kuttner's new book is Debtors' Prison: The Politics of Austerity Versus Possibility. He is co-editor of The American Prospect and a senior Fellow at Demos.