The Science of Jurassic World

Subtly, but poignantly, the science of Jurassic World sneaks in evolutionary biology without calling it that. Go see Jurassic World and learn some science, but mostly just have a good adventure. 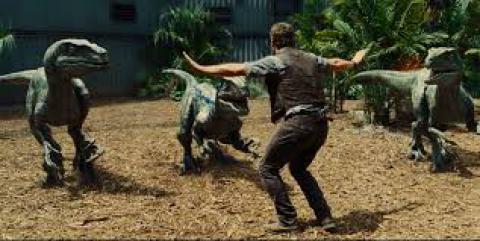 Jurassic World, which opens today, is a terrific film -- as good as the previous three in the franchise, including the first. I saw it in 3D, so my comparison is with the previous 2D versions, and it really comes to life in this format. But such dimensional matters aside, the plot is feasible enough to enable even the most skeptical viewer to willing suspend disbelief enough to accept the premise as plausible, which is the genetic engineering of a completely new type of dinosaur that never existed in the Jurassic. This was done under the advisement of the most famous dinosaur digger in the world, paleontologist Jack Horner, who has been the science advisor for the film franchise, including this latest installment. 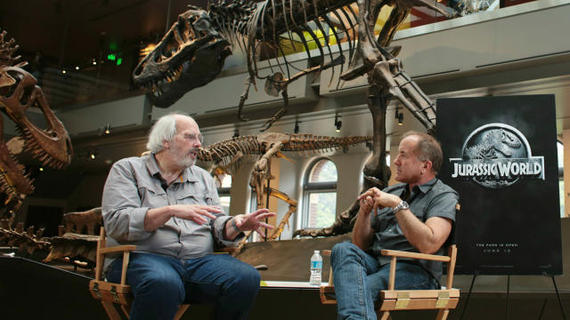 I've known Jack since the early 1990s when I first helped him dig up a dino on a site in Montana (it's much harder work to release the fossil treasure embedded in solid rock using dental picks than it appears in the film, in which workers easily brush away loose dirt with a small brush). When I arrived at Horner's camp I was surprised to come upon a patient historical scientist, sitting cross-legged before a cervical vertebrate from a 140-million year old Apatosaurus (formerly known as Brontosaurus), wondering what to make of it. A reporter from a local paper asked Horner what this discovery meant for the history of dinosaurs. Did it change any of his theories? Where was the head? Was there more than one body at this site? Horner's answers were consistent with those of the cautious scientist: "I don't know yet." "Beats me." "We need more evidence." "We'll have to wait and see." 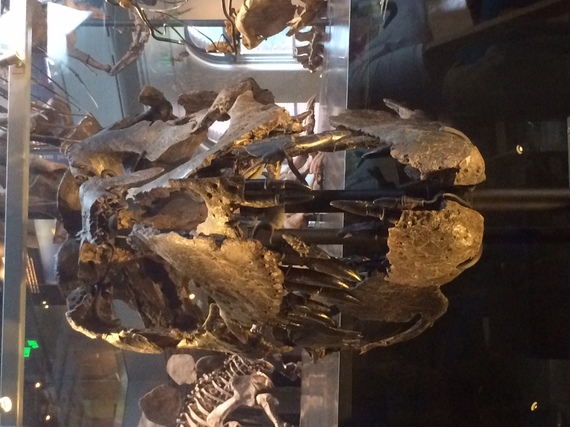 Horner's scientific thoroughness comes through on screen as the science behind Jurassic World paralleled that of his work on back-engineering a dinosaur from modern bird DNA because, we now know, there is no viable DNA available from the Jurassic period, not even left over inside Jurassic mosquitos embedded in amber, which was the premise of Michael Crichton's novel and Steven Spielberg's first film in the franchise, Jurassic Park. Instead, as Jack explained to me in an "in conversation" we had at the Natural History Museum of Los Angeles a few days before the film was released, since we know dinosaurs evolved into birds, that means bird DNA contains the remnants of their dino ancestors. As Horner explained in his 2009 book How to Build a Dinosaur: Extinction Doesn't Have to be Forever (and in his TED talk on de-extinction), you can turn on dormant genes to get them to build body parts, including a dino-like tail, snout and even teeth. Because of their availability, chickens work well, so Jack intends to build what he calls a "Chickenosaurus." As he told me, "If we can reinstate ancestral characteristics in a bird to make a dinosaur, you can't have ancestral characteristics unless you have an ancestor. That is proof of evolution." 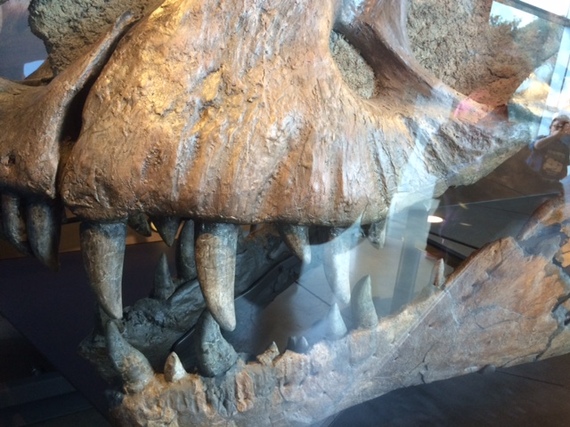 As if anyone needs proof of evolution. Unfortunately they do, at least in America, so films like Jurassic World serve another purpose of value to those of us concerned about the state of U.S. science education (we're usually ranked toward the bottom of the most prosperous Western industrialized nations in the world): science education. Subtly, but poignantly, the science of Jurassic World sneaks in evolutionary biology without calling it that. Take Hen's teeth. We've known for decades how to turn on the ancestral genes for teeth in a chicken (see Stephen Jay Gould's 1983 book Hen's Teeth and Horse's Toes), which would be impossible if all creatures were created in one brief burst of genesis six thousand years ago. Instead, genetic engineering is showing us how to find the genetic fossils of animal ancestry. This is now done through transgenics, as Horner explained to me: "If you're going to try to make a dinosaur, transgenically is as good a way as finding ancestral genes. Transgenic dinosaurs are what we created in Jurassic World. We have a hybrid dinosaur that's a mixture of several types of dinosaurs, plus mixtures of genes from several types of animals." The result is one of the most terrifying monsters in monster film history: Indominus Rex, a mix of T-Rex and Velociraptor, with a few other features thrown in for good measure, such as the cuttlefish h ability to create camouflage to match nearly any background environment. Horner continued his explanation as I pressed him for details about how realistic any of this is:

We will make the dino-chicken-like animal pretty soon. We're moving pretty quickly, but making a dinosaur that would look like a Velociraptor would take a lot longer. The more genes we learn about, what they do, and how to turn them on and off, the closer we come.

All birds share a common ancestor. Once we have the technology, we think it'll work on any bird. Chickens just happen to be the easiest birds to come by.

Jurassic World adds another feature not seen in the franchise before, and that is how to train a dinosaur. The film's hero employs the techniques used by animal trainers in venues like Sea World, so I asked Jack about this because these training techniques work on mammals. How would they work on reptilian creatures?

We also know dinosaurs were social. For years, we've found dinosaur nesting grounds and evidence that they cared for their young. And birds live in social groups. That had to come from somewhere; I don't think they invented it on their own.

We think of birds and reptiles as separate, but birds are dinosaurs, and therefore, reptiles. If you look at it genetically, crocodiles are closer to birds than lizards.

But would they be intelligent enough to understand trainers' signals, such as the "click" system popular among Sea World trainers (as featured in the disturbing film Black Fish, about the training of Killer Whales)? Horner continued by puncturing yet another anthropocentrism:

This brings up the whole intelligence thing with dinosaurs and this side of that [evolutionary] tree. We're so mammal-centric. We think we're so smart; we're even mammal-centric about where our brain is located -- in our heads.

Dinosaurs not only had a cranial brain, but a pelvic brain, enlarged ganglia that birds also have. If you add together the volume of the brain and ganglia, it's as high as most mammals. Parrots are really smart and we don't think of ducks as smart, and their brain/body ratios are about the same.

In the first Jurassic Park film reference is made to a "blood sucking lawyer," so that made me wonder about the legal aspect of a place like Jurassic World, that services 20,000 customers a day. Horner:

We know that dinosaurs are not that scary. You could have dinosaurs on the Serengeti. As long as you keep your windows up, you could go on safari and look at them. They're not going to tear open your vehicle to get you.

If you went to Jurassic Park, you'd see a whole bunch of dinosaurs sleeping. Animals also don't kill for fun. It's dangerous to kill another animal. You are putting you're life in danger. You could have Jurassic World at the L.A. Zoo. There's a lot worse things running up the freeway.

Go see Jurassic World and learn some science, but mostly just have a good adventure because the film delivers that in spades.