food Guacamole and the Super Bowl

Guacamole and the Super Bowl: this off-season penchant for guacamole is an industry creation. 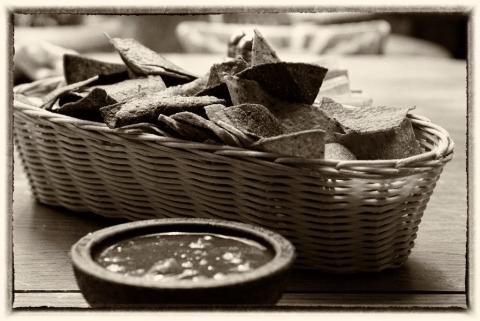 Guacamole and Super Bowl: a marriage made in....Mexico?, Jeannette Ferrary

Guacamole and the Super Bowl. The two go hand in hand these days don’t they?
And yet, if you visit the California Avocado Commission’s website — brought to you by the state with 60,000 acres of avocado orchards — you won’t find any mention of “Guacamole Sunday.” Instead, a message on the site’s front page reads: “Our season has ended. Look for California avocados in stores from Spring – Fall.”
When I asked Will Brokaw, the California farmer behind Will’s Avocados about this seemingly odd timing, he was quick to point to the irony.
“The California avocado season is just barely getting going at that time of year,” he said. And while it’s great that demand is so high, which in turn raises sales numbers and wholesale prices for everyone, it’s a shame to see that demand at precisely the moment when Hass avocados – the most popular domestic variety – have yet to fully ripen. (The ones that do get picked in February are often watery, he says.)
“Everybody would be better off if the Super Bowl was delayed until early March,“ Brokaw added.
Well, maybe not everybody. In fact, as soon as I started looking into how avocados became the signature food for an event that takes place in the dead of winter, it quickly became clear that the Super Bowl-guacamole tie is a fascinating – perhaps disturbing – example of the way globalization has come to define the food on our plates.
Last year, according to the produce industry publication The Packer, about 75 percent of the avocados shipped within the U.S. in the weeks leading up to the Super Bowl came from Mexico. Most of the rest came from Chile. And that translates to a lot of the creamy green fruits. This year Americans will eat almost 79 million pounds of them in the few weeks before the big game – an eight million pound increase over last year and a 100 percent increase since 2003.
None of this has been an accident. The avocado industry started promoting guacamole as a Super Bowl food back in the 1990s, shortly after the NAFTA agreement began allowing floods of avocados from Central and South America to enter the country in winter. By 2008, Mexico had become the largest supplier of avocados to the U.S.
The Christian Science Monitor wrote about the phenomenon in this 2009 article, Super Bowl success story: Mexico’s avocados.

In the central state of Michoacán, Mexico’s avocado belt, exports generated $400 million last year, and it’s now the second source of income for the state – after remittances sent from Mexicans living in the US.
“It has transformed this state, and put a hold on immigration,” says José Luis Gallardo, the head of the Michoacán Avocado Commission and a plantation owner who has watched the industry explode in the past few years.
While fresh avocados have been a staple of the Mexican diet for centuries, in the US they were mostly consumed in California or Texas, where they are grown.
Today, the fruit is as common in California supermarkets as it is in Kansas.
This is where I start to feel conflicted. On the one hand, I feel truly happy for the Kansans who now have access to one of the world’s most delicious, perfect foods. And I like knowing that so many people are serving guacamole at their Super Bowl parties instead of say, highly-processed cheese dip.
But the fact that the foreign avocado industry was able to create a new market for their product virtually overnight simply by pulling out all the stops on marketing the product as an established Super Bowl food also seems noteworthy.
Our increasing dependence on large monocrops and factory farms (think: vast swaths of almonds grown in California to feed Germany’s hankering for marzipan, or the pork produced in Iowa’s concentrated animal feeding operations (CAFOs) intended for South Korea, Colombia, and Panama) comes with a steep price.
Until just a few decades ago, most Americans had a basic awareness of the way food and farming was connected to place, seasons, and the weather. Not only have we lost these things, but we’ve also lost touch with how and where our food is produced — a key piece of the puzzle when it comes to knowing that your dinner ingredients won’t be, say, recalled for salmonella contamination, filled with antibiotics, or covered in pesticide residue.
I can call up Will Brokaw — or grab him at the farmers market — and ask him how he grows his avocados (everything from how he controls pests, treats the soil, and uses water, to how he treats his workers). And while the growers in Michoacán, Mexico, may very well be using the exact same farming practices, I have no way of knowing either way. That disconnect may not keep most of us from buying winter avocados, but it should give us pause — just like the other windows into the vast complexities of our food system should.
And that “perfect Super Bowl snack”? It may not be quite so perfect anymore.