This new book examines the relationship between those gains in living standard, which have produced a rising middle class, and the stagnating standards of living that have become characteristic of wealthy countries. Dean Baker takes a critical look at this important contribution to the inequality debate. 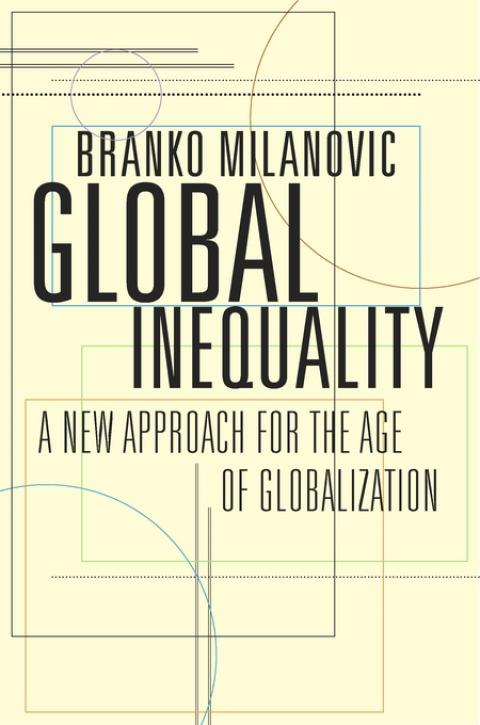 Branko Milanovic is one of the world’s leading experts on inequality, having spent decades at the World Bank studying patterns within and between countries, before recently joining the Luxemburg Income Studies Center team at City University in New York. He therefore brings an enormous scope of knowledge of recent and past income trends to his new book Global Inequality: A New Approach for the Age of Globalization (Harvard University Press).

The data assembled in the book are incredibly useful and will be eye-opening to most readers. The world has changed enormously in the last few decades in ways that most people in the United States probably do not recognize. The main factoid that jumps out from this book is the enormous gains in living standards in the developing world, most importantly China, in the last three decades coupled with the stagnation in living standards for large sections of the middle class/working class in rich countries. Clearly these two events were linked, most obviously by the loss of millions of relatively well-paying manufacturing jobs to the developing world.

Milanovic presents this as the central moral dilemma of his book. It is impossible not to applaud the enormous improvement in living standards over the last three decades for hundreds of millions of people in China, India, and other developing countries. Unlike their parents, these people can count on decent housing health care, a good education for their children, and need never fear going hungry. However is it fair to ask the middle class and working class in wealthy countries to pay the price for these gains?

I will take some issue with the framing of the question, but first I want to raise an issue of measurement. Milanovic’s main measure of well-being throughout the book is per capita income. While I am a big fan of GDP as a basic, albeit far from exhaustive, measure of well-being, there is a serious problem in its use in the sort of comparisons Milanovic has in this book. Between 1980 and the present there was a sharp divergence in the path of average hours worked per year between the countries of Western Europe and the United States. The West European countries deliberately opted for more leisure time in the form of mandated paid vacations, family leave, and shorter workweeks. As a result, the standard work year in the United States has more than 20 percent more hours than in countries like Germany and the Netherlands, according to OECD data. (The OECD does warn against making cross country comparisons with its data, but these gaps are unlikely to go away with different measures.)

This matters because if we focus on income growth, it looks like the United States got more of a growth dividend for its high inequality than is in fact the case. There is no economic reason why we should prefer that countries take the benefits of productivity growth in income rather than leisure, but the exclusive focus on income levels misses the value of the extra leisure gained by people in Western Europe.

I raise this point not to pick on Milanovic, but rather as a strong proponent of policies to promote more leisure in the United States. It is more than a bit absurd that many intellectual types are running around worried that the robots will take all the jobs (when they aren’t worried about the demographic crisis creating a shortage of workers) when the “problem” can be easily solved by reducing work hours.

But this issue actually segues nicely into my more fundamental criticism of the book. While it does not outright say this anywhere, many readers will likely believe that the harm to the middle class and working class in rich countries was a necessary price for the gains in the developing world. This is a huge leap which certainly does not follow from standard economic theory.

One of the absurdities of the path to development that we saw over this period is that most of the fastest growing countries had large trade surpluses through most of this period, with China at the top of the list in both growth and trade surpluses. This should seriously bother economists since it is 180 degrees at odds with the textbook story in which fast growing countries are supposed to be running trade deficits and borrowing capital from the rich countries.

But the problems for those seeking to argue that the losses for rich country workers were a necessary price go even deeper. It was not pre-ordained that we would only import manufactured goods from developing countries. There are millions of bright ambitious people in the developing world who would be delighted to work as doctors, lawyers, and other professionals in the rich countries, and generally for much lower pay than the incumbents receive.

And just to be clear, the flows of manufactured goods from developing countries to rich countries did not just happen. Our trade deals were quite explicitly designed for this purpose. In other words, our trade deals were about protecting the most highly educated workers, while exposing less-educated workers to competition with their low-paid counterparts in the developing world.

There is also the question of intellectual property rights, which Milanovic frustratingly treats as a fact of nature. Again, one of the great absurdities of debates on inequality is that we have people wringing their hands over how we can reverse the upward redistribution of income, while we constantly write new laws and trade agreements that make patent and copyright protection longer and stronger. Instead of deliberately designing policies that promote upward redistribution, we could instead look to alternative mechanisms to finance innovation and creative work. Milanovic discusses rewards to jobs that are “scalable,” meaning more consumers can benefit from the same amount of a worker’s work. The better question is whether the work is “salable”, meaning whether governments enforce laws that force people to pay to get the benefit of the work. This is a question of the political power of the worker, not the intrinsic nature of the work.

This issue of intellectual property claims is especially important in the case of drugs in the developing world. Drugs are almost always cheap to produce. They become expensive because patent monopolies and other forms of market exclusivity allow companies to charge prices that are several thousand percent above the cost of production. As a result, hundreds of millions of people in the developing world can find themselves unable to pay for lifesaving drugs that would be relatively cheap in a free market. (This gives us the absurdity of Bill Gates and Bill Clinton flying around the world to help make drugs available to people in the developing world, when paying for these drugs may not have been a big problem were it not for the TRIPS provisions that Bill Clinton put into the Uruguay Round of the WTO.)

Anyhow, I can’t get too upset at Milanovic for not writing the book I would have written. There is an enormous amount of valuable material in a short book and he does raise a number of important basic moral questions that deserve careful thought. The book is well worth reading.

Dean Baker is the Co-director of the Center for Economic and Policy Research and author of The End of Loser Liberalism: Making Markets Progressive.