The Great White Hype: No One Is Energizing the White Working Class, Not Even Donald Trump

If a candidate were to come along who was able to win most white working-class voters – and energize them enough to boost their overall voter participation – that would indeed be noteworthy. But the evidence so far suggests Trump isn’t that candidate. 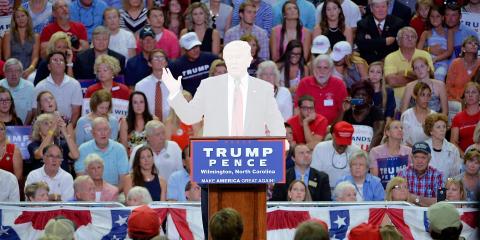 Trump in Wilmington, North Carolina, on August 9, 2016., The Intercept

It has become an article of faith among political pundits that GOP presidential nominee Donald Trump is energizing the white working class.

Political scientist Justin Gest wrote for Reuters that Trump “bluntly acknowledges an acute sense of loss that has been uniquely felt by the white working class.”

This week alone, MSNBC’s Joe Scarborough said Trump could compete in Pennsylvania because of the “sort of white working class bastions that would provide him opportunities to win”; CNN political commentator Matt Lewis declared that Trump’s “populist, protectionist, anti-globalist trade politics … I think plays well with a lot of working class Americans out there”; and conservative commentator Hugh Hewitt told MSNBC’s Andrea Mitchell “The white poor, the white working class in America feels very cut out by elites like you and me,” but “Trump is tapping into them in a big way.”

And yet, as New York Magazine’s Ed Kilgore recently noted, poll numbers actually show that Trump is now less popular with the white working class than Romney was. In 2012, Romney won 62 percent of noncollege-educated white voters. The latest NBC-Wall Street Journal poll showed that Trump isn’t even winning a clear majority with the group, with just 49 percent backing him. A McClatchy/Marist poll puts him even lower, at 46 percent. This is a reversal from earlier in the summer, when Trump’s support among the group was in the 60s, higher than Romney’s, though not by leaps and bounds.

Much of the analysis of Trump’s support was based on the fact that he did very well indeed among a particular group of white working-class voters early on: those who planned to vote in the GOP primary. Surowiecki, for instance, cited a July 2015 Washington Post/ABC News poll that showed a third of white GOP voters without college degrees had decided to support Trump, more than his rivals in the then-crowded field.

But one third of white working-class voters planning to vote in a GOP primary is not that many people. Trump got about 13 million primary votes, total. Even if half of those were from white working class voters, that’s still less than 3 percent of the 226 million eligible voters in 2016.

Within that GOP primary, for instance, the income differences between backers of the major candidates was not large over the course of the contest. A FiveThirtyEight analysis of exit poll data from primaries that took place through May 3 found that the median income of Trump voters was $71,000 — just $1,000 shy of the figure for voters backing Ted Cruz, Trump’s only serious rival for the nomination throughout the contest.

And as a group, one of the most defining attributes of the white working class is that fewer of them are voting each year.

Sean Trende, an analyst at RealClearPolitics, noted that there were more than six million fewer white voters in 2012 than there were in 2008, accounting for population growth.

Trende sought to analyze a number of possible explanations for the decline in white votes, including the idea that Romney was able to mobilize fewer evangelicals, because they were wary of his Mormon faith.

Ultimately, Trende discarded that explanation: there simply wasn’t enough evidence. What he found instead was that the “missing white voters,” as he dubbed them, were “downscale, blue-collar whites.” And counties that trended towards Ross Perot’s 1992 independent bid – built on a populist critique the North American Free Trade Agreement – had some of the largest white populations who did not vote.

Prior to the 2014 midterm election, Pew Research Center polled white Americans about their candidate preferences based on their levels of financial security – using criteria like being able to pay bills and having adequate savings.

Only in the most secure segment of Americans did Pew find that a simple majority planned to support Republican candidates. As financial security decreased, the category that benefitted most was not the Democrats, but rather “OTHER/NOT SURE” – indicating that the person being surveyed was not heavily engaged in the political process, and unlikely to vote:

John Halpin, an analyst at the Center for American Progress who runs its “States of Change” project, provided figures derived from the Current Population Survey to The Intercept that show how large the voting disparities are between whites without a college degree (typically referred to as working class) and those who graduated college. In 2010, for instance, turnout among white working-class voters was 41.9 percent. For those with college degrees, the turnout was 63.5 percent. In 2012’s presidential election, 57 percent of working-class whites participated, while 79 percent of those holding college degrees took part.

These trends among whites mirror larger trends about voting and class. Even in the 2008 election, which saw the highest turnout in decades, the majority of Americans under the income of $30,000 did not vote, as Census data compiled by the think tank Demos shows: 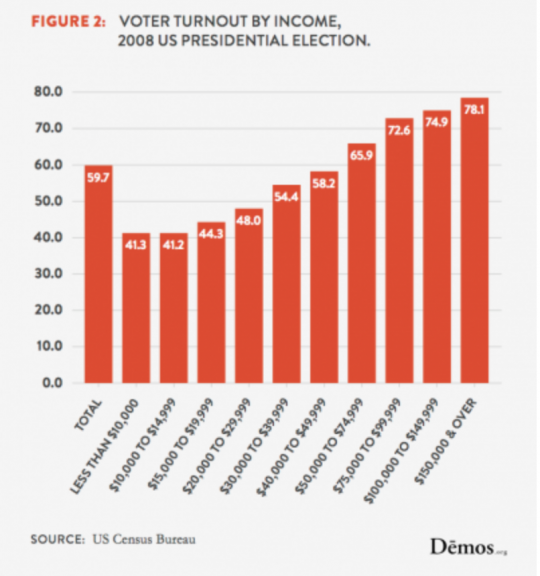 In 2014, this reduced turnout left families earning six figures as the sole group where the majority of adults voted, as Demos showed: 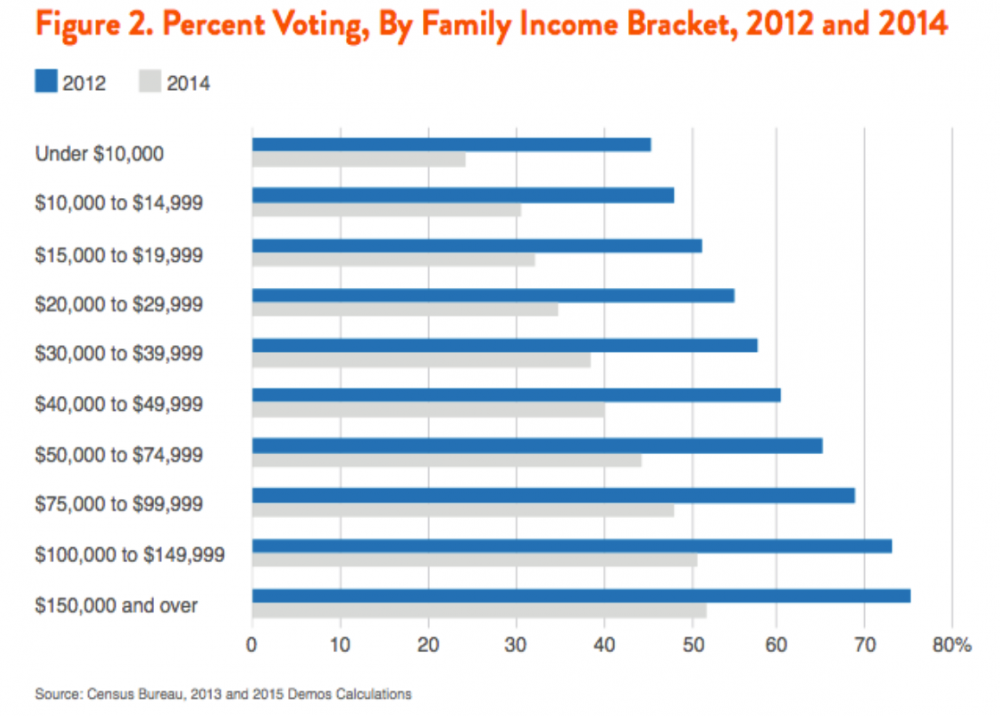 If a candidate were to come along who was able to win most white working-class voters – and energize them enough to boost their overall voter participation – that would indeed be noteworthy. But the evidence so far suggests Trump isn’t that candidate.

Zaid Jilani is a journalist who hails from Atlanta, Georgia. He has previously worked as a reporter-blogger for ThinkProgress, United Republic, the Progressive Change Campaign Committee, and Alternet.

He graduated from the University of Georgia in 2009 with a Bachelor of Arts in international affairs and received his master’s in public administration from Syracuse University in 2014.