The National Association for the Advancement of Colored Peoples, the nation’s oldest and most highly recognized civil rights organization, called for a national moratorium on charter schools this summer. Soon after, a bipartisan chorus of charter supporters cried foul attempting to present the so- called choice offered by charters, as well as other attributes of corporate education reform, as the next logical step in the Civil Rights Movement. 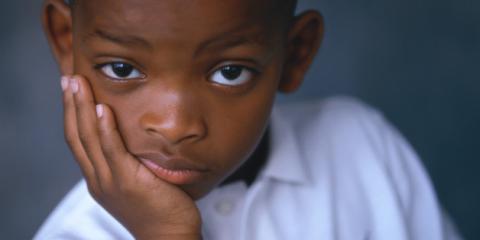 While one might be tempted to laugh off Donald Trump’s recent efforts to craft a “Civil Rights Agenda,” his labors punctuate a long history of attempted appropriation. Politicians and others have tried to assume the mantle of the Civil Rights Movement in support of policies and programs wholly inconsistent with that movement’s core social justice principles. This has been most evident of late in conversations about public education.

The National Association for the Advancement of Colored Peoples, the nation’s oldest and most highly recognized civil rights organization, called for a national moratorium on charter schools this summer. Soon after, a bipartisan chorus of charter supporters cried foul attempting to present the so- called choice offered by charters, as well as other attributes of corporate education reform, as the next logical step in the Civil Rights Movement.

It is all the more curious when many of the same people, like Trump, have been mostly silent on other issues impacting communities of color. They offer no support for the contemporary Black Lives Matter Movement. But, they can hardly contain their indignation when efforts are made on behalf of communities of color to block corporate education reform measures like high stakes testing and unregulated publicly financed charters.

Rather than addressing the NAACP’s position, some critics have sought to deflect the conversation. Writing in US News and World Report, Harvard University Government Professor Paul Peterson, for instance, attempted to shift the blame back on to teachers’ unions, and their supposed preservationist interest in fighting charters. He nevertheless wondered, “Why do many civil rights groups oppose charters?” He demonstrates a fundamental misunderstanding of the history of the movement and those who fought in it. Unions, for example, played an integral part in backing the Civil Rights Movement. While the history of the relationship is complex, union members were well represented among protesters and movement leaders like Martin Luther King Jr. often counted on them for critical financial support.

The relationship between the movement and unions is a given. Moreover, ending segregated schooling in the United States constituted the very essence of the most important case brought by the NAACP, Brown v. the Board of Education. Its goal was to end the doctrine of “separate but equal” in education. With the Brown decision, the United States Supreme Court affirmed the position of civil rights activists in challenging the 1896 dicta promulgated in Plessy v. Ferguson as “inherently unequal” and thus a violation of the 14th Amendment that barred such state supported segregation.

Today advocates of charters attempt to dress up support for these schools as a matter of choice and thus consistent with the democratizing impulse that under girded Brown. But they do so as part of an attempt to dismantle a well-funded and equitable system of public education open to all, which the NAACP, fought hard to ensure.

Not surprisingly, Trump’s September policy memo maintained that “States should have flexibility to use federal dollars to help parents and students find educational opportunities that meet their needs - including charter schools, magnet schools, private schools, religious schools, and homeschooling.” At the core, this, like similar proposals floated by some Democrats is inconsistent with the historical demands of organizations like the NAACP that led first to the desegregation of schools and then ongoing discussions about how best to achieve equity. The NAACP’s most recent statement regarding charter schools reinforces this formulation privileging access to a well-funded and administered system of public education as a key civil right.

Civil Rights workers were concerned first and foremost with the eradication of legal policies or structures like separate but equal that resulted in inequality. This mirrors the cornerstone of the NAACP’s current call for a moratorium on charter schools. They do not claim that all charters are bad, as some commentators have suggested, but declare that the unchecked proliferation of such schools represents a real danger to communities of color. They expressed concern about the dearth of evidence proving their effectiveness and deplore the resulting segregation they often produce. Most importantly, they question the equity of diverting public funds to support private enterprises. As the NAACP rightly observed, “[Charter schools] do not represent the public yet make decisions about how public funds are spent [and have] contributed to the increased segregation rather than diverse integration of our public school system.”

This is really the crux of the problem. The Civil Rights Movement was about inclusivity, while those who appropriate its language to buttress corporate education reform do so largely in support of programs that promote exclusivity at the public’s expense.

Charter school advocates nevertheless persist in the mythology of trickle down
edu-nomics, the idea that charter schools and high stakes testing can somehow deliver educational outcomes that will not only level the playing field but save the nation’s inner cities. One such study, published in 2014, claimed that high performing charters could draw people back into poor communities that lack quality educational options and opportunities for employment.

In the absence of reliable data to support this and a mountain of anecdotal evidence to the contrary pointing to the myriad abuses and anti-democratic elements of the ways many charters are supported and funded, the NAACP spoke powerfully in support of public education.

Rather than the blistering criticism, one wonders why those claiming the mantle of the movement have not flocked to the organization that brought about the demise of separate but equal to get a better understanding how and why it came to this position.

The answer, of course, is simple. They are not truly interested in addressing structural inequalities on any other terms except those that align with their own interests—
interests out of line with the history and language they appropriate and the people for whom they claim to speak and want to assist.

Yohuru Williams, Historian, professor, education activist and author of Teaching US History Beyond the Textbook (2008)