High school students around the country protest the election of Donald Trump. 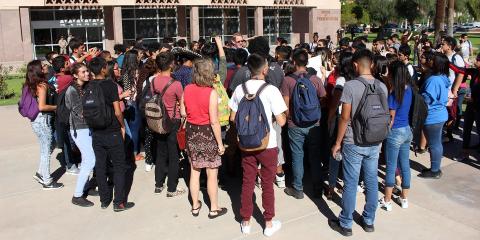 HIGH SCHOOL STUDENTS across the country staged walkouts today to protest Donald Trump’s election as president of the United States.

“Not my president,” they chanted as they marched.

“This is what democracy looks like,” Seattle West High School students chanted.

“The district prefers that its students are in class and participating,” Burress said. “However, we do understand their concern and we take it very seriously when they feel passionate about political issues. We’re doing everything we can to support them.” 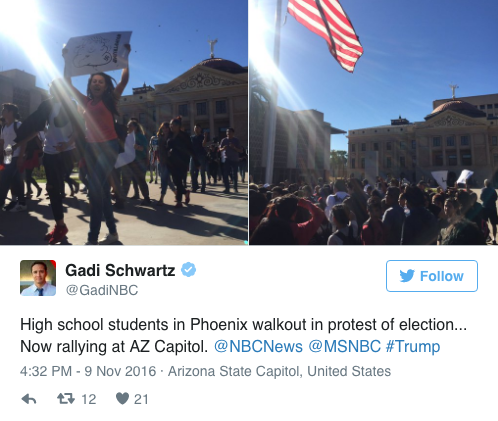 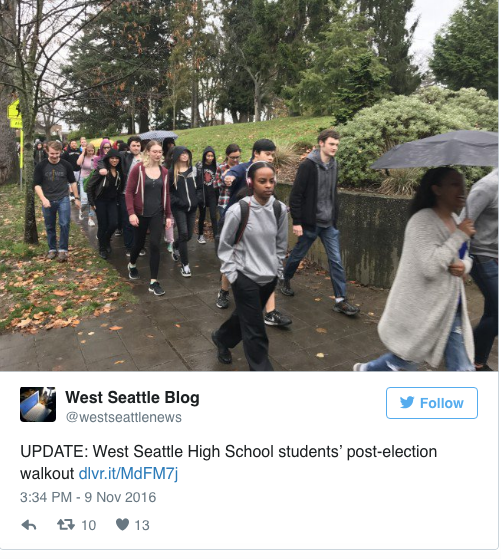 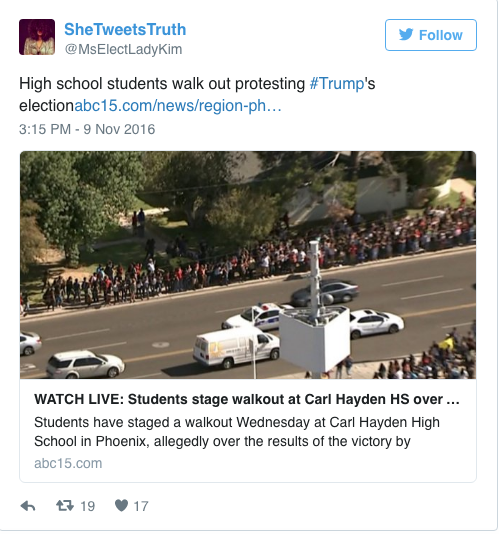 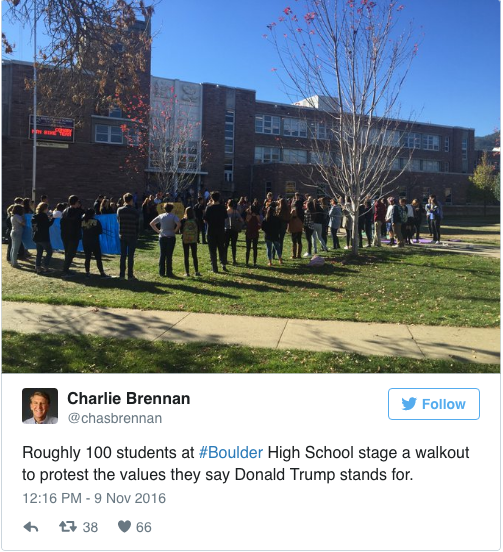