Listen Liberals: Russia Is Not Our Enemy

While I certainly understand it is in the interest of the military-industrial complex, to continue to vilify Russia in order to justify our already-bloated military spending, I am a bit taken aback at how eager most liberals are to embrace and even stoke this demonization. 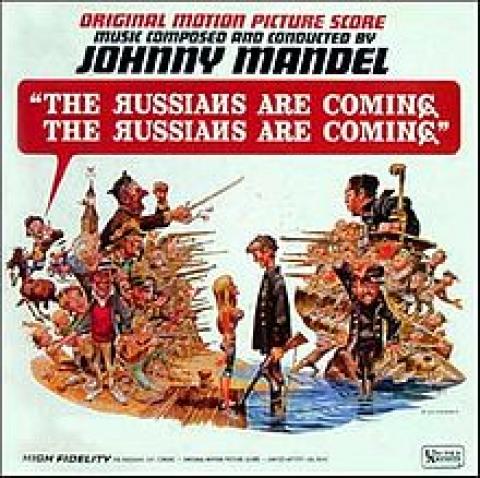 I must say that I am simply baffled by what appears to be the prevailing view in this country, and especially among liberals, that Russia is somehow a threat to the United States.

In truth, one of the only redeeming qualities of a Trump presidency that I saw was the possibility that his administration would repair ties with Russia and work with that country in trying to solve issues of mutual concern, particularly in the Middle East. Yet, that is one goal of the new White House which the establishment, both in Washington and in the media, seem hell-bent on preventing. Indeed, I agree with the assessment of a number of commentators, including Dennis Kucinich who is breaking ranks with fellow liberals over this issue, that the U.S. intelligence community’s successful attempt to remove Mike Flynn as National Security Adviser was motivated by the desire to keep the new Cold War going.

While I certainly understand it is in the interest of the military-industrial complex, again as Kucinich explains, to continue to vilify Russia in order to justify our already-bloated military spending, I am a bit taken aback at how eager most liberals are to embrace and even stoke this demonization.

Given the poor historical knowledge of most Americans, a little refresher on past and current affairs is in order.

Russia was our ally in WWII in defeating the Nazis. And, contrary to what most Americans are taught, it was Russia that truly won that war in Europe, having lost over 20 million people to the war and having been responsible for 80 percent of the Allies’ Nazi kills.

In addition, while many of us might not like the messenger, Donald Trump was correct when, asked about Putin being a killer, he suggested that the U.S. has been less than innocent in this respect. Indeed, though many were horrified by such a moment of candor by a U.S. President, Trump was engaging in gross understatement.

Let me be so bold as to say that, certainly since 1960 and up to the present time, the U.S. has been much more brutal and blood-thirsty than Russia. It is not even a close call here. For example, as Noam Chomsky (no lover of the USSR is he) has explained:

It is not seriously in question, as John Coatsworth writes in the recently published Cambridge University History of the Cold War, that from 1960 to “the Soviet collapse in 1990, the numbers of political prisoners, torture victims, and executions of nonviolent political dissenters in Latin America vastly exceeded those in the Soviet Union and its East European satellites.” Among the executed were many religious martyrs, and there were mass slaughters as well, consistently supported or initiated by Washington.

Chomsky goes on to detail the millions killed by the U.S. in Indochina during its shameful war on Vietnam, Laos and Cambodia, and Reagan’s support of apartheid South Africa’s rampage through Southern Africa which resulted in the deaths of 1.5 million people.

And, what about today? While many are up in arms about Russia’s annexation of the Crimea (though this was done with the approval of the majority of Crimeans who are happy to be returned to Russia) as well as Russia’s intervention in the war in Syria, these actions pale in comparison to the U.S.’s own intervention in Syria, its recent destruction of Libya, its destruction of Iraq and Afghanistan, its continued support for the Saudi rape of Yemen and the U.S.’s support for the pillaging of The Democratic Republic of the Congo which has cost the lives of around 6 million innocents.

It is these U.S. wars, along with the U.S.’s over 800 military bases in more than 70 countries (Russia has bases in only one country (Syria) outside the former Soviet Union) which has led to the U.S. rightly being viewed in a poll of people in 65 countries as by far the greatest threat to world peace.

Meanwhile, at the U.S.’s urging, and despite its promises to Russia in return for the Soviet Union relinquishing any hold over Eastern Europe, NATO now has troops up to the Russian border and the U.S. has just sold extended-range missiles to Poland which will surely be pointed at Russia. Russia is not similarly postured along the U.S.’s boundaries, and it is unthinkable that it ever would be.

In other words, it is Russia which should be afraid of us, and not the other way around. And, President Trump’s expressed desire to stop antagonizing Russia and to work with it in defeating ISIS in places like Syria should be welcomed as eminently reasonable and indeed necessary to avoid a possible nuclear confrontation. This should also be welcome by an American public whose resources have been drained by the greatest military-spending spree by far on the planet.

Certainly, liberals, who at least once stood for peace and for greater social spending, should be in the lead in cheering such overtures instead of drumming up anti-Russian hatred which can only lead to more war and more impoverishment of our society.

Dan Kovalik graduated from Columbia University School of Law in 1993, and has served as a labor and human rights lawyer ever since. He has taught International Human Rights at the University of Pittsburgh School of Law since 2012.