We should hardly be surprised that Bitcoin is on a wild speculative ride—that’s the essence of privatized credit creation. 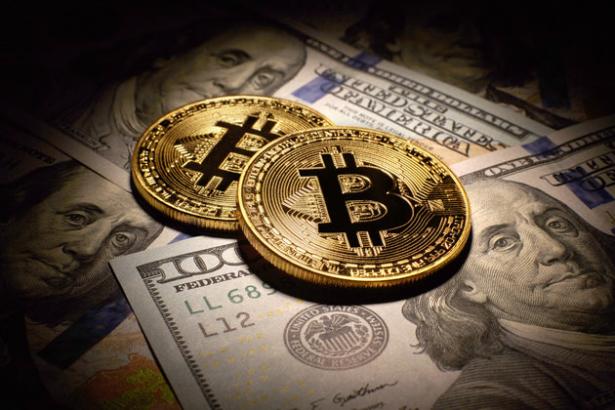 Imagine an unholy alliance between cyber-utopians, money-launderers, financial fraudsters and ultra free-marketeers. What sort of toxic contraption might they dream up?

That would be Bitcoin.

Remind me, what is the problem for which Bitcoin is a supposed solution? More on that in a moment.

For the time being, the immediate Bitcoin problem is that speculators in the virtual currency have been on a wild ride, with the price of a Bitcoin rising from under $1,000 to as high as over $18,000 and back down to $12,000 before setting for the moment around $14,000. This makes a few early bettors very rich, but exactly what real economic good does that do?

Okay, in case you missed it, here’s the pitch. Paying with checks, credit cards or bank transfers leaves a trail. But there is no trail with Bitcoin. In a world of drug traffickers, terrorists and Kremlin weaponizing of all things cyber, this is supposed to be a plus. Say what?

Conventional forms of money other than cash have transaction costs. Your checkbook, your credit cards, not to mention digital forms of money transfer such as the PayPal and Venmo, nick you for fees. But there is no fee with Bitcoin. (Actually, if you manage your money carefully you can reduce credit card and checking account fees to next to nothing.)

Thanks to its ingenious, tamper-proof “blockchain” cryptotechnology (don’t ask), Bitcoin is absolutely safe. If you believe that, I have a Russian bridge for you to buy.

And unlike nasty governments, which do things like managing the money supply or preventing de-stabilizing speculation, Bitcoin is independent of any government. This is also billed as a plus.

In case you missed it, check out the era of 19th century “free banking” in the U.S. It was a time when tiny banks could create infinite amounts of credit. The result was an era of euphoric credit booms followed by bank panics and depressions.

Ah, but the number of Bitcoins in circulation is strictly limited to $21 million. That was the claim, anyway. Well, there are now hundreds of other digital currencies, and thanks to the miracle of leverage and speculation in Bitcoins, the true sum is far higher. Exactly how much higher? We don’t really know.

Now in fairness, central banks and bank regulators did a pretty good job of managing the money supply for half a century after the Great Depression, and then they messed up big time. In the 1980s, regulators started getting captured by fin-tech wizards—people not unlike Bitcoin enthusiasts—who started inventing new forms of infinite leverage. It took about 20 years for this brew to become truly toxic. The result was the collapse of 2008.

We have a lot of work to do in order to return the business of financial regulation and good monetary policy to democratic control. But if you think that task can be entrusted to an algorithm, consider this. It’s an old idea—economists Milton Friedman and Friedrich Hayek advocated putting the money supply on auto-pilot.

But if that policy had been in effect when the financial collapse of 2008 occurred, and the economy had been left to the tender mercies of the invisible hand (much less the invisible cyber-hand), all of the banks would have gone bust and the economy, instead of experiencing the Great Recession, would have been in total collapse. Ben Bernanke, a Friedman enthusiast who was chairman of the Federal Reserve at the time, acknowledged that a hands-off policy was the opposite of what was needed.

So the next time the wizards of speculation produce yet another financial collapse, who ya gonna call? Bitcoin? Sorry, there’s nobody home.

I realize I’m in awkward company, here. The CEO of JPMorgan Chase, Jamie Dimon (who helped bring us the financial collapse, doesn’t like Bitcoin. The big banks don’t like the competition, right?

“No government will ever support a virtual currency that goes around borders and doesn’t have the same controls,” said Dimon. “It’s not going to happen.”

Dimon is right that the world’s central bankers should shut down virtual currencies, as both an invitation to money laundering and as a threat to monetary stability. Some central banks, such as the bank of Japan, are planning to create official digital currencies for cheap or free transactions, but in a context of regulated monetary policy. Europe has long had a less whiz-bang version of this, known as giro transfers, in which people instruct their banks to make payments on their behalf to vendors’ banks, rather than writing checks

And if the issue is more competition, the remedy is to break up the big banks, not to return to a digitized version of 19th century boom and bust credit creation. I may agree with Dimon on Bitcoin – I agreed with Steve Bannon on not going to nuclear war with North Korea – but that doesn’t mean I support either Bannon’s racism or Dimon’s predatory banking.

Sorry, but cyber-Santa is an illusion. Wishing us all a Merry Christmas and a Solvent New Year.

Robert Kuttner is co-editor of The American Prospect and professor at Brandeis University’s Heller School. His forthcoming book is Can Democracy Survive Global Capitalism?