It took millennia, but America’s founding farmers developed the grain that would fuel civilizations—and still does 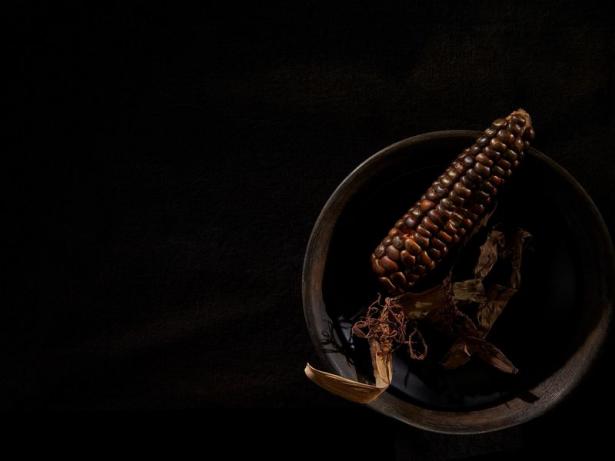 Carbon-dating techniques have now identified this ancient maize cob at about 950 to 1,000 years old, Greg Powers

Movie archaeologists are often pictured triumphantly extracting precious objects from the earth, instantly solving long-standing mysteries. Think of Indiana Jones’ Cross of Coronado, Staff of Ra and Ark of the Covenant. Real archaeologists mostly find small, almost valueless objects—and won’t know for years, or decades, what mystery they are resolving. Consider this ancient ear of maize, which Walter Hough pulled out of a New Mexico cave more than a century ago.

Hough worked at the Smithsonian National Museum of Natural History (the repository of this artifact) from 1886 to 1935. A kindly man with a static-cling memory who hunted arrowheads as a boy in West Virginia, he spent most of his career on the unsung but vital task of cataloging the museum’s collections. But he also took field trips into the Southwest, and in September 1905 he spent 12 days in what he called an “interesting cave.” It was in a bluff 150 feet above the Tularosa River, in New Mexico, about 30 miles east of the Arizona border. Because the climate there is extremely dry, virtually nothing in the cave had decayed. Formerly used by early colonists as a donkey corral, the cave was full of “rubbish and the droppings of animals, to a depth of 8 feet,” Hough wrote. Just walking around kicked up a choking cloud of dust that forced researchers to wear goggles and cover their faces.

Despite the terrible conditions, the researchers made an impressive haul: dried turkey cadavers, mammal bones, broken crockery, a brush made from grass, incense pipes, stones for grinding, cigarettes made from reeds, yucca-leaf sandals—and about a dozen maize cobs, some with kernels intact. (Archaeologists typically call the grain “maize,” rather than “corn,” because multicolored indigenous maize, usually eaten after drying and grinding, is strikingly unlike the large, sweet yellow-kernel cobs conjured up by the word “corn.”) Hough was working before archaeologists had the tools to accurately date artifacts, or even, pre-GPS, to note their exact location. He simply recorded the locale of his finds and carried them back to Washington, D.C.

It would be four and a half decades before Paul Sidney Martin, an archaeologist at Chicago’s Field Museum, examined Hough’s reports and followed in his footsteps. Most archaeologists specializing in the Southwest believed that its earliest inhabitants were the Anasazi (as the ancestral Pueblo were then known), who built cliff dwellings in Mesa Verde, 225 miles north of Tularosa Cave. But a few experts argued that the Tularosa area had housed a different culture, called the Mogollon, after a nearby mountain range. To resolve what was becoming a bitter controversy, Martin and his co-workers went to Tularosa Cave in June 1950—the first researchers there since Hough. In two summers, they unearthed tens of thousands of artifacts. And they made a convincing case that the pottery they found—especially starkly beautiful black-and-white remnants—looked nothing like Anasazi handiwork.

Among the Tularosa objects were, astonishingly, 33,000 ears of ancient maize. Fortuitously, Martin had access to a brand-new technology: radiocarbon dating, just invented at the University of Chicago. It can determine the age of plant remains and other organic materials. Indeed, the Tularosa cobs were among the first archaeological finds ever carbon-dated. Martin reported that some of the cobs were as old as 2,500 years. That suggested the cave had been inhabited before the Anasazi—key evidence, along with the unusual cave artifacts, for a separate Mogollon culture.

From about A.D. 200 to the arrival of the Spaniards, the Mogollon had occupied most of what is now Sonora and Chihuahua in Mexico as well as parts of southern Arizona and New Mexico. Their ancestors began as foragers, then switched to agriculture, including the cultivation of maize, which helped fuel the flowering of Mogollon culture. The Mogollon, in turn, played a large role in introducing maize to societies north of the Rio Grande, a pivotal event as important to North America as the arrival of rice was to China or wheat to the Middle East.

Hough and Martin didn’t have the scientific tools to analyze the genetic makeup of their maize specimens and trace precise origins or lineage. Perhaps hoping that future researchers would pore over his finds as he had pored over Hough’s, Martin and his coworkers sealed thousands of ancient cobs in plastic bags that are stored today at the Field Museum—the world’s greatest collection of Mogollon artifacts and remains.

Lately researchers using DNA probes and other technologies have been detailing the roughly 9,000-year process by which Native Americans transformed teosinte, the smallish semitropical grass with no ears or cobs, into maize, a productive, elaborate plant that can thrive in a cool temperate climate. In a 2003 analysis of cobs from Tularosa and locations in Mexico, researchers found that the earliest samples, some 6,300 years old, were apparently bred by people focused on boosting the crop yield by increasing the size of cobs and kernels. Later, in Mogollon times, growers were selecting for starch and grain qualities useful in making tortillas and tamales.

The transformation of a weedy grass into one of the world’s most important foodstuffs—think of the enormous stalks of corn rippling across Midwestern fields—is far more complex than anything we can do today in a lab, even with all our genetic prowess. How the continent’s first farmers accomplished that feat is a mystery. Drab debris found in a cave may hold the clues.

Charles C. Mann is the author, most recently, of The Wizard and the Prophet (Knopf). His previous books include 1491 (Vintage 2006), which won the National Academies’ Keck Award for best book of the year, and 1493 (Vintage 2012), a New York Times best-seller. Read more from this author