Kansas State Sen. Dinah Sykes, one of at least three former Republican Kansas lawmakers to defect to the Democratic Party last month, wrote that she could no longer ignore the divisive rhetoric pushed by some of her right-leaning colleagues. 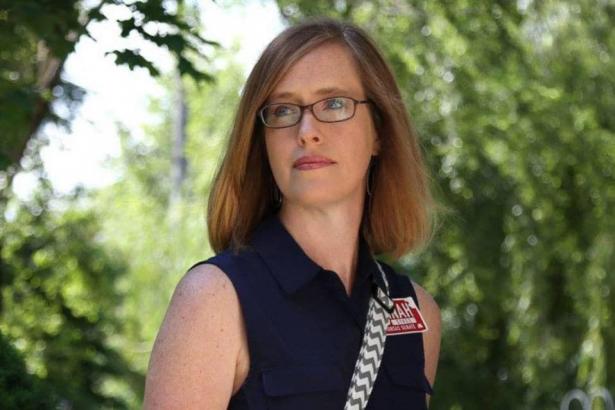 A Kansas state senator who recently left the GOP to become a Democrat penned a blistering op-ed for The Washington Post on Sunday in which she blasted Republicans for refusing to reach across the aisle.

Kansas state Sen. Dinah Sykes, one of at least three former Republican Kansas lawmakers to defect to the Democratic Party last month, wrote that she could no longer ignore the divisive rhetoric pushed by some of her right-leaning colleagues.

“Compromise, common sense and listening to all sides of an issue don’t seem like countercultural values,” Skykes wrote in the Post. “But in my state’s Republican Party, such values have become increasingly difficult to find. ... To many in the Republican Party, ‘bipartisan’ had become a dirty word.”

She continued, “Making matters worse were almost daily emails from constituents asking if I agreed with the latest absurd tweet by the president or a racist statement made against newly elected Rep. Sharice Davids (D-Kan.) by a local Republican precinct committeeman. I did not.”

"I see a future in which sound policy is valued above scoring cheap political points."

Sykes, who assumed office in January 2017, hinted that the Republican nomination of Kansas Secretary of State Kris Kobach in the gubernatorial race last year marked a turning point in her rejection of the GOP.

Despite nabbing Trump’s endorsement, Kobach was defeated by Democratic state Sen. Laura Kelly in the November midterm elections by 4.5 percentage points. Kansas is traditionally Republican and has voted for only one Democratic presidential candidate since 1940.

“If Kobach embodied the direction the state and national party were headed and ultraconservatives continued to dominate the platform, I knew my values no longer aligned with the Republican Party, and I no longer wanted to be a part of it,” Sykes wrote.

She continued, “I want to dedicate my time to serving the people in my district and working for the good of all Kansans in the party of Gov.-elect Laura Kelly — a dedicated, hard-working public servant who, in her own words, saw the results of the 2018 election as a ‘wave of common sense’ and civility.”

Sykes said her move to the Democratic Party has already made her more optimistic about the future of her state and the country.

“I have found that I am respected, my opinion is valued, and open discussions are encouraged,” she wrote. “I see a future in which sound policy is valued above scoring cheap political points.”

Sykes is one of several lawmakers to defect from the Republican Party since Trump’s victory in 2016. Kansas state Sen. Barbara Bollier and Rep. Stephanie Clayton, citing conflicting values with the GOP, also rebranded themselves as Democrats last month after serving as Republicans.

And in Maine, state Rep. Don Marean, who was re-elected in November, announced on Jan. 3 that he had decided to leave the Republican Party to become an independent.