The institute sparked outrage after it rescinded an award to the longtime civil rights activist, with speculation it was due to her activism for Palestinian rights. 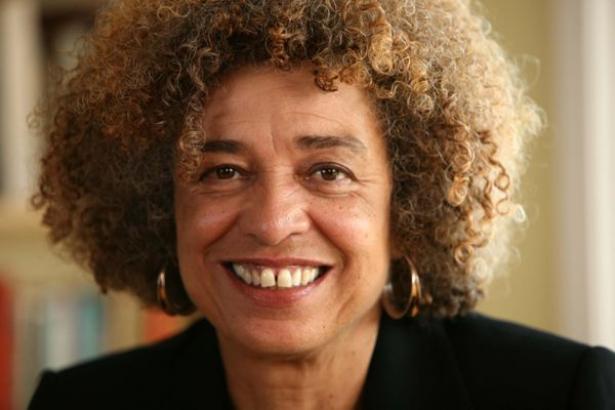 Angela Davis has been reoffered an award from an Alabama civil rights museum after it sparked controversy for rescinding the honor this month.

The Birmingham Civil Rights Institute released a statement on Friday announcing its decision to reaffirm Davis as the recipient of its 2018 Fred L. Shuttlesworth Human Rights Award.

Davis was personally invited to accept the award, the institute said, adding that it “respects her privacy and timing in whatever her response may ultimately be.”

In keeping with its commitment to learning from its mistakes and in order to stay true to the BCRI’s mission, the Board of Directors has voted to reaffirm Dr. Angela Y. Davis as the recipient of the 2018 Shuttlesworth Human Rights Award. https://t.co/LHOdEYyhFS pic.twitter.com/5QdL3BWFkF

“Dr. Angela Davis, a daughter of Birmingham, is highly regarded throughout the world as a human rights activist,” BCRI President and CEO Andrea L. Taylor said in the statement, citing Davis’ “significance in the movement for human rights, her involvement in raising issues of feminism, as well as her leadership in the campaign against mass incarceration.”

The institute announced in September that Davis would receive the award, after a board meeting on Sept. 18.

In early January the BCRI announced that it was canceling a gala planned for February and rescinding the honor for Davis, saying she “unfortunately does not meet all of the criteria on which the award is based,” The Associated Press reported.

In an interview with Democracy Now this month, Davis, a scholar and civil rights icon born in then-segregated Birmingham, said the reasons behind the decision were not initially made clear to her.

“When I made requests to them to offer me more substantive reasons for the rescission of the award, I was met with very abstract responses,” she said.

While others are working to diminish Angela Davis’ lifelong work for human rights because of her commitment to justice for Palestinians, we’re taking out an ad in the Birmingham News to honor her and show JVP’s support and solidarity. pic.twitter.com/H85yFfXq9n

Davis released a statement this month indicating that she later learned her “long-term support of justice for Palestine was at issue.”

The Birmingham Holocaust Education Center reportedly sent a letter to the institute on Jan. 2 asking its board to reconsider honoring her, because of her support for the boycott, divestment and sanctions movement, according to AL.com.

BCRI’s statement noted that the board “began receiving messages of concern from various segments in the Birmingham Community” strongly opposing Davis’ “views on a variety of issues.”

The statement did not provide details on the nature or source of the complaints.

The Birmingham Holocaust Education Center’s letter to the institute, obtained by AL.com, expressed “concern and disappointment” over the decision to honor Davis.

The decision to rescind the award sparked outrage on social media and condemnation from organizers and other groups, including the social justice organization Jewish Voice for Peace, which launched a petition in support of Davis this month.

“The decision seems to stem from a misinformed view that to advocate for Palestinian human rights is somehow offensive to the Jewish community,” the petition read.

Birmingham Mayor Randall Woodfin released a statement saying he was “dismayed” by the institute’s decision to rescind the award.

The BCRI said its board voted 9-2 on Jan. 4 to rescind the award “based on new input from the community.” The board issued an apology on Jan. 14.

“Immediately after that public apology, in keeping with its commitment to learning from its mistakes and in order to stay true to the BCRI’s founding mission, the Board voted to reaffirm Dr. Davis as the recipient,” the BCRI said in a statement.

The annual award pays tribute to the Rev. Fred L. Shuttlesworth, a civil rights activist who died in 2011 at 89.