A Problem for Kamala Harris: Can a Prosecutor Become President in the Age of Black Lives Matter?

To become a prosecutor is to make a choice to align oneself with a powerful and fundamentally biased system. 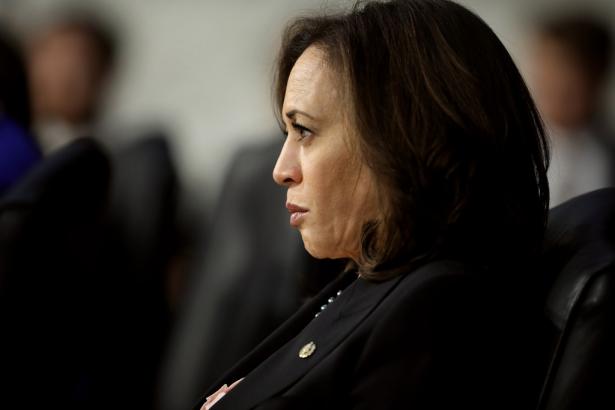 Kamala Harris has a prosecutor problem.

She’s running for president as a progressive, but as attorney general of California, she criminalized truancy — making it a crime for kids to be late for school and dragging into the criminal justice system even more disproportionately low-income, predominantly black and Latino families. She’s overlooked the misconduct of her prosecutors and fought to uphold their wrongfully secured convictions. She defended California’s choice to deny gender reassignment surgery to a transgender inmate, and in 2014, she appealed a federal judge’s holding that the death penalty was unconstitutional.

The list goes on and on. But in some ways, the details don’t matter. The problem isn’t that Harris was an especially bad prosecutor. She made positive contributions as well, encouraging education and re-entry programs for ex-offenders, for instance. The problem, more precisely, is that she was ever a prosecutor at all.

To become a prosecutor is to make a choice to align oneself with a powerful and fundamentally biased system. As Paul Butler, former prosecutor and author of “Chokehold: Policing Black Men,” told The Guardian, “as a lawyer who went to law school with a goal of helping black people and using my legal skills to make things better, the realization that the law itself was a mechanism to keep African-American people down was frightening.” He added, “Lawyers are competitive and ambitious, and the way that manifests itself in a prosecutor’s office is you want to get tough sentences. I got caught up in that world. You feel like you’re doing the Lord’s work — you tell yourselves that you’re helping the community.” But, he vividly recalls, the expectation is far from reality.

To become a prosecutor is to make a choice to align oneself with a powerful and fundamentally biased system.

Compare his self-reflection with Harris’s reply when asked about her decision to become a prosecutor: “There is a duty and responsibility to be a voice for the most voiceless and vulnerable and to do the work of justice. And that’s the work I wanted to do.”

Harris’s response might be understandable coming from someone with less experience — a layperson, a law student, or even a junior district attorney. But who, especially in the era of Black Lives Matter, would flatly describe the enforcement arm of the criminal justice system as doing “the work of justice”? What person with any experience in criminal court can claim to be an advocate for the “most vulnerable,” without recognizing that the victim in one case is often the defendant in the next — that the issues at play are systemic and that the justice meted out by the court system is a rough one at best? Harris has stayed away from engaging with these deeper questions in interviews. Perhaps because as a prosecutor, she understands that there are no good answers.

In a recent NPR interview, Harris revealed that her own parents questioned her choice to become a prosecutor. “My family and extended family thought, at best, it was a curious decision,” she recalled,  saying that she had to defend it “like one would a thesis.” They asked, in Harris’s words, “why would you go and be a part of an institution that is not always fair and does not always pursue justice?” An understandable question from parents who met in Berkeley in the 1960s — a bastion of American progressivism at a time of rapid social progress — speaking to a daughter who was making the choice to jail people for a living at the start of the mass incarceration crisis of the 1990s.

Harris’s choices are thrown in a more unflattering light when compared to the relatively short tenure of former public defender and civil rights lawyer Larry Krasner, district attorney of Philadelphia.

In his first week, Krasner fired 31 prosecutors who weren’t committed to his reforms, and last February, he promulgated a list of new policies with massive, “revolutionary” scope. The office no longer charges sex workers with fewer than three convictions, nor does it prosecute marijuana possession. It no longer starts the plea negotiation process with the highest possible sentencing, a practice that privileges leverage over substantive justice. And he instructed his prosecutors to tally the cost of incarcerating everyone sentenced with a crime and to demonstrate why the expense — upwards of $42,000 a year per person — is justified in a city where the average total family income is $41,000. Although it’s hard to make a difference from inside a prosecutor’s office, Krasner has shown that it can be done from the very top.

Notably, the dramatic reforms he has put in place were informed by his experiences on the defendants’ side of the courtroom, which offers a clearer view of systemic inequities intrinsic to the criminal justice system: clients who languish in jail due to a failure to come up with a few hundred dollars in bail money; undocumented parents who go to trial because taking a plea would mean deportation and separation from their children; exculpatory evidence wrongly withheld, and, all too often, the lack of consequences for the prosecutors who withhold it.

Importantly, if Harris had to be tougher on crime because she is black, it wasn’t for the sake of some higher ideal. It was because her personal ambitions demanded it.

The point here isn’t to judge Harris by Krasner’s standard. But it is important to acknowledge that Harris, who regularly describes herself as a progressive prosecutor, is not one, and criticizing her record is fair game.

But many of Harris’s defenders disagree.

Although the growing focus on Harris’s law enforcement background is commensurate with her rising profile as a 2020 contender, to some of her supporters, the attention seems unfair.

Journalist Jill Filipovic argued on Twitter recently that she judges Harris’s history less harshly because black women “shoulder additional burdens” compared to white men, and women have to prove that they are “tough.” Filipovic acknowledges that Harris’s race and gender don’t “excuse” her record, but, she insists, “context matters.”

It’s difficult to understand, though, how the context matters here except to provide some kind of excuse. I’m not without sympathy for the additional pressures exerted on Harris because she is a black woman — after all, unlike Filipovic, I am one too. But those sympathies do not eclipse the concern I have for the black women who bore the consequences of Harris’s prosecutorial misjudgment. Importantly, if Harris had to be tougher on crime because she is black, it wasn’t for the sake of some higher ideal. It was because her personal ambitions demanded it.

Filipovic is asking that we trade the representational benefit of having black leadership — or even worse, the careerist ambitions of one elite black woman — for the well-being of the black constituents she was ostensibly elected to protect. To become San Francisco district attorney, she notably defeated Terence Hallinan, a committed progressive who, like Krasner, thought that sex workers and minor drug offenders should not be prosecuted, and he is also a white man. If anything, Filipovic’s tweets constitute an argument against electing black people to higher office — one that I don’t agree with, to be clear.

Filipovic argues that Harris is a victim of an Overton window shift, tweeting: “Now, the rules have shifted (and I don’t think it’s a coincidence that they shifted right as more women began succeeding within the system).” Of course, the growing consciousness around criminal justice issues isn’t a conspiracy to keep black women out of office. But in one way she’s right. The world has changed.

Candidates who started laying the bricks of their path to the White House years ago will have to reckon with the fact that the public imagination has expanded beyond the impotent incrementalism that has long been held up as America’s best option.

It used to be the case that a well-worn and respected path to politics started in law school and cut through the district attorney’s office. Forty-seven members of the 115th Congress were former prosecutors. Two former state attorneys general, Bill Clinton and Martin Van Buren, even made it to the Oval Office.

That trajectory seems less tenable today — at least for those on the left — and candidates who started laying the bricks of their path to the White House years ago will have to reckon with the fact that the public imagination has expanded beyond the impotent incrementalism that has long been held up as America’s best option. The more deft among the candidates — and we’ll see if Harris is among them — will figure out how to distance themselves from their records with sincere apologies and, even better, actions that manifest a commitment to change. Not everyone will successfully rehabilitate themselves. And that’s not necessarily a bad thing.

During a recent episode of her show, MSNBC host Joy Ann Reid didn’t even pause to question the expectation that Democrats pander to right-wingers and moderates by tacking to the right on crime. “[Harris’s] criminal justice background is probably good in a general election because Democrats always like to run as, you know, criminal justice, tough on crime, etc. etc. etc. since the Clinton era,” she said.

Reid was, of course, right to observe that Democrats have run as “tough on crime” for the very same reasons Filipovic offered as a justification of Harris’s record: They were practically required to do so to get ahead. But I would suggest this: None of them were so obligated.

Perhaps the most enduring lesson of Sen. Bernie Sanders’s 2016 presidential campaign — during which he earned votes from 43 percent of Democratic Party primary participants despite starting with name recognition in the teens, enduring a corporate media blackout, and declining to take corporate PAC money — is that the traditional rules around how much you have to sell out to get ahead were wrong. Rep. Alexandria Ocasio-Cortez and myriad candidates who won or over-performed in last year’s midterms understood this, as do the leaders of the 2020 field, who have largely sworn off corporate PAC money and who have adopted the bulk of Sanders’s 2016 platform. As it turns out, doing the right thing is actually a winning proposition.

Things have changed. For the better.

Briahna Gray is a columnist and senior politics editor at The Intercept. She is also an opinion columnist with a focus on progressive political messaging, as well as issues relating to identity and culture. Her work has appeared in The Guardian, New York Magazine, Rolling Stone, Current Affairs, and The Week, among others. Her insights regarding the weaponization of identity in the contemporary political sphere can be found in the Fusion documentary “Trumpland: Kill All Normies,” as well as a variety of podcasts and online programs, including NPR, TYT, and The Real News.

Prior to joining The Intercept, she practiced law at a boutique litigation firm in New York City and was contributing editor to Current Affairs Magazine. She is also the co-host of the podcast “SWOTI (Someone’s Wrong on the Internet),” on which she applies a leftist lens to subjects relating to both politics and pop culture. She received a Juris Doctorate from Harvard Law School in 2011, and a Bachelor of Arts from Harvard College in 2007.

She splits her time between New York and Washington, D.C.

Join Our Newsletter  Original reporting. Fearless journalism. Delivered to you.

I’m in
The Intercept depends on the support of readers like you to help keep our nonprofit newsroom strong and independent. Join Us