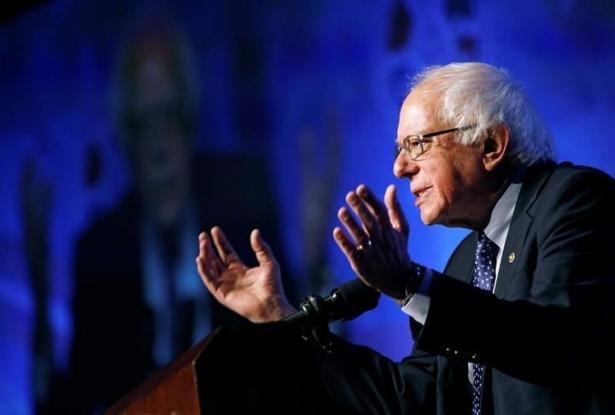 Bernie Sanders on Wednesday formally introduced an updated version of his bill to enroll every U.S. resident in a single, government-run health insurance plan.

This new iteration of “Medicare for All” legislation looks a lot like the previous one, which the independent Vermont senator introduced in the fall of 2017. It envisions a government insurance plan that would pay for all medical services with almost no out-of-pocket expenses, making it more comprehensive than either traditional Medicare or employer policies.

The latest version of Medicare for All also includes coverage of home health aides, job counselors, and other supports that allow disabled and elderly people to live on their own, outside of nursing homes or other institutions.

Funding for the legislation would have to come through some combination of taxes and fees, in lieu of what employers and individuals pay for insurance today, with government regulating the prices of prescription drugs, hospital services and every other type of health care service in order to keep the program’s overall costs manageable.

The new bill, like its predecessors, does not offer many details on these financial provisions, making it impossible to say with precision how different groups of Americans would ultimately fare, or whether it would require new deficit spending. But Sanders on Wednesday is distributing a separate list of funding options, including new payroll taxes, and vowing to fight health care industry groups that, he said, were profiting at the expense of the American public.

“The current debate over Medicare for All really has nothing to do with health care, it’s all about greed and huge profits,” Sanders planned to say at a news conference, according to prepared remarks his office circulated in advance. “It is about whether we maintain a dysfunctional system which allows health insurance companies and drug companies to make tens of billions of dollars in profits and their CEOs to make outrageous compensation packages.”

With millions of Americans struggling to pay their medical bills, even with the Affordable Care Act in place, the idea of creating a single, national health insurance program that would cover nearly all medical expenses is attracting greater interest than it has in many decades.

The 2017 Medicare for All bill had 16 Democratic senators as co-sponsors, far more than Sanders had recruited previously, and the 2019 version has nearly as many. Among the Democratic senators on both the old and new bills are Cory Booker of New Jersey, Kirsten Gillibrand of New York, Kamala Harris of California, and Elizabeth Warren of Massachusetts ― all of whom, like Sanders, are seeking the 2020 Democratic presidential nomination.

“The fact that his new bill has attracted support from many other senators, including presidential front-runners, is a sign that politicians are really starting to listen to the people,” Adam Gaffney, president of Physicians for a National Health Plan, said. “It’s an encouraging development, though obviously large obstacles lie ahead.”

And those obstacles loom larger every day. Precisely because Medicare for All is getting more serious attention, it’s also generating more serious pushback ― not just from Republicans and health care industry groups, who are already mobilizing against it, but also from some Democrats, who say the Sanders proposal would be too difficult to pull off, as policy or politics, or simply not a great idea on the merits.

One Democratic senator who supported the 2017 bill, Jeanne Shaheen of New Hampshire, has pointedly declined to endorse the new version. “In the near term, there are faster ways to reach universal coverage by building on the progress we’ve made through the Affordable Care Act, while addressing the high cost of care and medications,” Shaheen told HuffPost.

And all four of the 2020 contenders co-sponsoring the Sanders bill have indicated during campaign appearances they would also support more incremental efforts to achieve universal coverage, such as proposals that would allow employers to keep offering private coverage for employees who want it.

One reason some Democrats have misgivings is the public’s decidedly mixed feelings about the kind of transformation Sanders envisions. Americans like the sound of Medicare for All but, as polls have shown repeatedly, they get skittish when they realize it means giving up private insurance.

“There are 160 million people who get their insurance through their employer,” Rep. Rosa DeLauro (D-Conn.), sponsor of a bill that would create a government insurance plan but make it voluntary for many people, said earlier this year. “You cannot tell them overnight that it is gone.”

Or, at the very least, you cannot do so without expecting a lot of resistance. Although centralized systems in other developed countries deliver high quality, universal coverage at a fraction of what it costs in America, none of those other countries first had to dismantle a scheme as entrenched and expensive as the U.S. system.

Simply enacting such a program would be daunting, especially if the Senate does not modify or abolish the filibuster, which effectively requires a vote of 60 members to pass most legislation. In an interview with HuffPost on Saturday, Sanders indicated that he was wary of abolishing the filibuster.

And although Sanders on Wednesday will cite independent studies showing that a Medicare for All system could actually result in the U.S. spending less money on health care, those studies assume savings from simplified billing and lower payments to health care providers that, some experts worry, might not materialize as planned.

But Sanders is no stranger to skepticism. Almost nobody in mainstream politics took Medicare for All seriously before Sanders made it the linchpin of his 2016 bid for the Democratic presidential nomination. And although he has effectively lost the support of one additional senator ― former Minnesota Democrat Al Franken co-sponsored the 2017 bill but his replacement, Tina Smith, isn’t on the 2019 version ― Sanders now boasts the support of twice as many outside groups as in 2017, including the powerful labor unions, the American Federation of Teachers and the Service Employees International Union.

The new bill is also winning praise from representatives of the disability rights community, who worked closely with Sanders on crafting the provisions for home- and community-based services ― which, today, are typically available only for people whose low incomes qualify them for Medicaid, and even then only on a limited basis. Previous versions of the Sanders bill did not include this coverage.

“We are grateful to Senator Sanders for including home and community-based long term services and supports (LTSS) as part of the Medicare for All bill,” said Nicole Jorwic, senior director of public policy at The Arc. “The ‘All’ includes people on waiting lists for these services all over the country.”

Sanders envisions moving all people into the new government insurance program over the course of four years. That is a key difference between his bill and the latest version of House Medicare for All legislation, which Rep. Pramila Jayapal introduced in February and which calls for a transition of just two years.

But in most respects the two bills are similar ― and on a similar political trajectory. The new version of Jayapal’s legislation included enhancements, including better coverage of long-term care for the elderly and disabled. It also had slightly less support than a previous version: About two dozen incumbent House Democrats who signed onto a Medicare for All bill in the last Congress declined to co-sponsor Jayapal’s. But Jayapal also secured support from new interest groups, including some of the unions that are now signing onto the Sanders bill as well.

Although many Democrats in Congress aren’t ready to support Medicare for All, most seem to favor at least some expansion of government-run insurance programs. And even the most conservative members of the party’s caucus agree on the need to defend the Affordable Care Act’s gains against President Donald Trump, who recently announced his support for a lawsuit that would wipe the law off the books because of one allegedly unconstitutional provision.

But on Capitol Hill, Republicans seem eager to deemphasize “Obamacare,” which polls show becoming more popular, and focus instead on Medicare for All, which has the potential to rattle voters who fear change.

“People say ‘I don’t know what Medicare for All is about,’” Sen. John Barrasso, a Wyoming Republican who happens to be a physician, told HuffPost. “Well as a doctor, I can tell you. It means longer lines and waiting times to get to see a doctor. It means higher taxes. It means fewer choices, less freedom.”

In reality, countries with single government programs and other forms of national health insurance frequently have shorter waits for services ― not to mention far fewer people struggling with medical bills. Just this past week, Gallup published a survey in which one-third of Americans reported that they or a family member postponed medical care because of concerns over cost.

“Thirty-four million have no health insurance, even more are underinsured and one insurance company executive pockets almost $500 million for a merger which will only drive health care costs higher,” Sanders plans to say on Wednesday. “Please don’t tell me that this is a rational health care system.”