The Netflix documentary follows four women who took on congressional incumbents in 2018, including Rep. Alexandria Ocasio-Cortez. 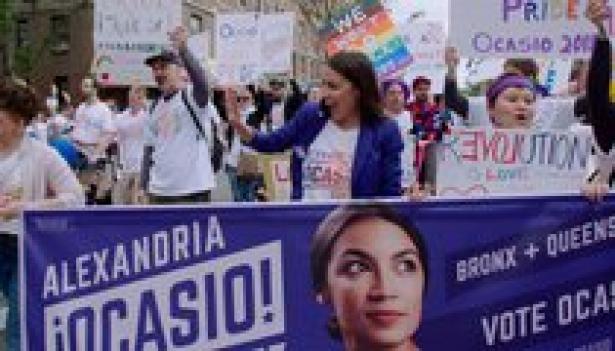 Nearly one year after Alexandria Ocasio-Cortez mobilized a grassroots progressive movement and handed a veteran New York congressman a shock primary defeat, it’s hard to remember a time when the now-congresswoman wasn’t a household name. The new documentary “Knock Down the House” chronicles what happened before her political rise: canvassing street corners to cobble together enough support to get on the ballot, while balancing her day job as a bartender at a taqueria.

Ocasio-Cortez and three other women who challenged congressional incumbents in the 2018 midterm elections — Cori Bush, Paula Jean Swearengin and Amy Vilela — were among the scores of new candidates who entered politics after the 2016 elections. In their cases, they were recruited and trained by Brand New Congress and Justice Democrats. The two political organizations were created by former staffers from Bernie Sanders’ 2016 presidential campaign who wanted to identify progressive candidates from a wide range of backgrounds and give them tools for building campaigns against powerful establishment candidates.

Premiering on Netflix and in select theaters Wednesday, director Rachel Lears’ fly-on-the-wall view of the four women’s campaigns shares a lot of the same qualities of past documentaries on political campaigns, depicting underdog candidates, scrappy offices and staffers, and the soul-crushing grind of fundraising — but with a groundbreaking difference.

Just as these diverse candidates broke the traditional mold of politics, “Knock Down the House” — by centering women and women of color — dispenses with the tradition of mostly white male candidates whose campaigns have gotten the documentary treatment and candidly depicts the challenges the subjects face as women. 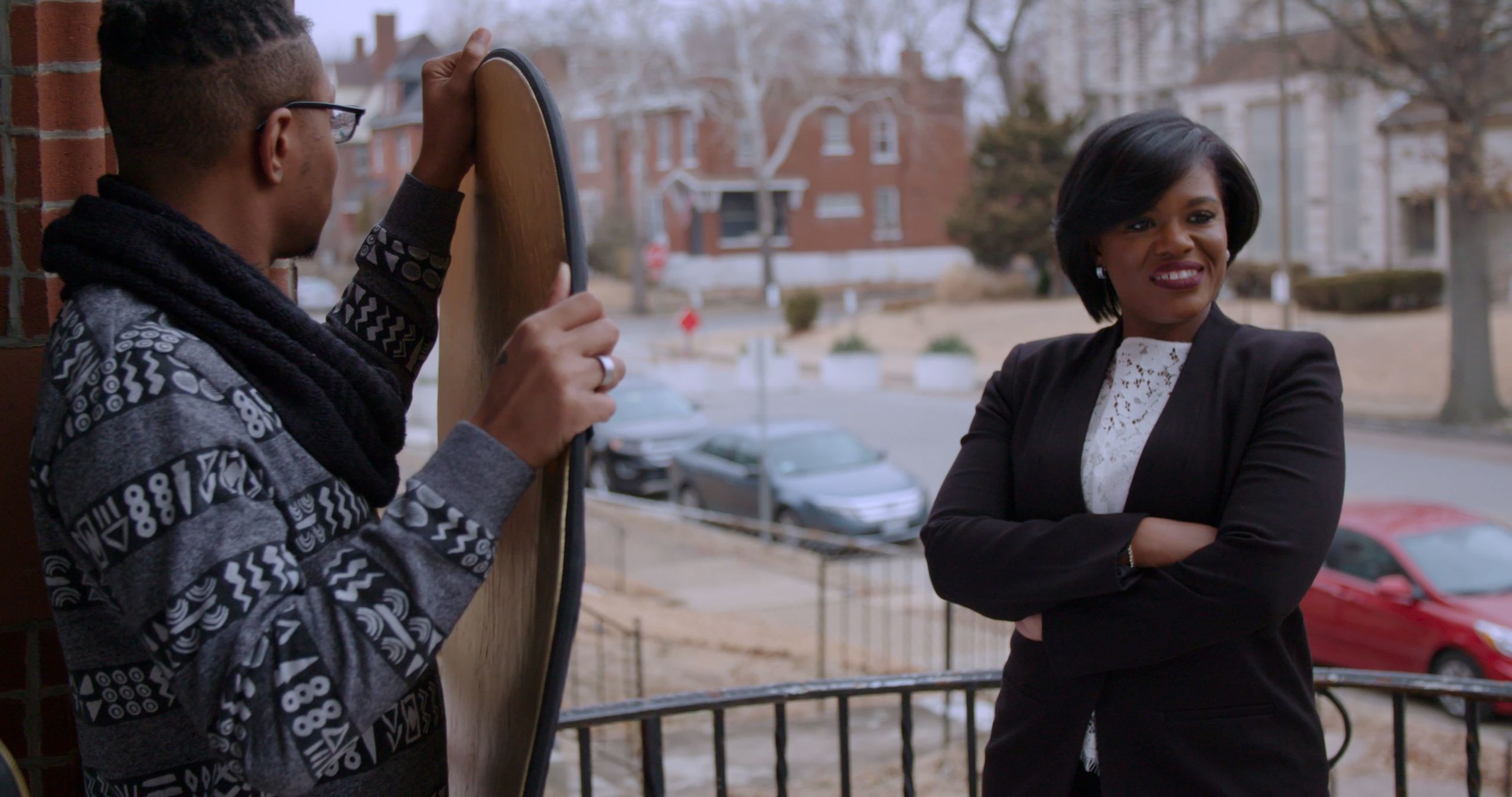 Cori Bush takes her campaign photos in a scene from “Knock Down the House.”

“Being a woman of color, our image is really scrutinized. You have to speak like this, you have to dress like this,” Bush, a St. Louis nurse and pastor who became an activist following the death of Michael Brown, says in the documentary. “I decided that, yeah, I don’t care.”

While canvassing in the documentary, Ocasio-Cortez worries that “when I’m trying to be polite to someone, I feel like my voice goes up two octaves.”

Swearengin, who ran a primary challenge against Sen. Joe Manchin (D-W.Va.), recalls in the documentary that someone advised her: “‘You shouldn’t show your emotion because women are considered fragile if you do. And you need to be more of a bitch.’ I said, ‘I’m not a dog.’”

In an interview, Lears told HuffPost that she initially did not intend to focus on women, but more broadly, “the idea of regular people taking on political machines.”

But after meeting several dozen Brand New Congress and Justice Democrats candidates, Lears chose to begin following the four women when it became clear that a record number of women were entering politics in the wake of President Donald Trump’s election.

She also chose them because she wanted to document candidates who were running for deeply personal reasons ― partially because their “charismatic presence” would make for a compelling film but also because of logistical reasons.

“We needed to find people that would be great to watch, no matter what happened with the elections,” Lears said. “We didn’t have the kind of budget to follow 30 candidates and hope that we get a win.” 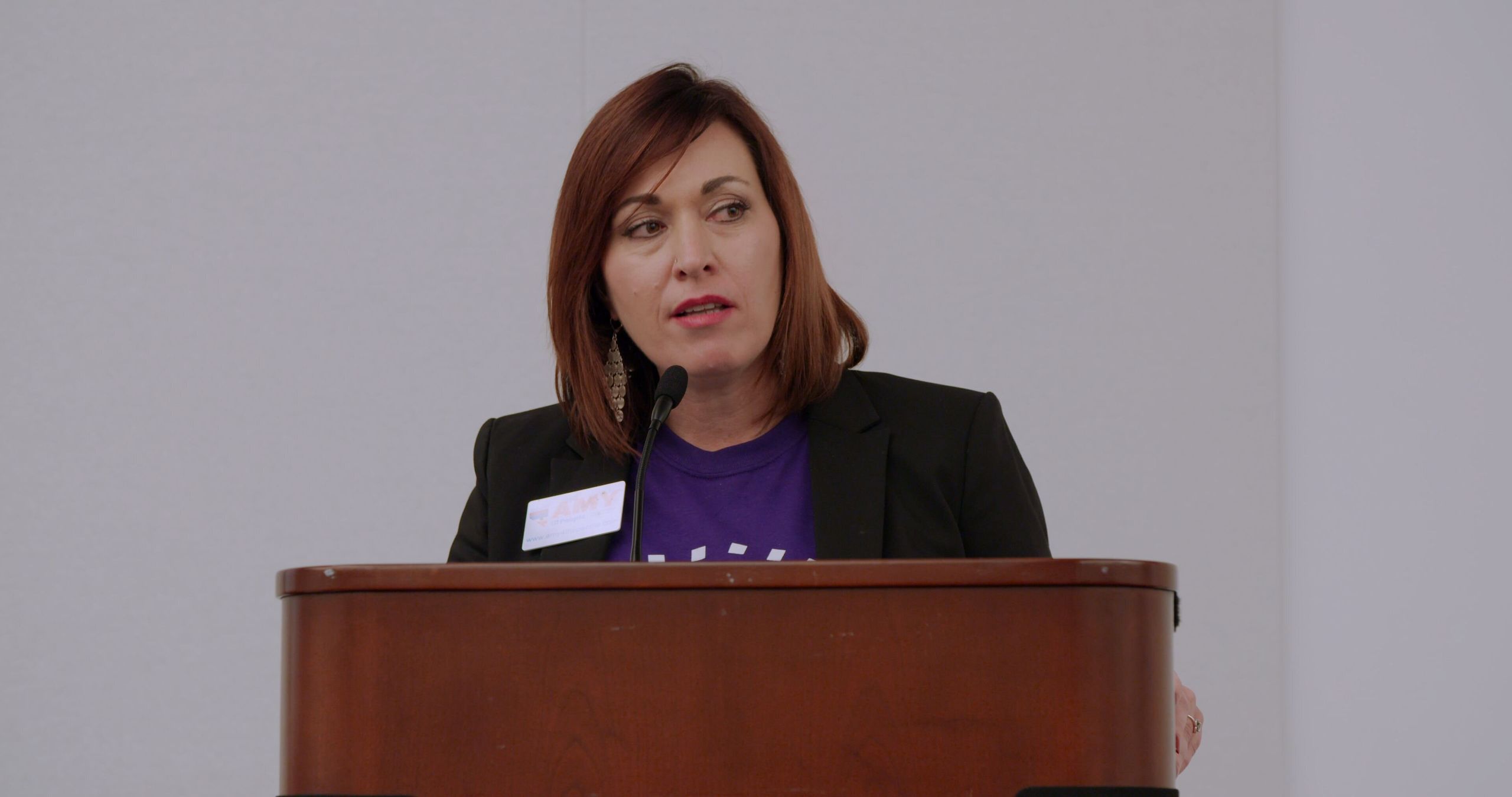 Amy Vilela speaks at a Brand New Congress event, in a scene from “Knock Down the House.”

Vilela made health care, including “Medicare for All,” a signature issue in her campaign because of her daughter Shalynne, who died in 2015 after doctors refused to perform potentially lifesaving tests because she didn’t have proof she had health insurance.

“This is not a game to me. This is not an opportunistic move to me,” Vilela says in the documentary, describing the difference between her campaign and that of the front-runner and eventual winner, Rep. Steven Horsford (D-Nev.), a former lobbyist. “I turned my back on an executive-level job. I sold my house. I’ve gone into debt.”

Throughout the film, all of the women describe experiences of mansplaining and condescension. Vilela also recalled in an interview with HuffPost “the dismissiveness [toward] women, especially in politics” that she experienced.

Plenty of examples did not make it into the film. For example, according to Vilela, during debates and meetings she had with Horsford, he tried to diminish Shalynne’s death as the catalyst for her campaign’s focus on health care.

“All of us had moments where there was that level of dismissiveness: that we’re women,” Vilela said. “It speaks to what we went through as women, across the board, and not just in these four races. All the other candidates we know, it was the same type of thing.”

The documentary uses the successful campaign of Ocasio-Cortez ― the only one of the four subjects to win her primary ― as its backbone, while interspersing scenes from the other women’s campaigns.

Her eventual victory certainly forms a compelling dramatic arc. But according to Lears, that structure also came from logistical reasons.

Both of them live in New York City, so she was able to film Ocasio-Cortez earlier in the campaign cycle and more frequently. Faced with a limited budget, Lears was unable to start traveling with and filming the other candidates until early 2018, so for them, she didn’t have the same footage of the early days of their campaigns, she said. 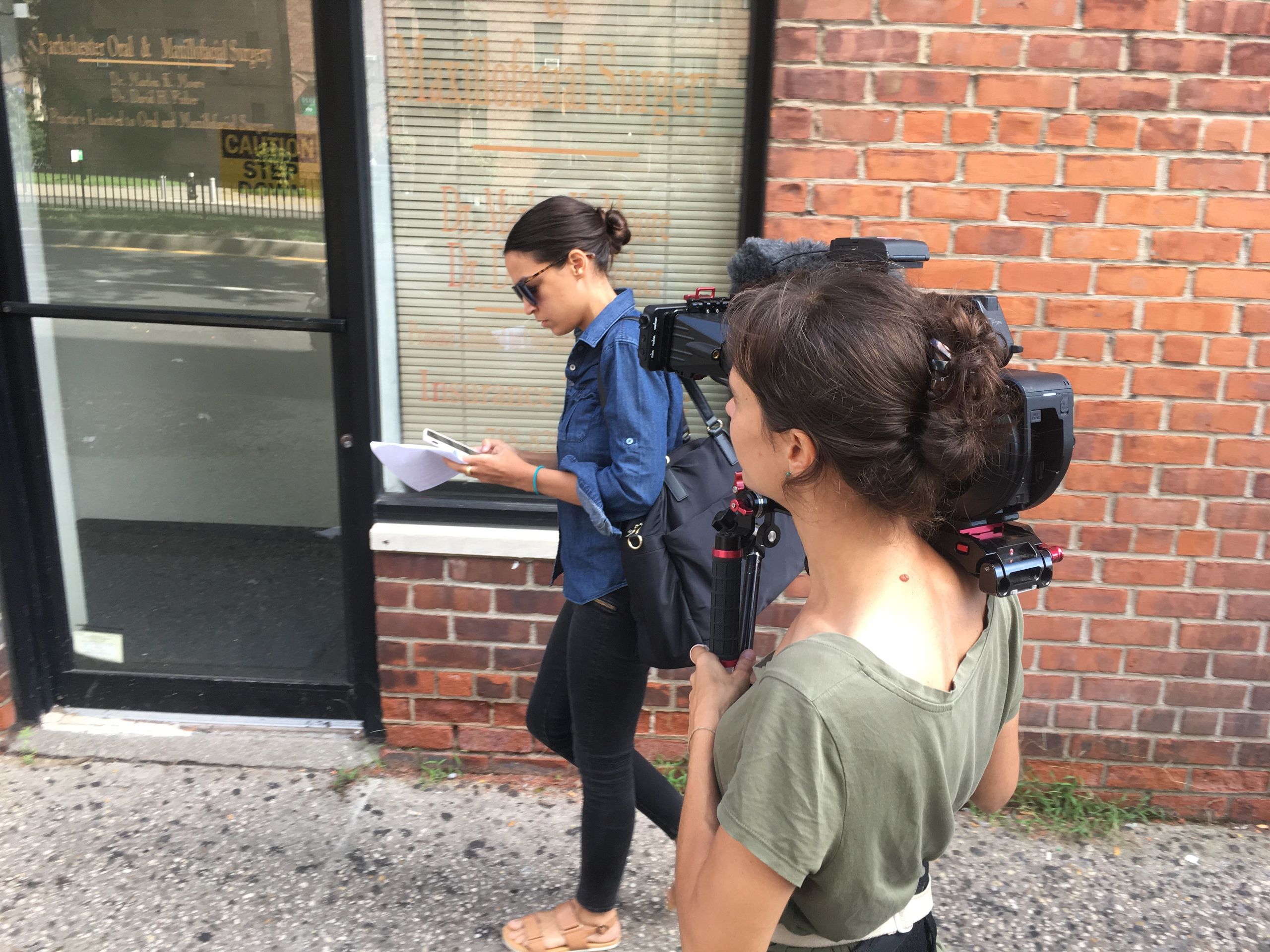 While capturing Ocasio-Cortez' triumph, "Knock Down the House" doesn't shy away from capturing the deflation of defeat, another way the film departs from some other political documentaries and pop culture depictions of politics that paint a rosier picture.  "In some ways, I wish we had been able to go into that in more detail," Lears said of showing the women's losses, which always "were going to be an important part of the story because it was always going to be about showing what it looks like to challenge established power."

Toward the end of the documentary, an emotional Vilela is seen in the aftermath of her electoral defeat.

“I tried to fight her,” Vilela said of Lears including the scene. “We’re always taught as a woman, you can’t let them see you cry.”

But she later realized the scene’s power: It allows viewers to see that “actually, strong women can cry,” she said.

Even in its depiction of loss, “Knock Down the House” is quietly charting a new path for political documentaries by showing moments of vulnerability in women, as Vilela reflected.

“Knock Down the House” premieres on Netflix and in select theaters Wednesday.