A protracted legal saga at Guantánamo Bay ended last month, when a federal court tossed out two years of rulings by the judge overseeing the military tribunal trial of Abd al-Rahim al-Nashiri, alleged leader of the 2000 bombing of the USS Cole. 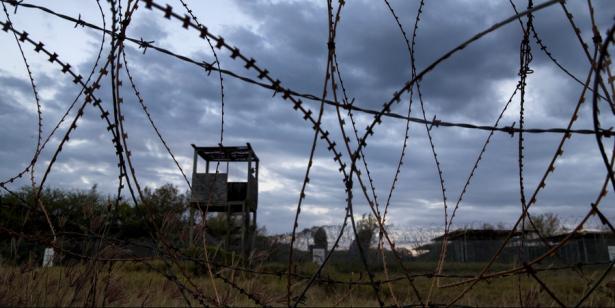 The ruling was a rare rebuke, as federal courts have largely deferred to the government on matters relating to Guantánamo in recent years.

Though a victory for Nashiri’s lawyers, the ruling also means an indefinite future for the case against Nashiri, who has been in U.S. custody since 2002. There are clear, viable routes to resolving the case and its fraught history — but they involve moving the case from Guantánamo. This prospect usually founders on the question of political will, which has been missing for nearly a decade.

“The ruling shows that the military commissions system, from top to bottom, is flawed,” Rick Kammen, Nashiri’s former death penalty counsel, told The Intercept. “This case would be dismissed in a rational world.” But with little interest from politicians or the public, it seems that the commissions will continue to lurch along, with little prospect of justice for the victims and survivors of the Cole bombing, and little accountability for the government.

On April 16, the D.C. Circuit Court issued a unanimous ruling vacating the orders of Air Force Col. Vance Spath, the presiding judge on Nashiri’s case since 2015, because he failed to disclose that he was seeking a job as an immigration judge with the Justice Department — the very same body involved in prosecuting Nashiri.

“The ruling shows that the military commissions system, from top to bottom, is flawed. This case would be dismissed in a rational world.”

Spath had clashed with Nashiri’s civilian defense team, who quit as a group in October 2017, protesting ethical breaches after they discovered a microphone in their client meeting room. Spath refused to grant a further investigation into the matter or to accept their resignation, which had been granted by the war court’s commander, Gen. John Baker. Baker had sent a letter earlier that summer to warn lawyers that he could no longer assure them of privileged conversations with their clients.

The ensuing battle saw Baker held in contempt and the lawyers fighting orders to return to Guantánamo. Spath abruptly abated the pretrial hearings in February 2018, murmuring about retirement in a final monologue and leaving the case in limbo. Reporting by Carol Rosenberg revealed, however, that Spath had applied for the immigration judge position long before he tanked the hearings, a move that the D.C. Circuit Court found “cast an intolerable cloud of partiality over his subsequent judicial conduct.”

With Spath gone and his previous decisions erased, the case — which is still in pretrial proceedings to determine admissible evidence, procedural details, and other, more fundamental challenges to the war court’s authorities — will now certainly drag on for years.

“When we return to the commission, our first order of business will be an inquiry into why the government placed microphones into our attorney-client rooms,” said Capt. Brian Mizer, who is Nashiri’s temporary lead defense counsel. “That litigation alone could take many months.”

“Col. Spath’s misconduct resulted in the implosion of the defense team,” he added. “A new defense team will require additional years to get up to speed on a case involving highly classified voluminous discovery relating to a 20-year-old incident in Yemen, where the necessary defense investigation is currently impossible.”

Another challenge will be securing a new lawyer specialized in death penalty cases. Kammen served as Nashiri’s learned counsel since 2008 and brought with him decades of experience in federal and state death penalty cases. With the work ahead for a new defense team, “realistically, the case should not resume for two years,” said Kammen. Further delays would arise if the government appeals the district court’s judgment to the Supreme Court.

The district court’s decision also voids the testimony of Ahmed Muhammed Haza al-Darbi, a “linchpin” for the prosecution, as Kammen put it. Darbi pleaded guilty in 2014 to terrorism-related charges involving the bombing of a French oil tanker in 2002, which Nashiri is also accused of orchestrating. Darbi agreed to cooperate with prosecutors by testifying against Nashiri in exchange for a ticket out of the prison to serve the remainder of his sentence in Saudi custody. He was released last year, making him the first — and only — detainee to leave Guantánamo under the Trump administration. With much of the evidence surrounding Nashiri’s alleged involvement in the Cole bombing tainted by the darkest instances of torture — he was one of three men waterboarded — Darbi is the only “live witness” the government has tying Nashiri to Al Qaeda and the Cole bombing, Kammen said.

Critics of the military commissions have long advocated for moving the cases to federal courts, which they say would remove procedural roadblocks, create some veneer of legitimacy, and mete out some measure of justice. Nashiri could be indicted in the Southern District of New York, where he was named as an unindicted co-conspirator in a criminal indictment for the Cole bombing in 2003. But there are significant hurdles to doing so.

First and foremost, Congress has banned the transfer of detainees to the mainland since 2011. That year, the new Republican majority in the House inserted retaliatory provisions in the National Defense Authorization Act to stymie the Obama administration’s flagging efforts to close Guantánamo. Two sections in particular landed a decisive blow, prohibiting the use of funds to transfer or release detainees to the United States, and to construct or modify facilities in the U.S. to house detainees. These sections, though slightly amended, have been retained each year, codifying conservative fearmongering about Guantánamo detainees. However, the most effective use of the NDAA is psychological, giving the impression that nothing can be done.

The biggest risk for the government would be its own misconduct; with years of documented intrusions and surveillance attempts against defense teams, as well as evidence obtained through torture, the government’s case would face significant hurdles. “Federal judges would be far more sensitive to torture,” said Kammen, adding that the death penalty would most likely be dropped. Similar issues thwarted the prosecution of Ahmed Ghailani, the only Guantánamo detainee to face trial in federal court. With much of the evidence marred by torture and coerced testimonies, Ghailani was ultimately acquitted of all but one of more than 280 charges.

The district court’s ruling offered a glimmer of judicial oversight, but any real progress would require executive leadership and congressional momentum. While the former seems unlikely (though not impossible, as even President Donald Trump has acknowledged that federal courts are faster), human rights groups continue to press Congress. On the anniversary of the prison’s opening in January, a coalition of NGOs visited with key House Democrats, who expressed support for various tactics to close Guantánamo. Whether the issue makes its way onto the political agenda remains to be seen; while the moral capital of his promise to close Guantánamo helped carry Barack Obama to the White House, not a single 2020 candidate has mentioned it.

Ultimately though, efforts to close Guantánamo are fighting against the tide of public indifference. Despite threats from the administration to send migrant children or Islamic State fighters to Guantánamo, which have brought attention back to the forgotten prison, the trials and the “forever prisoners” remain mostly off the radar for the American public.

“Without political intervention, this process will amble along zombie-like until legitimate Article III courts overrule every relevant piece of this morally bankrupt enterprise,” said Mizer, referring to decisions by federal courts. “Sadly, and to our lasting shame, the death rattle of this version of military commissions will most likely come far too late for Mr. Nashiri.”

Shilpa Jindia is a freelance journalist and researcher whose work covers conflict, security and impunity in the U.S. and abroad.