In 2018, concentrated efforts engaged young voters on issues that resonated with them. Young people led a movement against gun violence, and other groups have mobilized young people around the issue of climate change 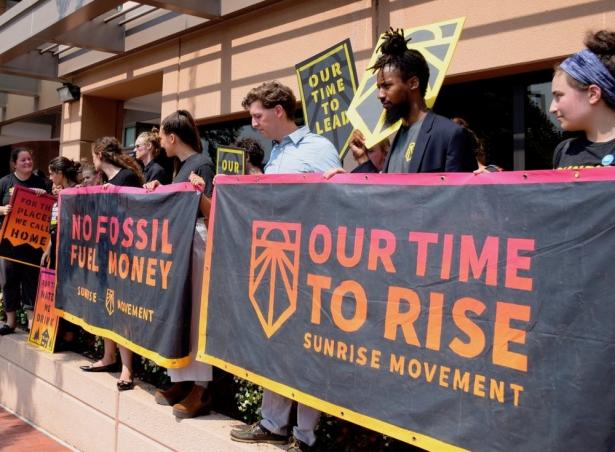 Younger generations narrowly outvoted baby boomers and older generations last November for the first time ever in a modern midterm election, according to an analysis released Wednesday by the Pew Research Center.

Of the over 120 million votes cast in the midterm election, 62.2 million came from voters younger than 54, a group made up of the three younger generations of voters. Generation Z — voters ages 18 to 21 who cast votes in the first midterm election they were eligible to vote— provided 4.5 million of these votes and pushed younger voters just over the older generations’ 60.1 million vote count.

While all age groups saw a record high turnout among eligible voters, turnout among millennials — voters ages 22 to 37 in 2018 — nearly doubled, growing from 23% to 42%.

This isn’t the first time that the three younger generations have outvoted those older than them. In fact, Pew found that the same trend occurred in the 2016 presidential election — but midterm elections have been historically overlooked by younger voters. The 2014 midterm, which saw the highest number of votes from voters in Generation X and later generations of any midterm prior to 2018, fielded nearly 22 million fewer votes from the younger generations.

But in 2018, concentrated efforts sought to engage young voters on issues that resonated with them. With the February shooting at Marjory Stoneman Douglas High School in Parkland, Florida, and the March For Our Lives demonstration just one month later, young people led a movement against gun violence well ahead of the midterm election. The Sunrise Movement, FridaysForFuture, US Youth Climate Strike and other groups have mobilized young people around the issue of climate change as they increasingly realize their generations will most significantly face its effects.

“All of these movements understand that if we want to win the future we’re trying to visualize — a just future where we have a livable planet, where children aren’t gunned down in schools — then we need to activate the youth vote,” said Aracely Jimenez-Hudis, a spokeswoman for the Sunrise Movement.

The data provides further evidence to those looking to dispel the long-held notion that younger generations in the U.S. don’t turn out to vote, especially in the midterms.

Young people, especially those who have never voted before, can be discouraged by barriers to voting that disproportionately affect them, explained Kei Kawashima-Ginsberg, director of the Center for Information and Research on Civic Learning and Engagement. Registering to vote can be a “daunting process” in some states, involving additional forms of identification and a trip to the city clerk’s office or a stamp and envelope to mail a form. For college students attending school out of state, it can be particularly confusing.

“But it’s not apathy,” she said. “[Young people] almost never say they don’t want to vote because they don’t care.”

With each subsequent generation, the gap in party identification grows, according to a different Pew study conducted in March of last year. The study found millennial voters were 27 percentage points more likely to belong or lean toward the Democratic Party than they were to express similar affinity for the GOP.  This divide lessens progressively with each older generation — but only the Silent Generation, which includes voters who were older than 74 in 2018, had a majority of Republican-leaning voters as of last year.

As the 2020 election draws closer, it remains to be seen whether voter turnout among younger generations will continue to grow. But despite high turnout rates, older generations face higher mortality and a shrinking population of eligible voters, and Generation Z, millennials and Generation X are expected to hold greater sway in the coming elections.

“At the end of the day, I think young people can or can’t realize that they have power collectively,” Kawashima-Ginsberg said. “Once that becomes a widespread recognition among this generation,” she believes, strong long-term voter turnout can become a reality.

Julian Shen-Berro is a student at Columbia University, where he is the managing editor of the Columbia Daily Spectator's weekly long-form magazine. He can be reached at julian.shenberro@huffpost.com. Twitter.