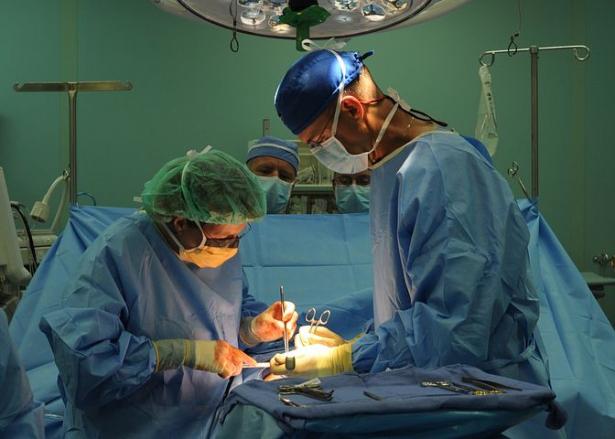 The human body is a frail thing, and illness is a pitiless adversary. Every day, an untold number of Americans are diagnosed with a devastating illness or suffer a sudden injury that threatens to upend their lives and tear apart their families.

This misfortune often comes at a staggeringly high financial cost that can be just as cruel.

While health insurance or government programs like Medicaid and Medicare can shield against huge medical bills, massive debt and even bankruptcy, only the truly wealthy can feel secure that sickness won’t lead to financial ruin.

This is why thousands of Americans have turned to crowdfunding website GoFundMe in the last decade to help cover medical bills and related costs. HuffPost is profiling some of those people, and what their stories reveal about the shortcomings of the American health care system.

These are not feel-good stories.

That’s often how the news media cover these fundraisers ― focusing on the generosity of individuals giving rather than the systemic failures that created the need. While it’s hard not to be inspired by successful campaigns and the fortitude of those suffering through terrifying ordeals, such stories portray a chilling reality that Americans ― even those with good jobs and health insurance, can be one bad day away from financial ruin.

A serious disease can put financial strain on people even in countries with universal health care systems and strong safety nets. But the United States, which has neither of those things, leaves its residents uniquely vulnerable.

More than 50 million donors contributed more than $5 billion to GoFundMe campaigns between 2010 and 2017, according to GoFundMe, which is based in Redwood City, California, near San Francisco.

Two years ago, one-third of all the money raised went to campaigns listed in the Medical category. GoFundMe reports that more than 250,000 medical fundraisers are added a year and raise $650 million annually.

Although the fundraising numbers offer a sense of the need behind the many campaigns, they are imprecise, according to GoFundMe. Users can choose whatever category they like, so not all medical fundraisers are actually for medical bills and related costs, and some users seek help for those things in other categories on the website. Those figures also include money raised in other countries.

Successful fundraisers can generate $100,000 or more, as neighbors and strangers alike rally around families in need, and that money can go a long way to ensuring that treatments can continue, that housing and other daily costs can be covered and that families don’t lose everything while trying to keep loved ones alive and make them healthy.

Americans pay more for their health care than their counterparts in other developed countries. And even though more than 90% of Americans have some form of health coverage, according to a federal survey from 2017, it’s often inadequate. Some 45% of Americans are “underinsured,” according to a report published last year by The Commonwealth Fund, a New York-based think tank. And 27% of Americans told West Health and Gallup they had skipped medical care because of the cost in the past year in survey findings published this year.

High deductibles requiring thousands of dollars of out-of-pocket expenses before the insurance covers any bills, large copayments at the point of service and costly prescription medicines are among the reasons Americans pay so much. Add to that services or medicines insurance companies won’t cover at all, experimental treatments ineligible for coverage, medical providers that aren’t in insurance networks and other uncovered costs, and medical bills can rise into the millions of dollars. For the uninsured, there is no upper limit to how much they could owe.

According to data from the Federal Reserve Board, 40% of Americans don’t have enough savings to cover an emergency expense exceeding $400. In the past year, Americans borrowed $88 billion to cover medical bills, the West Health/Gallup survey found. Among Americans who declared bankruptcy from 2013 to 2016, 59% cited medical bills as a factor, according to a survey published in the American Journal of Public Health this year.

Illness often means lost income, as the patient and family members miss time at work during treatment. Transportation and lodging costs pile up for people who must travel long distances to receive care, including those in rural areas who live far from the nearest medical facilities and those who seek medical treatment from specialists who practice at prominent institutions like the Mayo Clinic in Minnesota or the Cleveland Clinic in Ohio. These so-called indirect expenses are a reason medical fundraising is the leading category on GoFundMe worldwide.

Browsing the Medical category on GoFundMe offers a brutal reminder that illness doesn’t discriminate. People from all walks of life and at virtually every level of income, both the insured and the uninsured, turn to their communities and to strangers on the internet to solve a financial problem that would be impossible to handle on their own.

There you can find heartbreaking stories about a small boy badly hurt in a car crash, an actor stricken with cancer, a woman injured in a savage sexual assault, twin brothers who both need heart transplants, an infant with a rare disease who needs experimental treatments and practically any terrifying scenario you can imagine.

No amount of charity is enough to compensate for America’s tattered and unforgiving health care system, as GoFundMe founder and CEO Rob Solomon articulated in an interview with Kaiser Health News published in January.

“The system is terrible. It needs to be rethought and retooled. Politicians are failing us. Health care companies are failing us. Those are realities. I don’t want to mince words here. We are facing a huge potential tragedy,” Solomon said. “We provide relief for a lot of people. But there are people who are not getting relief from us or from the institutions that are supposed to be there. We shouldn’t be the solution to a complex set of systemic problems.”