Tuna, raw or cooked, is a popular fish to fake because it has a blander flavor than species like salmon. Achieving a flavor that’s analogous to that of seafood can be tough. 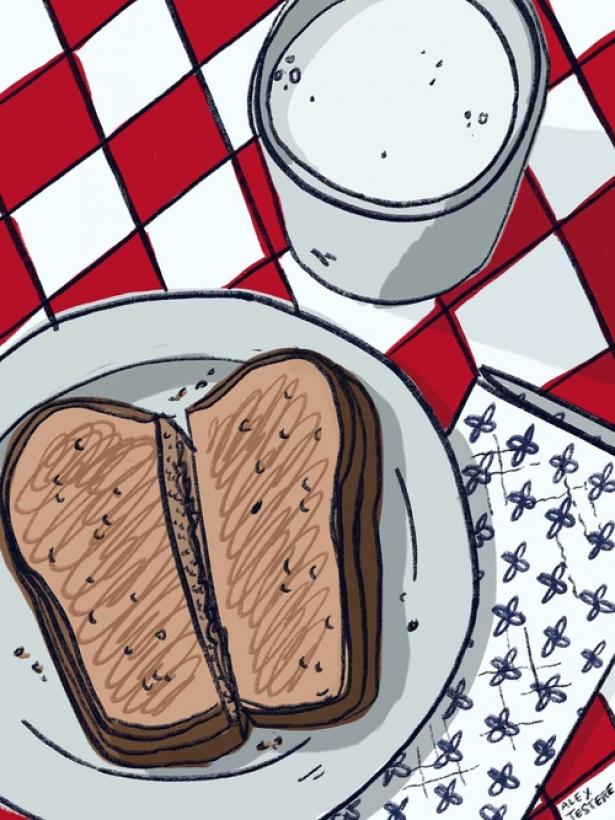 With veggie burgers — excuse me, plant-based burgers — firmly entrenched in fast-food restaurants, stock market IPOs and our culture, I can’t be the only one wondering why, in this brave new world of protein substitutes, there isn’t more fake fish.

Until recently, this was a struggle that only a seafood-loving subset of hardcore vegetarians and vegans had to endure. But growing awareness of problems like climate change, overfishing and microplastics has pushed oceanic sustainability into the spotlight. There are a lot of proposed solutions, but with the meat substitute industry so hot right now, it makes sense that the fish market would follow suit.

There have been attempts to make palatable fish substitutes, though probably not many the average supermarket shopper has heard about. You’ll most commonly find pseudo-seafood in the freezer aisle, where you can buy ready-to-eat “crab” cakes or “fish” fillets shaped from extruded soy and disguised with breading and flavoring agents. Companies like Gardein, Sophie’s Kitchen and Vegetarian Plus have offered such products with varying degrees of success.

But some enterprising food manufacturers are thinking outside of this model. In the fall of 2018, for example, Atlantic Natural Foods reformulated its shelf-stable canned tuna substitute, Tuno.

(If you want to be amused, just read through the list of names for seafood substitutes, which almost all involve some variation on traditional spelling: Tuno, Toona, Skallop, and “fishless tuna.”)

Tuno, according to Atlantic’s founder and CEO Doug Hines, is a blend of plant proteins — primarily soy, but also garbanzo beans, seaweed and algae. It comes in cans and pouches, in classic and flavored versions. It starts as a powder, is reconstituted with water, extruded, and pressed in a special machine to get the chunking you typically see in canned fish.

“Creating that form is much more complicated than a meatless crumble,” Hines told HuffPost. Part of the challenge: Plant protein is fibrous, so it tends to absorb a lot of water, which dilutes flavor and affects texture.

I tried the original version of Tuno and could not see myself eating it again. While I’m neither vegan nor particularly fond of canned tuna, I made the mistake of eating it straight out of the can (the brand recommends mixing it into something like tuna salad). To me, it tasted like breadcrumbs that were watered down and soaked in tuna juice. There’s even video of me nearly crying while trying to describe it, and I’ve eaten bugs before with no problem.

Plenty of people I interviewed for this article were fans though, though. Kantha Shelke, a certified food scientist and principal at Corvus Blue LLC, a food science and consumer packaged goods development firm, said: “Some of the fish substitutes tasted good but never really tasted like real fish to me. They do, I understand, fulfill the tastebuds of those less discerning.”

But despite its issues with flavor and texture, even I have to admit to Tuno’s one major selling point: nutrition.

One of the top reasons to eat seafood is because it’s low in fat, high in lean protein and a source of omega-3 fatty acids. It’s why lots of would-be-vegetarians make an exception for fish, instead becoming pescatarians. Many—maybe most—fish substitutes fall short in this regard. “A lot of mock fish doesn’t have nutritional value,” said Tom Hertweck, a food and culture Ph.D. at the University of Massachusetts Dartmouth. “It’s not even carbohydrate-rich.”

Contrast this with Ahimi, a raw tuna substitute (think sushi) made from Roma tomatoes, soy sauce, sugar and sesame oil. It certainly looks the part and is nowhere near as processed as some soy-based products, but you don’t get any of the major benefits you would from real fish. It contains only 1 gram of protein (though you could argue that you won’t be ingesting any mercury, either).

James Corwell, the chef who came up with Ahimi, was motivated mainly by concerns about sustainability in the sushi industry (his company is called Ocean Hugger Foods, and is currently developing an eggplant-based eel substitute and a carrot-based salmon substitute. Since Ahimi isn’t sold retail ― it’s sold food service ― I couldn’t taste it myself, but opinions from people who have tried it at food industry expos ranged from “tasty but not even close to tuna” to “a bit sweet and very clean.”

Richard Wilk, a food anthropologist at Indiana University, pointed out that the product “left no oily residue in your mouth, which is actually one of the pleasures of good fatty toro.”

Tuna, raw or cooked, is a popular fish to fake because it has a blander flavor than species like salmon. Achieving a flavor that’s analogous to that of seafood can be tough, Shelke told HuffPost.

“Most plant-based materials … tend to be stronger and distinctly different in flavor than the unique and mild-flavored flesh of types of fish that are popularly processed and consumed in the United States,” she told HuffPost. They are also chewier than the delicate, flaky texture associated with fish varieties favored in the United States (think cod), and not as forgiving of popular cooking methods like broiling or pan- or deep-frying.

Interestingly, she said, fish substitutes might go down easier in Asian and South American markets, where the national palate for fish is a bit stronger. “The packaged food industry is waiting for an adventurous enterprise like Trader Joe’s to launch dishes from other parts of the world for this trend to take off,” Shelke said.

Of course, the main roadblock to creating a really good fish replica may simply be our lack of interest. Unlike bacon, which is often referred to as the “gateway meat” for leading vegetarians back to carnivorous ways, fish is not an inherently crave-able flavor for many Americans. Sure, there’s a mild shrimp mania and lobster fetish, but now that the dietary spotlight is on plants and actually tasty facsimiles of beef are available at the drive-thru, “fish is being forgotten again,” Hertweck said.

As a vegetarian-turned-vegan (full disclosure: He owns a single share of Beyond Meat), Hertweck also believes most people have contradictory views about the ethics of eating meat versus fish. “I became a vegan in part because of some uneasiness that surrounds animal welfare,” he said. “But even I don’t feel the same about the lobsters in the tank at a Chinese restaurant as I do about cows in a slaughterhouse.”

Still, it is in our collective best interest to start caring more. “The seafood world is not a healthy world,” Hines said. “The oceans are a mess.” The most recent survey of global fisheries by the Food and Agriculture Organization of the United Nations found that 33% are overfished and in danger of collapse.

Ashley Bouldin, who works in marketing for Ocean Hugger Foods, told HuffPost that so far, “the majority of research in the area of food production and its environmental effects have mostly been focused on that of land animals rather than seafood.”

So enjoy that meatless burger, but don’t give up hope for a Filet-O-Fake-Fish.