Child care workers in California plan to file for a massive union election Wednesday that will cover an estimated 40,000 people, potentially reshaping jobs within the state’s government-funded child care system for low-income families. 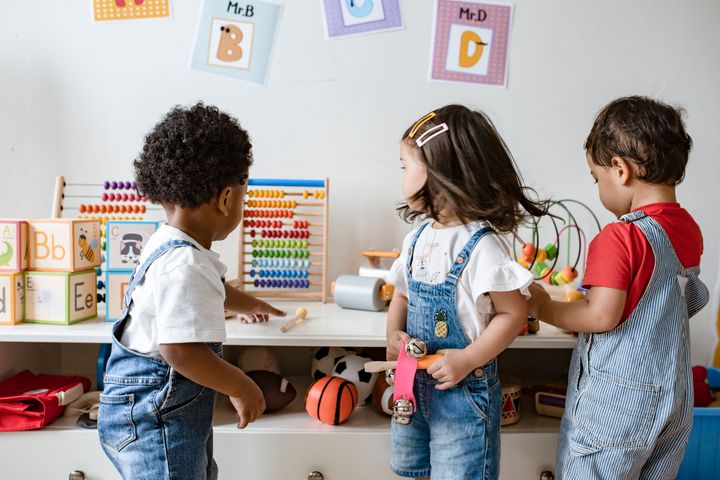 Child care workers in California plan to file for a massive union election Wednesday that will cover an estimated 40,000 people, potentially reshaping jobs within the state’s government-funded child care system for low-income families.

The election marks the culmination of a grueling 16-year campaign by unions to organize family child care providers who are reimbursed by the state. Although such workers are not government employees, Gov. Gavin Newsom (D) signed a law in September granting them the right to bargain with the state over reimbursement rates and other working conditions.

Supporters hope a successful campaign will ultimately improve tens of thousands of difficult, low-paying jobs and pump more money into a child care system stretched thin. The workers in the election are overwhelmingly women and predominantly people of color, licensed to provide child care out of their homes for to up to 14 kids. Latina women make up about a third of the providers.

Workers plan to submit roughly 8,000 union cards in Sacramento this week, more than enough to trigger an election under the new law passed by state Democrats. Campaign organizers believe it would be the largest U.S. union election since workers at the Transportation Security Administration unionized nine years ago.

The campaign, Child Care Providers United, is a joint effort between two powerhouse public-sector unions, the Service Employees International Union and the American Federation of State, County and Municipal Employees. Workers across the state would be represented by locals within those unions, although they would all be part of the same large bargaining unit.

Organizers hope to have an election scheduled this summer, with a simple majority of ballots cast necessary to win.

The impact could be significant not just for organized labor in California but for early childhood education as well. Family child care providers receive state money to care for qualifying children. They typically work out of their homes, alone or with one or two assistants, as opposed to employees in center-based day care programs. They function a lot like low-wage small-business owners, with earnings that organizers say often fall below the minimum wage.

Ken Jacobs, chair of the Labor Center at the University of California, Berkeley, said the number of family child care providers has been falling because the reimbursement rates are too low to create living-wage jobs. He said union representation could improve working conditions enough to bring more workers into the system, benefiting the low- and middle-income families that rely on it, while also improving the labor participation rate among women.

“When the subsidy levels are too low,” he added, “then it’s very difficult for providers to make ends meet.”

The decentralized nature of the workforce has left workers with little influence on the rules of the system, Jacobs said. Union representation would give them a formal seat at the table with state officials, just as it has for child care workers in 11 other states that have enacted similar collective bargaining laws.

The effort shares a lot in common with the teacher strikes of recent years. Just as public school teachers have fought to boost school funding and address personnel shortages, the child care workers argue they would be bargaining in the public interest, to increase the quality of care and not just wages.

Child care providers like Zoila Toma hope negotiating with the state could lead to more funds for training so she can do her job better.

A native of El Salvador and mother of three, Toma is licensed to care for up to 14 children out of her home in Signal Hill, near Long Beach. She has her mother and one part-time assistant to help her with a mix of infants and toddlers, typically working from 6 a.m. to 6 p.m., while also juggling early childhood education classes.

Toma said she often experiences logistical hiccups in getting reimbursed by the state, and many providers like herself have a hard time navigating the system on their own.

“Sometimes they don’t listen to us,” she said. “If we have this group of providers together going out there, they will listen. That’s why it’s very important. I believe unity creates movement, and movement creates change.”

Toma got involved in the campaign eight years ago, which is still only half as long as some workers have hoped to see a union election. SEIU and AFSCME have been organizing the child care providers since 2003, with many, like Toma, joining Child Care Providers United as dues-paying members even though they couldn’t negotiate a contract.

When the subsidy levels are too low, then it’s very difficult for providers to make ends meet.Ken Jacobs, chair of the Labor Center at the University of California, Berkeley

Because the workers are not direct employees of the state, it required an act of legislation to secure them the ability to unionize. Even though California runs blue, the campaign struggled for years to win over officials resistant to giving workers any leverage in negotiating state funds. Newsom signed the new bill after a previous version had been passed but vetoed by his Democratic predecessor, former Gov. Jerry Brown, who said it would be too costly.

The unions will represent all child care providers who receive state subsidies, but that doesn’t mean all providers will be union members and pay dues. Recent Supreme Court rulings assure that workers will not be required to contribute fees unless they choose to. That means the unions representing workers will have their work cut out for them if they want providers to join.

“They will have to continue to sign up new people as they come into the business,” said Jacobs. “The ability to maintain the membership will depend on having very strong member engagement and actively proving the value of the union.”

The new law includes a provision that grants unions contact information for providers in the bargaining unit, so the unions can make a direct case for why they should become members. Unions are also entitled to some floor time at state-run orientation meetings for new daycare providers.

Toma has been going to workshops and hosting providers like herself at her home for years, talking about ways they can improve the child care system. Even if union supporters win the election, there will be much more work to be done ― first by securing a collective bargaining agreement, and then by constantly recruiting new members. But Toma said she believes they are on the cusp of something landmark.

“Imagine going for it for 8 years, through these meetings and workshops and campaigns, and nothing happening,” she said. “It’s years of work for just one change.”