How to Be a Climate Activist During the Coronavirus Pandemic 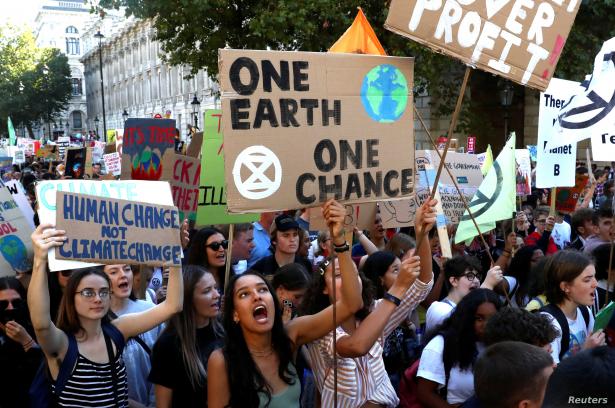 April was supposed to be a huge month for climate action. The plan was to have a month of global mobilization with thousands of protests and events planned by almost 1 million different organizations working together.

Activists had hoped to build on the success of last September’s worldwide climate strikes, which saw 8 million people take to the streets to demand action. And with the 50th anniversary of Earth Day next month, campaigners predicted millions of people would again be out on the streets in countries across the globe, trying to drive home the urgency of the climate crisis.

Then came the coronavirus.

On Tuesday, Earth Day Network, the global organizer of Earth Day, called for the first Digital Earth Day in response to the escalating threat of COVID-19. “Amid the recent outbreak, we encourage people to rise up but to do so safely and responsibly — in many cases, that means using our voices to drive action online rather than in person,” said Kathleen Rogers, president of Earth Day Network, in an online statement.

It’s not just Earth Day, of course. U.S. organizations such as the Youth Climate Strike Coalition and the Stop the Money Pipeline, a coalition of 91 organizations dedicated to ending the financing of industries contributing to the climate crisis, have canceled physical mass mobilizations and public rallies in the U.S.

And Greta Thunberg, the 17-year old Swedish climate activist, has taken her weekly Friday school strike online. Last Friday, she tweeted a picture of herself with her iconic sign at home with the caption: “School strike week 82. In a crisis we change our behaviour and adapt to the new circumstances for the greater good of society.”

School strike week 82. In a crisis we change our behaviour and adapt to the new circumstances for the greater good of society.

Join the #DigitalStrike - post a pic of you with a sign and use #ClimateStrikeOnline ! #schoolstrike4climate #fridaysforfuture #climatestrike #COVIDー19 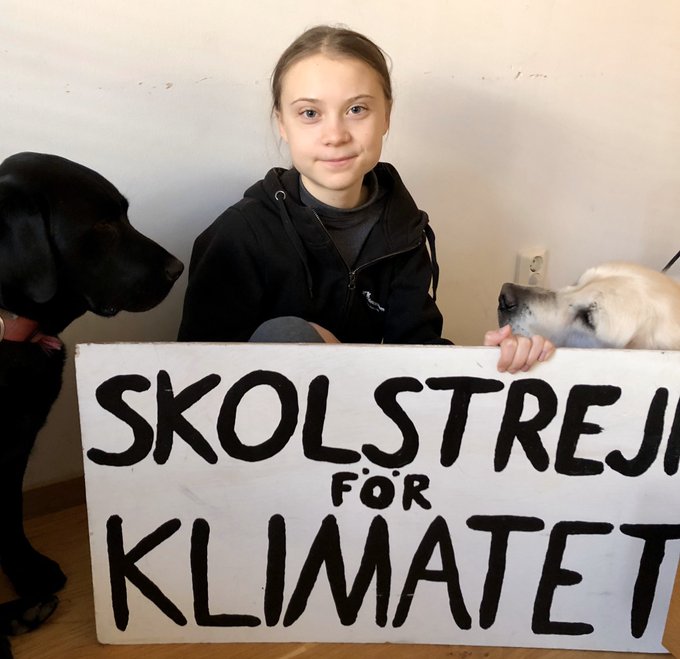 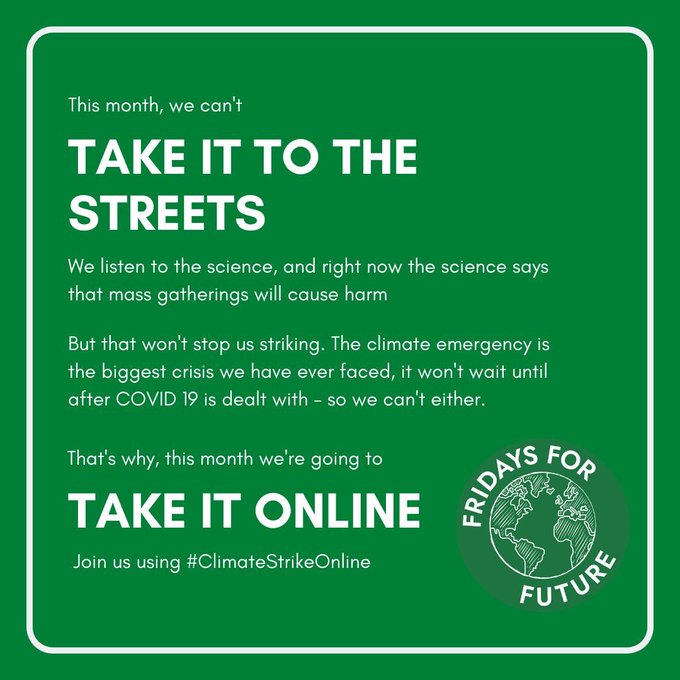 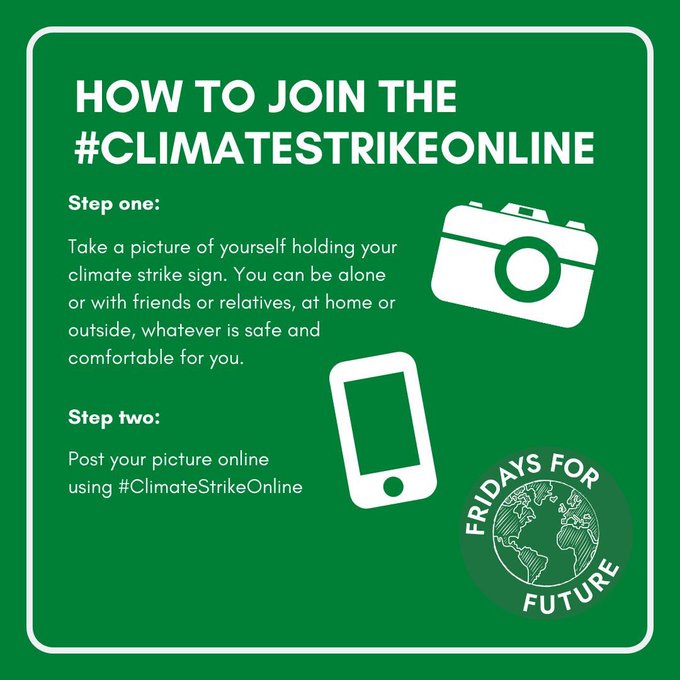 5,391 people are talking about this

Mandates for social distancing and self-isolation are simply not compatible with large-scale mass gatherings. But this creates challenges for climate activists at an absolutely crucial time for the climate crisis ― the COP26 international climate conference in Glasgow, Scotland, is just seven months away, and the stakes are high. The U.N. has called 2020 the “last best chance” for addressing climate change. And with countries set to make new pledges at the annual conference to meet their climate targets, activists are looking to keep up the pressure.

“There were really high hopes that we were going to see far-reaching ambition in Glasgow at the U.N. climate talks,” said Kim Bryan, associate director for traditional communications for 350.org. “But also this year we were beginning to see big commitments of divestment from big players. And we know that was in part caused by what happened last year with the youth strikes and extinction rebellion movement.”

While governments must turn their attention to the pandemic, that doesn’t mean that the climate crisis will cease to matter. The question is, how is climate activism still possible during a pandemic?

The underlying momentum for climate action hasn’t gone away, campaigners say. Many climate activists see this moment as a way to educate more people about the climate crisis through targeted online campaigns, distributing educational material and encouraging virtual training and webinars.

They also point out that this public health crisis should also be a further push for people to act quickly and urgently on the climate crisis because large-scale social and economic disruptions are likely to be increasingly frequent as the consequences of the climate crisis become more severe.

This is what striking looks like in the era of #COVIDー19

Today was our last in-person strike before we move to #ClimateStrikeOnline - join us!! 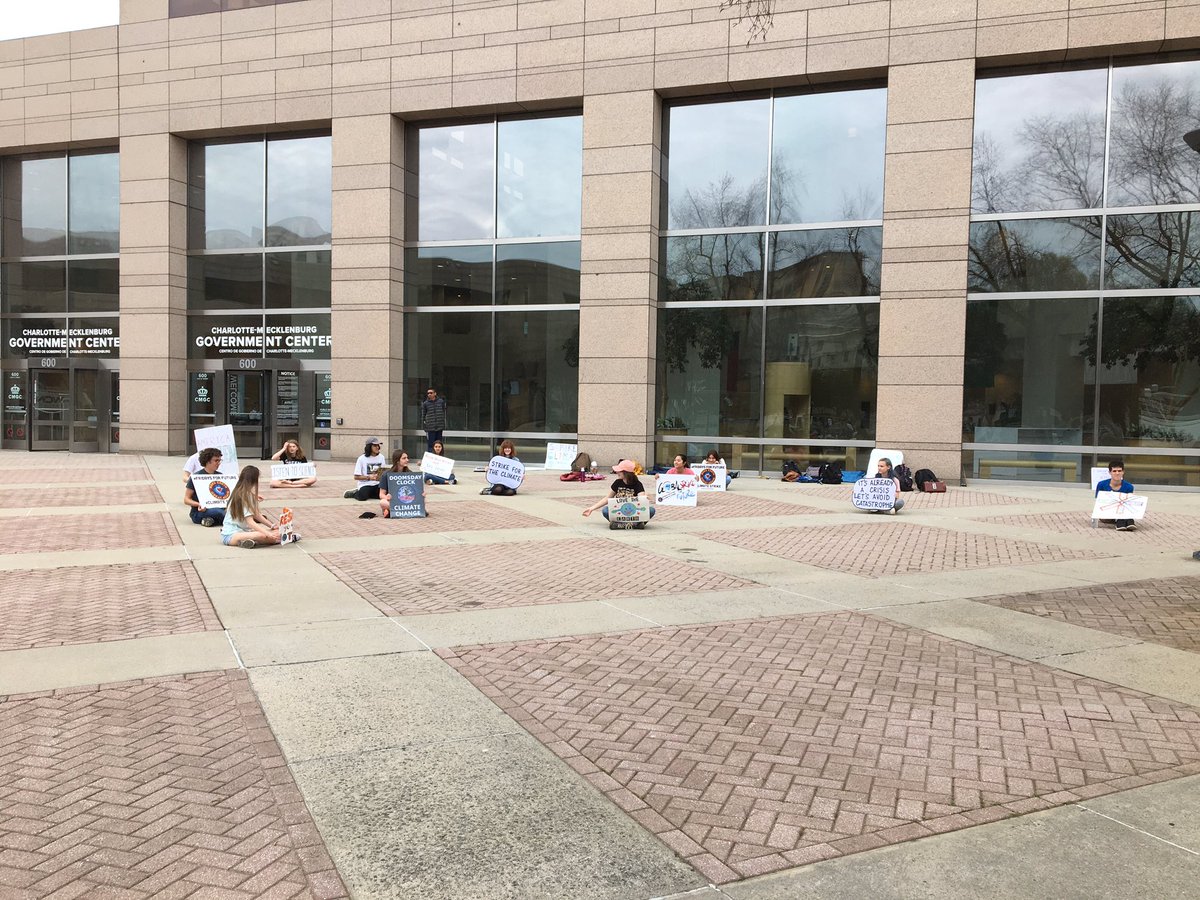 522 people are talking about this

The phenomenal rise in climate awareness over the past year and a half among the general public is often attributed to youth — like the Fridays for Future movement started by Thunberg, and in the U.S., Sunrise Movement and the youth climate coalition Zero Hour, which have brought issues like climate equity to the forefront of the political debate through protests, sit-ins and mass action.

But just because people are not physically striking doesn’t mean that climate activism will die down. Climate groups are pivoting to an array of virtual actions and finding creative ways to keep the climate momentum growing.

Some digital events already exist. Earth Day Network, along with climate initiative Exponential Roadmap and the social network We Don’t Have Time is hosting the third annual #WeDontHaveTime online climate conference during Earth Day Week, April 20–25, with more than 20 hours of live talks and events.

Many other groups are now following this line and shifting their activism online.

“What the climate movement is doing now is organizing all our action digitally through digital takeovers, digital strikes, digital solidarity, videos, online content,” said Jamie Margolin, co-founder of Zero Hour. “Everyone is on their phones now so we can completely take over the internet; Twitter, Instagram, YouTube, Tick-Tock, Facebook - everything.”

The Fridays for Future website has a list of virtual actions climate activists can engage in, such as digital strikes, emailing politicians, and setting up Zoom conference calls.

“Instead of coming out and striking in person, you can take a picture and post it online with hashtags,” said Joe Hobbs, a Fridays for Future organizer. “Keep up the online striking. The real point is to show that you can still take action.” 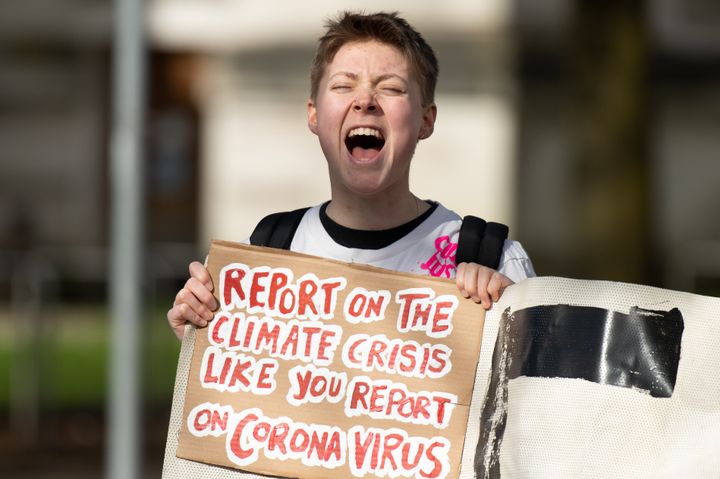 Beyond moving strikes online, many organizations are seeing the forced downtime as an opportunity to get more people involved — and to regroup. Increased social isolation means they have the opportunity to strengthen and educate many of the new and existing members who were inspired by the protests last year.

“We’ve been going so quickly since this all took off,” said Bryan from 350.org. “Every month there’s been big strikes, we had the mass demonstration last September, so that actually we haven’t had much chance to stop and take stock. The fact that we’re all going to be sitting at home online actually means we could build more of a global community.”

This means working to educate people on the causes and consequences of climate change and developing common narratives about specific issues. To this end, 350.org is currently putting together a digital “quarantine pack” with movies, podcasts, articles and online training focused on issues such as fossil fuel financing that people will be able to access from home.

Sunrise Movement is getting ready to launch online programming for people to get involved and learn more about the economy, climate change and the Green New Deal.

Even though much of their work already takes place over the internet, “we are going to be experimenting with new digital tools for putting pressure on elected officials and shifting the narrative over the coming months, even as people are in quarantine,” a Sunrise press spokesperson told HuffPost.

Next week Sunrise will also launch “Sunrise School,” a series of online classes to train high school and college students on organizing and campaigning tactics.

Extinction Rebellion, the U.K. based group that has engaged in civic disruption actions such as blocking five of central London’s bridges in 2018, is currently designing an online platform  ― “This is not a joke”―  with supportive resources to help people through the current pandemic and also help them engage more with the climate crisis.

The immediate needs of the coronavirus take precedent for the group. But it also sees the current culture of providing mutual aid and solidarity as something that can be built upon to combat the climate crisis.

“We don’t need to return to a system that doesn’t value our health or those of our communities but instead values our economy,” said Vish Chauhan, a former emergency medicine doctor who now works for Extinction Rebellion. “The other health crisis that is coming doesn’t have a peak – it’s called the climate crisis. We have the opportunity now to create a regenerative system that takes care of us all.” 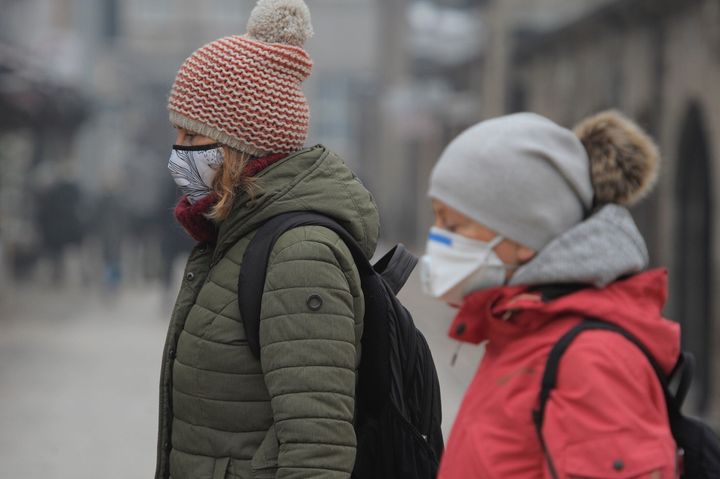 Experts warn that air pollution, linked to the burning of oil, gas and coal, is likely to increase the death rate from coronavirus infections.  SAMIR JORDAMOVIC/ANADOLU AGENCY VIA GETTY IMAGES

The current pandemic’s connection to the climate crisis is also not going unnoticed. For climate activists, the coronavirus outbreak and the economic consequences it brings strengthen the need for clear and urgent action on climate change.

Scientists have linked climate change to an increased frequency of disease outbreaks. Experts also say that air pollution caused by the burning of oil, gas and coal is likely to increase the death rate from coronavirus infections.

While activist groups move from mass marches to mass online mobilization, details are still being hammered out. But the current pandemic — and the economic measures being debated now in Congress and around the world for bailing out some of the largest polluters, such as the oil industry and the aviation sector — might end up providing the sharpest angle for climate activism in the weeks and months to come.

“There has never been a clearer case for why we need a kind of economy based on care and compassion that the Green New Deal is all about,” a Sunrise spokesperson told HuffPost. “There’s gonna be a big choice that we have to make as a country in the face of this crisis. Who do we take care of — and who do we protect? Is it working people who are losing their health care and their jobs and their livelihoods, or are we going to bail out some of the wealthiest among us and the people driving the climate crisis?”

Sarah Sax is a journalist based in Brooklyn, NY, who reports on climate change and environmental justice. You can follow her on Twitter at @sarahl_sax