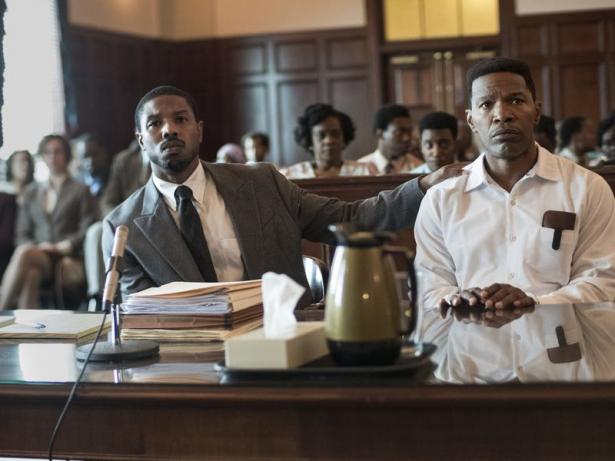 Just Mercy, a 2019 film about civil rights lawyer Bryan Stevenson, is available to stream for free through the end of June, reports William Earl for Variety. Viewers can watch the movie on multiple platforms, including YouTube, Google Play and Amazon.

“We believe in the power of story,” says the entertainment conglomerate in a statement posted on Twitter. “Our film Just Mercy, based on the life work of civil rights attorney Bryan Stevenson, is one resource we can humbly offer to those who are interested in learning more about the systemic racism that plagues our society. … To actively be part of the change our country is so desperately seeking, we encourage you to learn more about our past and the countless injustices that have led us to where we are today.”

Directed by Daniel Cretton and based on Stevenson’s book of the same name, the movie tells the story of one of Stevenson’s (Michael B. Jordan) first cases as a young lawyer. In 1989, he traveled to Monroeville, Alabama, in hopes of overturning the wrongful conviction of Walter McMillian (Jamie Foxx), an innocent black man who spent six years on death row for the murder of an 18-year-old white woman. An almost entirely white jury convicted McMillian on the basis of flimsy evidence raised by a white sheriff and district attorney, wrote Andrew Lapin for NPR in 2019.

Stevenson is the founder of the Equal Justice Initiative (EJI), a nonprofit organization focused on criminal justice, prison reform and racial justice. EJI has argued multiple cases in front of the Supreme Court, including a ruling that banned mandatory life sentences without parole for juveniles, and has successfully challenged many death row convictions, according to its website.

As Chris Hedges reported for Smithsonian magazine in 2012, Stevenson was 16 when four juveniles murdered his grandfather in Philadelphia.

“Losing a loved one is traumatic, painful and disorienting,” Stevenson said to Smithsonian. Still, he added, the experience, as well as friends’ and family members’ subsequent encounters with violence, “reinforced for me the primacy of responding to the conditions of hopelessness and despair that create crime.”

As protesters call for an end to systemic racism and police brutality around the country, other companies are making work by black intellectuals and creatives more easily accessible, too. During the month of June, the Criterion Channel, a streaming service for classic and independent films, has lifted its paywall on a select number of titles by black filmmakers. Viewers can now stream Julie Dash’s Daughters of the Dust, Maya Angelou’s Down in the Delta, Shirley Clarke’s Portrait of Jason and Kathleen Collins’ Losing Ground, among other films, for free, reports Ryan Lattanzio for IndieWire. On Spotify, users can also listen to the entire audiobook of Ibram X. Kendi’s Stamped From the Beginning, a comprehensive history of American racism, reports Emily Martin for Book Riot.

For more educational resources, check out Smithsonian magazine’s list of 158 articles, podcasts, videos and websites that catalog the history of anti-black violence and inequality in the United States.

Nora McGreevy is a freelance journalist based in South Bend, Indiana. Her work has appeared in Wired, Washingtonian, the Boston Globe, South Bend Tribune, the New York Times and more. She can be reached through her website, noramcgreevy.com.