Though tear gas is banned in war, it’s currently classified as a “riot control agent” that can be used for crowd control. 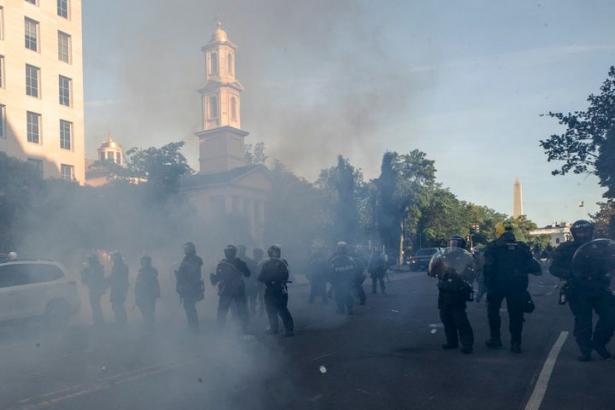 Tear gas floats in the air as a line of police move demonstrators away from St. John’s Church near the White House on June 1.,ASSOCIATED PRESS

Police are routinely using a chemical weapon banned in international warfare against peaceful protesters during a pandemic — but a new bill would stop the practice all together.

On Monday, a group of lawmakers introduced a draft of a bill that would ban the use of tear gas by police, after the repeated emergence of videos of law enforcement gassing civilians protesting against racism and police brutality.

In the last three weeks, protests sparked by the police killing of George Floyd have spread throughout the country. Demonstrators are also calling for reforming ― or in some cases defunding ― police departments.

The protests have also shown the extent to which a militarized police force will combat its own citizens. Earlier this month, protesters outside the White House were tear-gassed by U.S. Park Police so that President Donald Trump could use a nearby church for a photo-op.

“Last week, people were just so shocked to see this administration tear-gas its own people,” Ocasio-Cortez said during a phone call with the Los Angeles Times this week. The new bill “is one of the most basic steps we can take,” she said.

Though tear gas is banned in war, it’s currently classified as a “riot control agent” that can be used for crowd control. Its use against protesters is especially dangerous as the country is still fighting COVID-19, a respiratory disease that has killed more than 100,000 Americans and infected nearly 2 million.

“As an immunologist, it scares me,” Dr. Purvi Parikh, an allergy and immunology doctor at NYU Langone Health, told Pro Publica about the use of tear gas. “We just got through a brutal two months, and I’m really scared this will bring a second wave [of COVID-19] sooner.”

Tear gas is a generic term for the chemical chlorobenzalmalononitrile, or C2. More from Pro Publica:

CS activates a specific pain receptor, one that’s also triggered by eating wasabi, said Sven-Eric Jordt, a professor of anesthesiology at Duke University. But CS is much more powerful, up to 100,000 times stronger than the sting from wasabi, he said.

“They are really pain nerve gases. They are designed to induce pain.”

CS is particularly painful when it gets on your skin or in your eyes. (Doctors have advised protesters not to wear contact lenses.) When inhaled, the pain induces people to cough. The compound degrades the mucus membranes in your eyes, nose, mouth and lungs — the layers of cells that help protect people from viruses and bacteria.

A 22-year-old Ohio woman died two days after she attended a demonstration in Columbus last month where police shot tear gas and pepper spray at protesters. The woman’s sister said she believed the chemical agents contributed to her sister’s death, which remains under investigation.

“To stop us from protesting the death of a Black man who was suffocated by police, law enforcement is using a weapon that restricts our lungs ― during a respiratory pandemic,” Ocasio-Cortez said in a statement about the new bill.

Sometimes it isn’t even the chemical itself, but the projectile it comes in that can cause lasting damage. A 21-year-old Indiana Tech student lost his right eye during a May protest after he said a tear gas canister was shot at his head.

Police could also be harming themselves in their use of tear gas: In Atlanta, the chemical was carried by the wind right back to the officers who released it.

We have gas in Atlanta. Most of it is blowing back onto police. 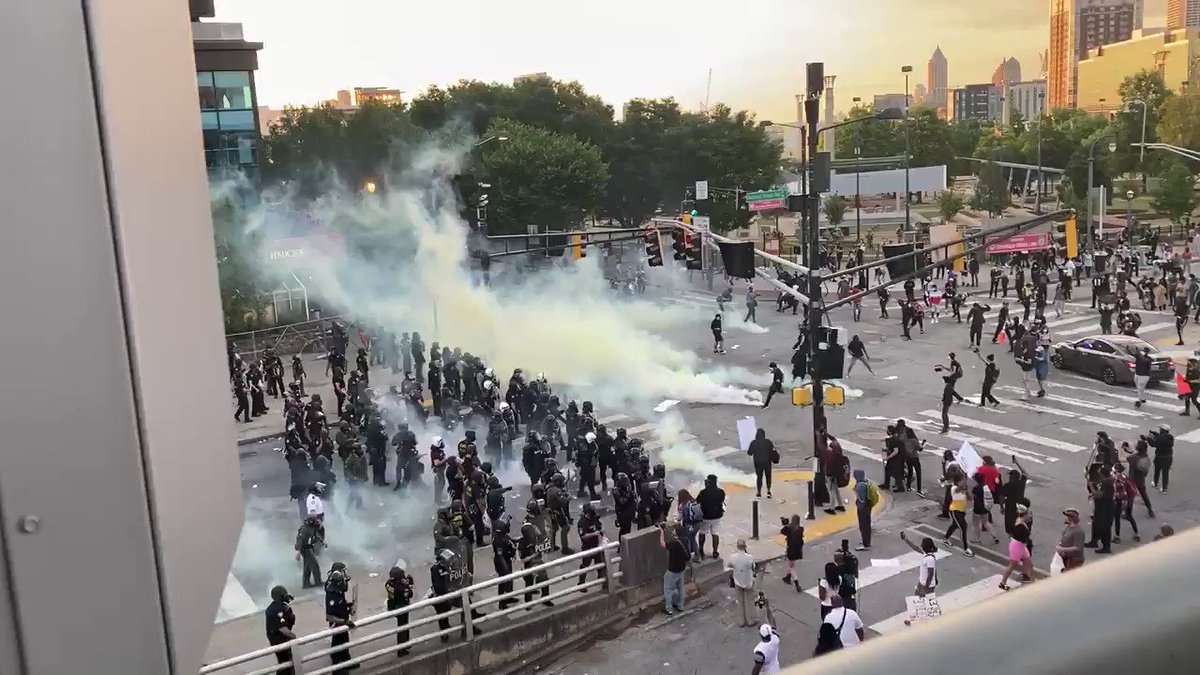 38.9K people are talking about this

Some cities are now starting to question the chemical’s use. Portland, Oregon, Mayor Ted Wheeler told police Saturday to only use tear gas as a last resort.

“I strongly believe that gas should not be used to disperse crowds of non-violent protesters or for general crowd management purposes,” Wheeler said in a statement. “It should only be used in response to violence that threatens life safety.”

Seattle Mayor Jenny Durkan announced a 30-day ban on police using tear gas. (However, three days later, police ignored the ban and fired the chemical at protesters.) The city of Berkley, California, voted to prohibit the use of tear gas. Police in Louisville, Kentucky, may now only use tear gas at the chief’s orders. And hundreds of health care professionals in New Orleans are demanding police stop the use of tear gas on protesters.

Interest groups may make it difficult to change tear gas policy on a national level, though. Safariland, the maker of the gas that was used to attack protesters outside the White House, have made more than $137 million in sales to the U.S. government in the past three and a half years, according to CBS MoneyWatch.

Sebastian Murdock is a senior reporter with HuffPost