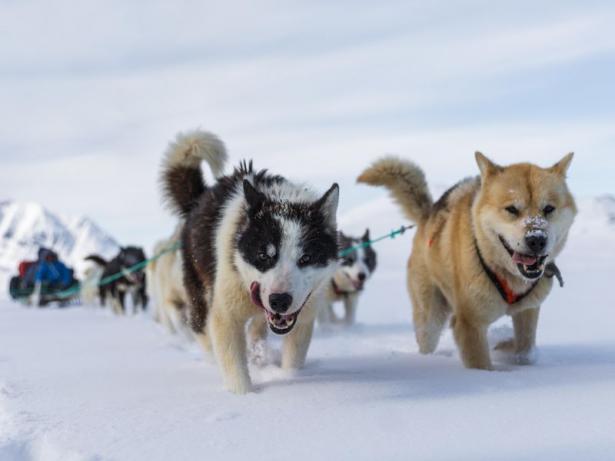 Modern sled dogs from across the Arctic can trace their ancestry back to Siberia, according to a new genetic study that dovetails with archaeological evidence. Today’s familiar breeds such as huskies and malamutes are descended from a lineage that was well-established in Siberia 9,500 years ago and has been critical to human survival in the Arctic ever since.

“We know that modern sled dogs belong to a human cultural group, the Inuit, and that is probably the common origin of the Alaskan and Siberian huskies, Alaskan malamutes, and Greenland sled dogs because those dogs are closely related,” says Mikkel-Holder Sinding, co-author of new research published in the journal Science and a population geneticist at Trinty College, Dublin.
The team sequenced the genomes of 10 modern Greenland sled dogs and compared them to not only a 9,500-year-old sled dog (represented by a mandible found on Zokhov Island, Siberia) but also a 33,000-year-old wolf from Siberia’s Taimyr Peninsula. Their analysis shows that the majority of the modern Arctic sled dogs ancestry is descended from the same distinct lineage as the 9,500-year-old Siberian dog. This is especially true of the Greenland sled dog, which, given the relative isolation of their home island, has the least mixture with other dog groups and most closely represents the original ancestry.
Evidence of ancient genes from the 33,000-year-old Siberian wolf also appeared in the modern dogs. Surprisingly, however evidence of North American wolf ancestry was absent in the modern sled dogs sampled, although the two species have lived in proximity across the Arctic for thousands of years and share familiar physical features and howling cries. The lack of North American wolf genes in modern sled dogs is a puzzle, particularly because Arctic people know sled dogs do mix with their wild relatives. Perhaps, Sinding says, dog ancestors might lie among the many North American wolf populations that were eradicated.
“These Pleistocene wolves are very old, predating the domestication of dogs, so they are not a perfect match at all for this signature we are picking up,” Sinding says. “Who really knows what kind of wolf diversity there was around even just a few hundred years ago? There’s more to this story for sure.” 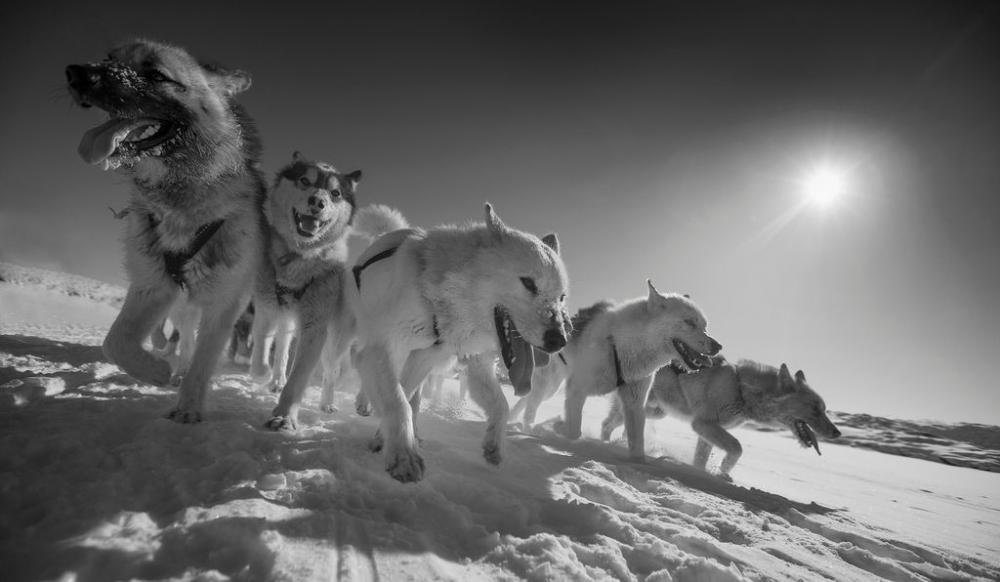 The site at Zokhov Island that yielded the 9,500-year-old sled dog genome also includes physical evidence of sleds and harness materials. Bone analysis has led one team of scientists to suggest that the site may represent the earliest-known evidence for dog breeding, with sledding as a goal, and that the process may have started as long as 15,000 years ago.

The sled dogs’ genetic history aligns with archaeological evidence. Together, the findings suggest the dogs have been established for nearly 10,000 years and have spent those many millennia doing the same things they do today.

“For me, one of the most important aspects of this study is how it shows the importance of utilizing all available data from the archaeological record alongside the analysis of ancient genetics,” says Carly Ameen, a zooarchaeologist at the University of Exeter. Ameen wasn’t involved in the study but last year co-authored a study how sledge dogs accompanied Inuit dispersal across the North American Arctic.

The site’s inhabitants would have had good reason to want sled dogs. The remains of polar bears and reindeer found on Zokhov show that hunters had a wide range and somehow transported large animal kills to their camp. Tools suggest even wider travel. Obsidian implements found here have been sourced to more than 900 miles away. For ancient Arctic peoples to cover such distances, the authors theorize, dog sledding might have been essential. 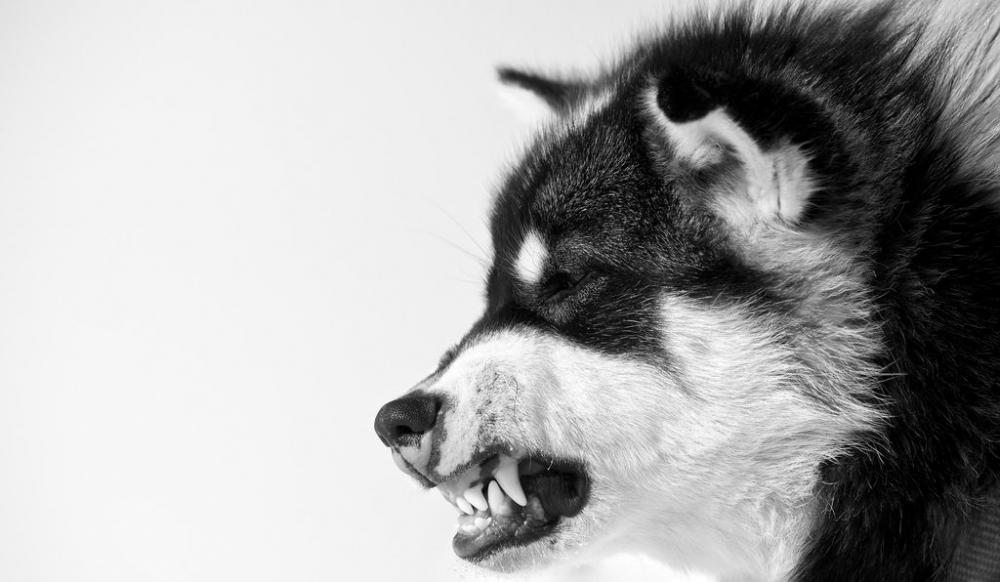 Shared with the polar bears

Sinding and colleagues also found genes that appear to be unique among sled dogs when compared to their canine relatives. Perhaps not surprisingly, many of the standout adaptations have to do with food.

Sled dogs, like the Arctic peoples they live with, have eaten a steady diet of unusual fare, including fatty seal and whale blubber. The Inuit and their dogs have evolved an ability to eat huge amounts of fat but avoid cardiovascular disease. Their genetic solutions to this problem are entirely different; the sled dog’s method matches another Arctic icon, the polar bear.

“The polar bear has a very specific gene that’s selected to help it eat unlimited amounts of blubber without getting cardiovascular disease,” Sinding says. “We see almost exactly the same gene being very highly selected in the dogs.”

Other adaptions found in sled dog genes seem to show coevolution with species that are not similar yet share the same problems. The woolly mammoth genome features highly selected thermal receptors that helped these animals sense changes in temperature, and the features mark a major difference between them and their elephant kin. That same group of proteins is selected in sled dogs, according to the study. “We have no clue why,” Sinding says. “But given that we see it in the mammoth and now in the sled dog, it seems to mean that this temperature sensation has some really important role in the Arctic.”

Ameen stresses that a genetic study like this can help to illuminate different, interesting aspects of ancient dogs—even if it hasn’t entirely put to rest the question of how much wolf ancestry is in their bloodlines.

“Recent attempts to discover the origins of the first domestic dogs have been stalled by a sole focus on genetic and morphological difference between dogs and wolves,” she says. “But when incorporated with archaeological evidence for sledding, as well as investigating dogs’ adaptation to new human-provided diets, a much clearer picture of those early domestic dogs emerges.”

Brian Handwerk is a freelance writer based in Amherst, New Hampshire.

Smithsonian magazine places a Smithsonian lens on the world, looking at the topics and subject matters researched, studied and exhibited by the Smithsonian Institution—science, history, art, popular culture and innovation—and chronicling them every day for our diverse readership. Subscribe.