This work shows how an ecosystem evolved and recovered after catastrophe, but it took millions of years. That should really give us pause because we can’t wait that long. 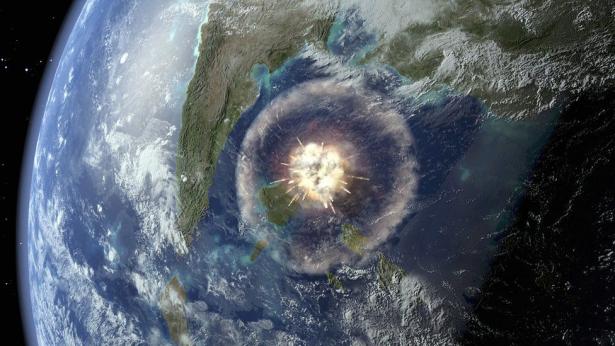 The asteroid impact 66 million years ago led not just to the extinction of dinosaurs, but other forms of life,

Before an asteroid lit the world on fire 66 million years ago, massive dinosaurs barged through tropical South American forests with airy, open canopies that were dominated by conifers and other seed-bearing gymnosperms—a group of plants that don’t flower or bear fruit. Flowering plants or angiosperms, which make up roughly 80 percent of our modern flora, were there, too, but existed mainly in the margins.

After the impact, three-quarters of all plant and animal species on Earth went extinct. But new research suggests that out of the ashes of this destruction, sprang the closed-canopy, flower-packed South American rainforests that now host the greatest diversity of plants and animals on Earth. The study, published today in the journal Science, uses thousands of fossilized remnants of South American flora from before and after the world-changing asteroid impact to reveal two very different forests on either side of a fracture in the history of life.

“What makes this paper so dramatic and elegant is that they’re addressing two questions that nobody could ever solve and solving them simultaneously,” says Peter Wilf, a paleobotanist from Pennsylvania State University who was not involved in the research.

Those two questions, says Wilf, are what happened in the tropics at the time the dinosaurs went extinct, and when did modern neotropical rainforests first appear.

Until now, scant fossil records have obscured what effects the cataclysm had on the rainforests of South America. The oldest traces of the neotropics as scientists know them today—with closed canopies dominated by flowering angiosperms—date to roughly 60 million years ago, which still leaves millions of years of evolution unaccounted for. But the fact that a modern-looking rainforest was apparently thriving just six million years after the asteroid, only begged the second question of when these ecosystems first originated.

To fill in the six million year gap in the fossil record, paleobiologist Carlos Jaramillo of the Smithsonian Tropical Research Institute and the co-authors of the new study assembled a massive database of fossilized pollen grains that spanned both sides of the asteroid impact and paired the pollen with a trove of new and old leaf fossils from sites in Colombia. 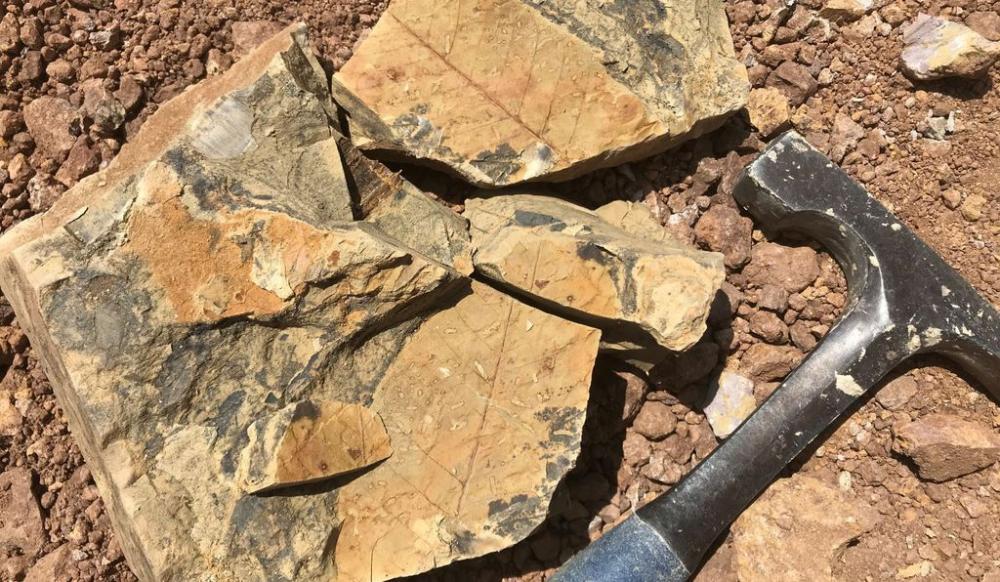 These leaf fossils from Colombia formed in the Paleocene epoch, after an asteroid impact led to the planet’s fifth mass extinction event. (Fabiany Herrera)

Leaf fossils are hugely informative but relatively rare. They can usually be identified to the species level and reveal other things such as which plants lived in a particular area, how much sunlight a plant got or which types of insects ate its leaves. Pollen, on the other hand, can often only be identified to the family level and might have blown in from a long way off, making it less reliable as a localized census. But what pollen lacks in biological detail it more than makes up for with its ubiquity.

Fossil pollen grains are abundant and easy to find in an array of different sediment types spanning nearly all time periods. Collecting tens of thousands of fossil pollen grains from 39 different sites allowed Jaramillo and his team to fill in the missing millions of years right around the mass extinction.

Over more than a decade, Jaramillo worked with his collaborators and trained several crops of South American researchers to excavate and catalog the ancient flora of their home continent, amassing more than 6,000 fossil leaves and more than 50,000 grains of fossilized pollen.

The scientists dated the pollen and leaf fossils using the previously established ages of the geological strata they were found in. Then, the scientists identified the specimens to the extent possible by comparing them to a huge library of living and previously studied extinct plant species.

Identifying the plants represented in the fossils was a massive labor of taxonomy that Jaramillo says eventually allowed the team to determine which species were lost and gained following the asteroid impact. But to get at the question of how these fossil forests were structured, the researchers studied the fossil leaves using three newer techniques.

In the first method, the scientists measured the density of the small veins that the leaves once used to transport nutrients to and from the rest of the plant. In living rainforest plants, canopy leaves have a high density of veins to make the most of the sunlight, while leaves from the understory, even on the same plant, have a lower density of veins. So, if an assortment of a forest’s leaves sports a big range of leaf venation densities, it suggests that the forest has a dense, stratified canopy. By contrast, forest leaf litter that exhibits relatively consistent vein densities typically comes from an ecosystem with an open canopy.

For the second method, the researchers checked the ratio of a pair of carbon isotopes—carbon-13 and carbon-12—to infer how much sun beat down on a leaf when it was alive. If a collection of a forest’s leaves has roughly consistent ratios of carbon-12 to carbon-13 isotopes, then the forest probably had an open canopy. But if the forest’s leaves display a big range of carbon isotope ratios, that suggests a closed canopy where some leaves got blasted by solar radiation and others lived in near-darkness.

Finally, the team also inspected each fossil leaf for signs of insect damage. Different insects damage leaves in different ways and so the researchers could use these tell-tale chomps and piercings to approximate the diversity of insects supported by the forest.

The researchers used all these methods across thousands of samples from more than 40 sites in Colombia to establish a broad, regional picture of how the neotropics looked before and after the asteroid impact.

“All individual components of our analysis told us the same story,” says Jaramillo.

In the time of the dinosaurs, the rainforests of South America had open canopies dominated by conifers and other seed-bearing gymnosperms. Members of the Araucariaceae genus, ancestors of today’s Kauri pine and Norfolk Island pine, were common. 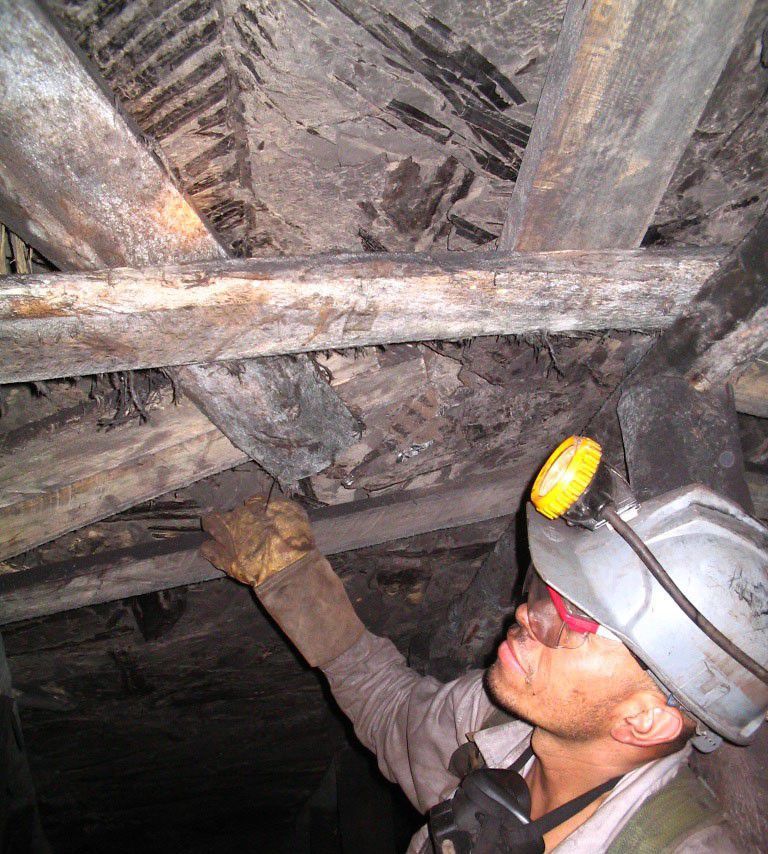 In 2007, co-author Mauricio Gutierrez collects fossil leaves inside a coal mine in Colombia. (Courtesy of Carlos Jaramillo )

Following the asteroid’s blast, the study finds roughly 45 percent of all plant diversity disappeared, particularly the gymnosperms. Amid the roughly six-million-year recovery, the flowering plants that reign supreme in today’s neotropics quickly came to account for 85 to 90 percent of plant diversity, says Jaramillo.

The leaves of the fossilized angiosperms that repopulated South American rainforests exhibited wide ranges of leaf vein density and disparate ratios of stable carbon isotopes, suggesting the new forests had thick canopies that created a tiered hierarchy of access to sunlight. Though these early iterations of the modern neotropics were similar in structure and in the plant families that dominated their ranks compared to today, the overall diversity of species remained low until roughly six million years after the impact.

“This gives us a whole new window on where these hyper-diverse tropical rainforests in South America came from,” says Bonnie Jacobs, a paleobotanist at Southern Methodist University who co-authored a commentary on the new paper for Science. “With this paper you can kind of visualize the most amazing plant communities on Earth recovering and going down this deviated path after a mass extinction.”

A second explanation has to do with a change in soil nutrients. Some researchers think the asteroid impact might have dramatically increased the availability of nutrients in the soil, perhaps by raining down particulate and through the ashes of incinerated life. This would have given angiosperms a competitive advantage because they tend to grow faster than gymnosperms and outperform them in nutrient-rich soils.

The third explanation is that before the extinction event, conifers specialized in being the biggest trees around. This narrow life strategy might have made conifers more vulnerable to dying out, and if the group had no shrubby understory representatives to fill the ecological gap via evolution, the door would have been wide open for angiosperms to step in. 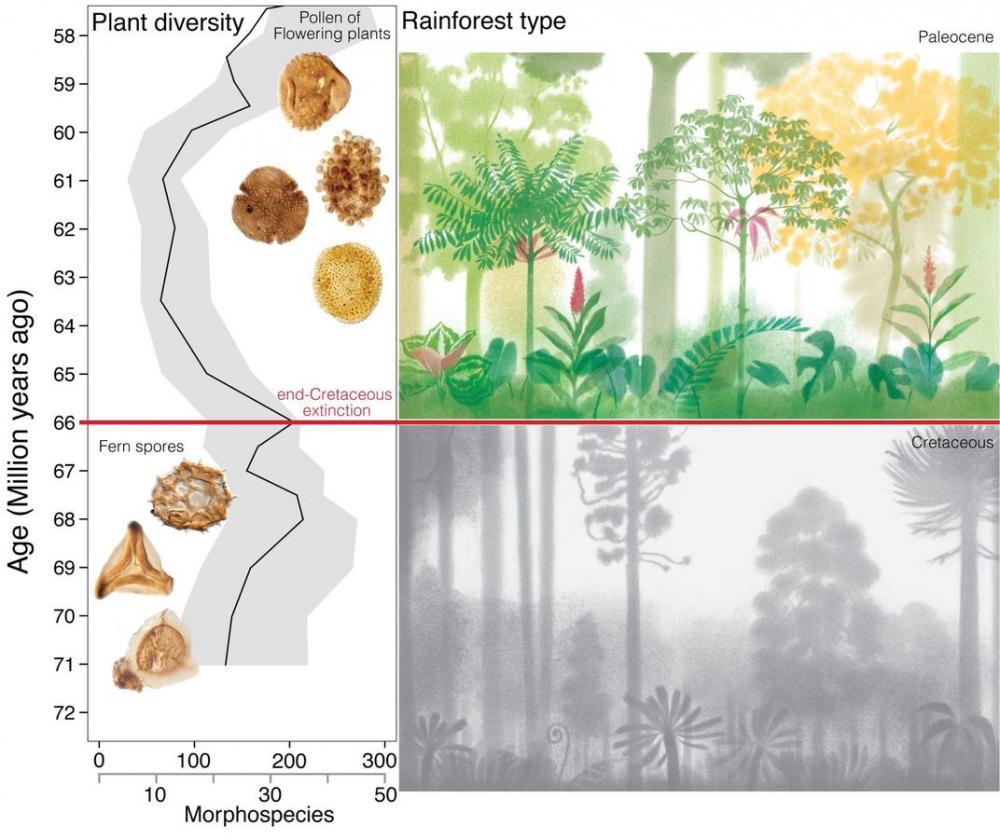 A graph showing the rise and fall of species diversity in the South American tropics on either side of the asteroid impact that caused the end-Cretaceous extinction event. On the right are a pair of illustrations showing the differing forest structures that defined each epoch. (Carvalho et al., Science 2021)

Jaramillo says these explanations aren’t mutually exclusive, and it could have easily been some combination of all three that allowed flowering plants to become the dominant group in today’s South American rainforests.

But even as these findings highlight how a mass extinction gave rise to the modern pinnacle of biodiversity, researchers say it should also be a cause for reflection as humans cause what many call a sixth mass extinction event.

“This asteroid impact and the mass extinction it caused is actually a good analog for what’s happening today,” says Wilf. “The asteroid and what humans are doing in terms of driving extinctions are instantaneous in geological time. This work shows how an ecosystem evolved and recovered after catastrophe, but it took millions of years,” he says. “That should really give us pause because we can’t wait that long.”

Alex Fox is a freelance science journalist based in Washington, D.C. He has written for Science, Nature, Science News, the San Jose Mercury News, and Mongabay. You can find him at Alexfoxscience.com.

Subscribe to Smithsonian Magazine now for just $12 for 11 issues and save 84% off the newsstand price. Plus, you'll get all the benefits of Smithsonian Membership, along with the convenience of automatic renewal. Receive a FREE Smithsonian eco-tote bag with your paid order. (Please allow 6 weeks for delivery. New subscribers only.)