"I come to this conclusion because I believe the current court threatens the democratic foundations of our nation," the senator said in an op-ed. 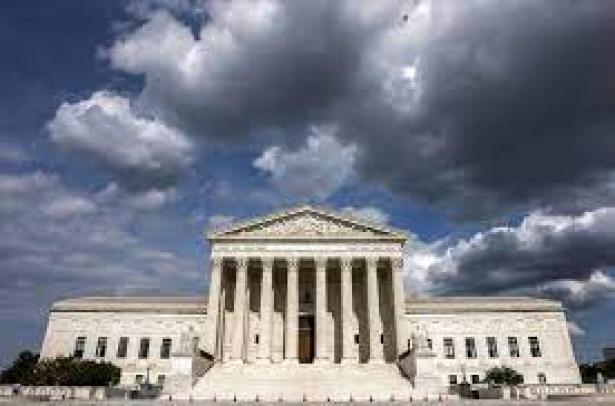 Sen. Elizabeth Warren (D-Mass.) announced Wednesday that she supports expanding the Supreme Court by at least four more seats, aligning herself with a small but growing number of progressive lawmakers demanding reforms to the high court.

Warren said conservatives on the court have embraced “extremism and partisanship,” referring to a majority of Supreme Court justices this month signaling their willingness to gut Roe v. Wade, the landmark 1973 ruling that the Constitution protects the right to an abortion. She also cited justices’ plans to take up cases that could bar states and cities from regulating guns or that could drastically weaken the U.S. government’s ability to fight climate change.

“For years, the Supreme Court’s conservative majority — recently supercharged to 6-3 — has issued decision after decision that veers away from both basic principles of law and widely held public opinion,” Warren wrote. “With each move, the court shows why it’s important to restore America’s faith in an independent judiciary committed to the rule of law. To do that, I believe it’s time for Congress to yet again use its constitutional authority to expand the number of justices on the Supreme Court.”

The Massachusetts senator also took aim at Senate Minority Leader Mitch McConnell (R-Ky.), who she said has “hijacked” the court for years. He prevented President Barack Obama from filling a vacancy on the court, Warren noted, and then rammed through one of President Donald Trump’s nominees, now-Justice Amy Coney Barrett, days before Joe Biden won the 2020 presidential election.

Warren announced she will also co-sponsor the Judiciary Act of 2021, a bill that would add four seats to the Supreme Court. She joins two other Democrats on the bill, Sens. Ed Markey (Mass.) and Tina Smith (Minn.).

The Judiciary Act isn’t going anywhere anytime soon. It’s popular among progressives, but it needs a lot more Democratic support to get moving in Congress. Sixty senators are needed to advance any legislation, and there are currently only 50 Democrats.

Brian Fallon, executive director of Demand Justice, a progressive judicial advocacy group leading the charge on this issue, conceded to HuffPost in September that it will take time to persuade a majority of Democrats to support the bill.

But he said the push on the issue is part of a long-term plan to make the courts more of a priority for Democratic activists — something Republicans have outperformed Democrats on. Demand Justice recently launched a $1.5 million grassroots program aimed at pressuring Democrats to get behind the bill.

Warren’s announcement is “one of the biggest breakthroughs so far” in the movement to reform the Supreme Court, Fallon said on Wednesday.

“Senator Warren almost single handedly helped the push to eliminate the filibuster catch fire, and we believe the same kind of consensus will soon emerge among Democrats on the issue of Court expansion,” he said. “Warren has a reputation as one of the most thoughtful leaders on issues related to judges and the courts, and her endorsement of expansion at this moment is truly a tipping point.”

Jennifer Bendery is a senior politics reporter for HuffPost. She has covered Congress and the White House for HuffPost since April 2011.