The store in Arizona joins two in New York as the only corporate Starbucks stores with a union. 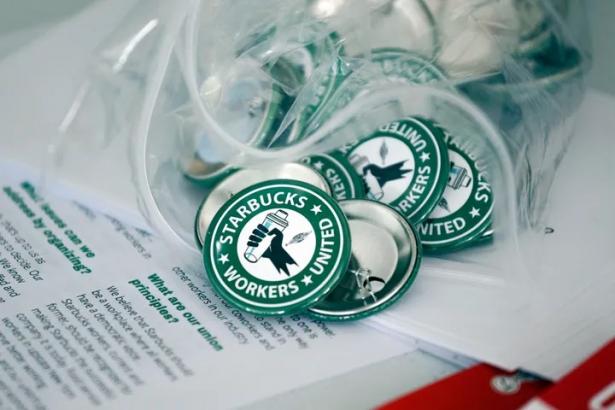 The union representing Starbucks workers has already filed a charge seeking to have the fired employees reinstated.,VIA ASSOCIATED PRESS

Starbucks workers at a store in Mesa, Arizona, have voted to unionize, adding more fire to a labor campaign that’s spread from coast to coast.

In a ballot count held Friday by the National Labor Relations Board, 28 workers at the store voted to join Workers United, the union that’s been organizing the coffee chain since last year, while just three voted against it. The labor board, which referees union elections in the private sector, must still certify the results to make them official.

The Mesa store joins two other locations, both in the Buffalo, New York, area, as the only corporate-owned Starbucks locations with union representation. But Workers United has filed petitions for elections at more than 100 other stores, making it likely others will soon join their ranks.

The fast-spreading union campaign inside the world’s largest coffee chain has been one of the most surprising stories in organized labor in years. In a matter of months, the campaign, called Starbucks Workers United, has drawn in baristas from at least 26 states who say they want to form a union to bargain with the company.

Starbucks has tried in vain to slow the campaign from spreading. The company has dispatched managers and executives to hold meetings with workers to discourage unionization, and its lawyers have tried to delay elections through labor board proceedings. The company suffered a legal setback earlier this month when it missed an important legal deadline by eight minutes, saying Microsoft Outlook had crashed on its attorneys.

Starbucks recently launched a website to combat the drive where it says unions are “not necessary” at its stores. “We don’t believe having a union will meaningfully change or solve the problems you’ve identified in your stores,” the company says.

In early February the company fired a group of union activists in Memphis, saying they had violated company policy by unlocking the store and allowing nonemployees in without permission. The union has filed an unfair labor practice charge with the labor board, alleging the firings were illegal retaliation, a claim the company denies.

The Starbucks campaign began in western New York, where the union won two out of three elections held late last year. A union can file for an election after it has rounded up signatures from at least 30% of the workers, but it needs to get a majority of votes in the election in order to win.

Workers at the Mesa store were among the first outside of New York to join the effort, requesting an election last November. Starbucks argued that an election should not be held for the individual store, pushing to expand the vote to include other stores in the Mesa area. Enlarging the bargaining unit in such a manner can benefit the company by diluting the union’s support.

The labor board rejected that argument, however, and allowed the vote to move forward for the Mesa store. As HuffPost recently reported, the company has brought on dozens of outside lawyers from the firm Littler Mendelson in an effort to blunt the union campaign.