labor Half of Women of Color in U.S. Make Less Than $15 an Hour: Oxfam

March 22, 2022 Sarah Ruiz-Grossman The Huffington Post
Printer friendly
Half of Women of Color in U.S. Make Less Than $15 an Hour: Oxfam Published March 22, 2022 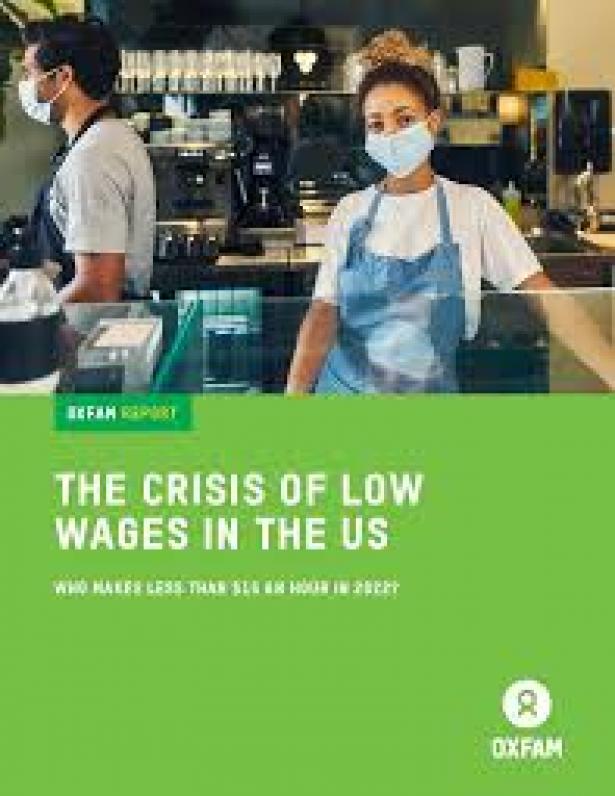 Over 50 million workers in America make less than $15 an hour — and they’re disproportionately women of color.

While the federal minimum wage is $7.25 per hour, workers and Democratic lawmakers have been calling for years for this to be raised to a “livable” $15 per hour nationwide.

Analyzing data from the U.S. Census Bureau’s American Community Survey and Current Population Survey, Oxfam researchers found what they called a “staggering” race and gender gap in who earns low wages in this country:

Oxfam estimated that with current inflation levels at a 40-year high, the value of the minimum wage — which Congress last raised over a decade ago in 2009 — has dropped by around 21% since then.

“It’s been 13 years since Congress raised the wage floor in this country, and in that time all costs of living have steadily climbed,” Kaitlyn Henderson, senior research advisor at Oxfam America, said in the report’s release. “It’s shameful that at a time when many US companies are boasting record profits, some of the hardest working people in this country — especially people who keep our economy and society functioning — are struggling to get by and falling behind.”

The report calls for what many workers and Democratic lawmakers have been pushing for years: a universal minimum wage of $15 per hour — which Oxfam notes would lift millions out of poverty and help reduce widening wealth inequality in the U.S.

Even as the federal minimum wage remains at $7.25 per hour, some workers are allowed to be paid even less than that, per the report, including farm workers and domestic workers, who are disproportionately people of color. And workers who earn “tipped” wages — around 4.3 million people, largely in the service industry — only have a minimum tipped wage of $2.13 per hour (which hasn’t increased since 1991). While employers are supposed to make sure those workers’ actual wages add up to over their local minimum wage, “enforcement is difficult, which leads to rampant wage theft,” per the report.

A state-by-state map that accompanies Oxfam’s report shows which U.S. regions pay the least. For instance, in Mississippi — the state with the highest rate of workers earning under $15 per hour — 63% of Black workers and 70% of women of color earn less than $15 per hour. On the other end of the spectrum, Washington D.C., Washington state and California have the lowest concentration of low-wage workers.