labor The Atlantic’s Tech and Business Workers Intend To Unionize

The organizing campaign is the latest sign that collective bargaining within media isn’t just for newsrooms in the digital era. 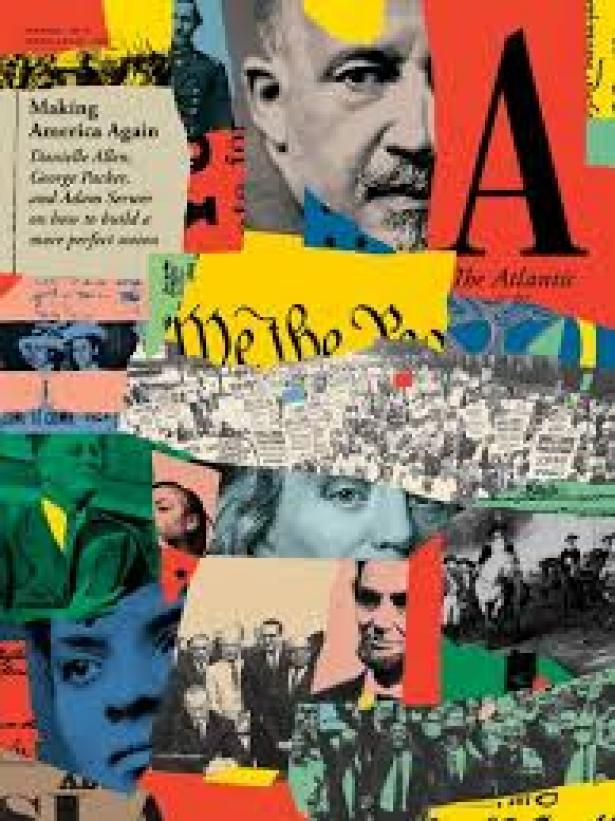 Tech and business workers at The Atlantic told the media company’s leadership on Thursday that they intend to form a union, just like their co-workers on the magazine’s editorial side did last year.

The organizing campaign is the latest sign that collective bargaining within media isn’t just for newsrooms in the digital era. The proposed union would include some 130 members in New York and Washington who are employed in revenue-driving jobs like data analysis, software engineering, graphic design for sponsored content, sales, marketing and customer service.

The workers intend to join the NewsGuild of New York, the same union that now represents Atlantic writers and editors. Tech workers at The New York Times voted overwhelmingly to join the NewsGuild in March after a public fight with their employer; the Times had opposed the union effort despite the fact that other Times jobs had been union for decades.

It will be up to The Atlantic to decide whether it wants to try to treat workers on the business and tech sides any differently. In a meeting with managers on Thursday, employees said a strong majority had signed union cards and hoped the company would voluntarily recognize their union like it did for the editorial side, which is now negotiating a first contract. A recognition agreement allows workers to bypass the potentially messy election process and start bargaining.

Atlantic CEO Nick Thompson responded to the workers’ proposal in a note to staff Thursday, calling it “an extremely important request.” Thompson said management would “review and consider it quickly over the coming days.”

“We are all proud of the work we do as stewards of The Atlantic’s important mission and of a culture defined by generosity and a sense of belonging,” he wrote. “We look forward to continuing to work collaboratively and in a way that reflects this generous spirit as the process moves forward.”

Erin Boon, a data scientist who works on growing the Atlantic’s subscriber base and advertising revenue, said employees have a range of concerns they’d like to see addressed, but mostly they just want to have a say in their working conditions. If the Atlantic relies on them to make strategic decisions for the business to succeed, she said, then those same workers should have a hand in the paid leave, return-to-office and other workplace policies.

“I don’t have any particular gripes with the company, but I’m an adult and I think I deserve to have a seat at the table when it comes to the terms of my employment,” the 38-year-old said.

The tech industry remains a difficult nut for organized labor to crack, despite recent progress at companies like Alphabet. But the high union density within media can make organizing tech workers there an easier lift, given their proximity to other union workers. The NewsGuild has been on an organizing tear for years, including at another major legacy media company, Condé Nast.

“There are only two fossil fuel companies we work with, but a lot of us don’t want to be working with them at all.”

“Being alongside the [Atlantic] editorial union, it just makes perfect sense,” Boon said. “We feel more closely aligned with them than some of us do with data scientists at Google.”

The Atlantic employees seeking to unionize tend to work on the “back end,” performing jobs that don’t come with bylines but help to fund the journalism The Atlantic is known for.

Michal Anderson works as a graphic designer with the company’s Re:think studio, which produces marketing films and articles for companies like Range Rover and Netflix. Anderson said workers hope a union contract would address many of the same issues other media unions have bargained over, like pay equity, diversity, career advancement opportunities and job security.

The company cited declining ad revenue when it laid off 68 workers early in the pandemic, or 17% of its staff, including the entire video team, Poynter reported. That bloodbath helped expedite the organizing campaign among The Atlantic’s magazine staffers.

But workers also have some concerns over whom the company does business with, Anderson said.

Atlantic employees previously took issue with having to produce sponsored content for fossil fuel companies, sending a letter to management that received a “tepid response,” according to Anderson. Some workers are uncomfortable with The Atlantic’s revenue that comes from such sources, considering the magnitude of the climate crisis. The company would almost certainly be reluctant to negotiate over business decision-making, but Anderson said the bargaining table would be the place to raise such an issue.

“There are only two fossil fuel companies we work with, but a lot of us don’t want to be working with them at all,” the 25-year-old said.

The start of the organizing effort at The Atlantic preceded the union election by tech workers at the Times, but Anderson said the successful campaign at the paper of record inspired a lot of confidence.

“I don’t have any particular gripes with the company, but I’m an adult and I think I deserve to have a seat at the table when it comes to the terms of my employment.”

Times workers voted 404 to 88 in favor of joining the NewsGuild, a move Times management warned would be “an unproven experiment with permanent consequences.” The union said the bargaining unit appeared to be the largest of tech workers anywhere in the country.

Although the Atlantic unit would be significantly smaller, it would further demonstrate that tech workers in media want to bargain collectively, said Nozlee Samadzadeh, a member of the New York Times Tech Guild. Of the Atlantic workers, she said it was “incredible to think they’re unionizing.”

“We all work in media because we care about journalism and access to information,” Samadzadeh said. “It’s easy for us to be taken advantage of, to be told we’re doing something important and to give up better compensation or benefits. We should have a say in the conditions.”

When The Atlantic’s magazine staffers announced their intention to unionize, the magazine’s top editor, Jeffrey Goldberg, said the company would not fight the effort. “We all love The Atlantic, and we all take seriously our responsibility to be careful stewards of this great institution,” he wrote in a note to staff.

Anderson said that graciousness should extend to other parts of The Atlantic family.

“We’re hoping-slash-expecting to be voluntarily recognized as editorial was,” Anderson said. “I think they’re aware we bring as much value and revenue as they do with their journalism.”