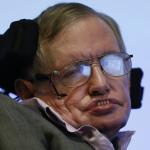 Machines won't bring about the economic robot apocalypse -- but greedy humans will, according to physicist Stephen Hawking.
In a Reddit Ask Me Anything session on Thursday, the scientist predicted that economic inequality will skyrocket as more jobs become automated and the rich owners of machines refuse to share their fast-proliferating wealth.

If machines produce everything we need, the outcome will depend on how things are distributed. Everyone can enjoy a life of luxurious leisure if the machine-produced wealth is shared, or most people can end up miserably poor if the machine-owners successfully lobby against wealth redistribution. So far, the trend seems to be toward the second option, with technology driving ever-increasing inequality.

Essentially, machine owners will become the bourgeoisie of a new era, in which the corporations they own won't provide jobs to actual human workers.
As it is, the chasm between the super rich and the rest is growing. For starters, capital -- such as stocks or property -- accrues value at a much faster rate than the actual economy grows, according to the French economist Thomas Piketty. The wealth of the rich multiplies faster than wages increase, and the working class can never even catch up.
But if Hawking is right, the problem won't be about catching up. It'll be a struggle to even inch past the starting line.
[Alexander C. Kaufman is the Senior Business Editor of The Huffington Post. Previously, he worked as a staff reporter at the International Business Times, The Wrap and The Boston Globe. Reach him at alexander.kaufman@huffingtonpost.com or @AlexCKaufman.]
Source URL: https://portside.org/2016-03-03/stephen-hawking-says-we-should-really-be-scared-capitalism-not-robots