When Ilhan Omar Is Accused of Anti-Semitism, It’s News. When a Republican Smears Muslims, There’s Silence. 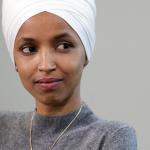 “IT’S ALL ABOUT the Benjamins, baby.”

That is, of course, what Rep. Ilhan Omar famously tweeted on February 10, in response to a tweet from my colleague Glenn Greenwald decrying “how much time U.S. political leaders spend defending a foreign nation” — namely, the state of Israel. Then, when a journalist followed up by asking Omar who she believed was “paying American politicians to be pro-Israel,” the congresswoman tweeted: “AIPAC!”

The freshman Democrat from Minnesota “unequivocally” apologized the very next day, saying that she was grateful to Jewish allies and colleagues who were educating her “on the painful history of anti-Semitic tropes” and insisting that she never intended to “offend my constituents or Jewish Americans as a whole.”

But it was too late. With those two (since-deleted) tweets, Omar kicked off a political and media firestorm that lasted for weeks and saw her condemned and castigated by, among others, cable news pundits, newspaper op-ed columnists, Jewish community groups, Donald Trump, congressional Republicans, and even the leaders and members of her own party.

Now, fast forward to last week, specifically August 21. Rep. Mo Brooks, a right-wing Republican congressperson from Alabama with a long history of controversial and offensive remarks, was interviewed on WVNN, a radio station in Huntsville, about the decision by Israel’s government to deny entry to Omar and her fellow Muslim Democrat Rashida Tlaib.

“Usually, there is not much controversy with respect to Israel,” Brooks told host Jeff Poor. “Usually, the United States Congress is overwhelmingly close to 100%, if not 100%, in support of recognizing Israel as a long-term American ally, and that we have a mutual defense relationship. Unfortunately, we now have people in the United States Congress who view Israel as an enemy, and that makes for an entirely different mix of conversation.”

Which “people” would that be? Brooks didn’t hold back. Rep. Mo Brooks speaks with a reporter as he leaves the Capitol after the final vote of the week in Washington, D.C., on June 5, 2019.  Photo: Bill Clark/CQ Roll Call via AP

“There is, and I think it’s based on the growing influence of the Islamic religion in the Democratic Party ranks,” he continued. “Keep in mind: Muslims more so than most people have great animosity toward Israel and the Jewish faith. And as you have more and more Muslims in the United States, as they gain greater and greater influence in elections, particularly in Democratic Party primaries, then you’re going to see more and more people like Ilhan Omar, Rashida Tlaib, and company that are anti-Israel, and that brings an entirely different viewpoint into the United States Congress.”

Wow. I have been reporting on Islamophobia in U.S. politics for more than a decade, and I honestly cannot remember coming across a more brazenly Islamophobic statement from an elected member of Congress. “Growing influence of the Islamic religion” among Democrats? “More and more Muslims” winning elections? The “dominant influence”? “Anti-Jewish”? In an age of rising white nationalism, in which Muslims have been gunneddown in mosques by domestic terrorists who believe such conspiracy theories about Islam, these remarks aren’t just offensive, they’re downright dangerous.

So you might think the media — and the Democrats — would be all over Brooks and the Republicans, right?

Not quite. I asked Parker Molloy, of Media Matters for America, to check the numbers. In terms of cable news, Molloy found that in the seven days after Omar’s “Benjamins” tweet, “Fox News mentioned her during 21 shows, CNN in 53, and five on MSNBC.” The freshman Democrat’s name, according to a Lexis search, was also mentioned in a whopping 479 newspaper articles.

And in the seven days since Brooks’s remarks? Zero mentions of him in the national press. Zero coverage of him on network and cable news. Not one story; not one report.

On Tuesday, Waleed Shahid, communications director for Justice Democrats, tweeted out a clip of Brooks’s remarks, pointing out that it had received “nearly half a million views” on Twitter, yet had received “virtually no coverage” in the mainstream press.

There were full days worth of news, takes, and statements regarding whether or not @IlhanMN peddled in anti-Semitic tropes while criticizing US policy toward Israel.

Nearly half a million views on this video and virtually no coverage of such blatant Islamophobia in the GOP. https://twitter.com/_waleedshahid/status/1165321300858068992 …

"Muslims more so than most people have great animosity towards Israel and the Jewish faith. As you have more and more Muslims in the US, as they gain greater and greater influence in elections...you’re going to see more people like @IlhanMN, @RashidaTlaib." -@RepMoBrooks 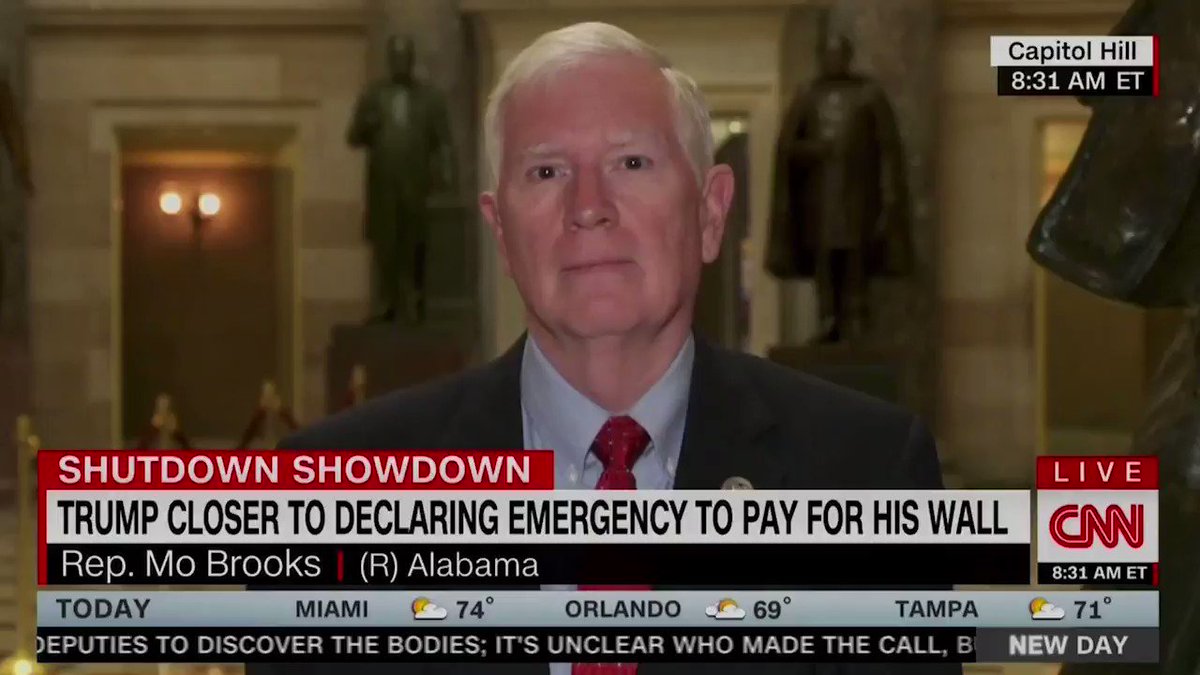 Shahid told me that he had shared the clip with a number of reporters and producers last week, but none of them had followed up with a story on it. “No bite,” he said.

Can you imagine the reaction if Ilhan Omar had said that Jews had become the “dominant influence” within the Republican Party, or if she had decried the “growing influence” of the Jewish religion in the GOP? Or if she had spoken about Jews gaining “greater and greater influence” in elections?

We would now be embarking on another seven (or even 70!) days of nonstop coverage, and condemnation, of what would be (rightly) described as her brazen and shocking anti-Semitism. It would be front-page news; the subject of almost every panel discussion on cable.

Yet Brooks makes these outrageous and bigoted claims about Muslims and Islam and …? Silence. A shameful and very deafening silence. No headlines. No op-eds. No panels. No reporters chasing down House Republicans and demanding a condemnation or disavowal from them.

Look, I expect nothing from the likes of House Minority Leader Kevin McCarthy or House Minority Whip Steve Scalise. They’re bad-faith actors who, incidentally, have their own issues with racism and anti-Semitism: McCarthy accused Jewish billionaires of trying to “buy” the midterm elections for the Democrats, while Scalise once described himself as “David Duke without the baggage.”

But what about House Speaker Nancy Pelosi? Why isn’t she drafting a congressional resolution to condemn Brooks, as she did for Omar? Where are the statements of outrage from Chuck Schumer and Steny Hoyer, who were so quick to go after one of their own? Why aren’t MSNBC and CNN rolling on this? How come the Washington Post and the New York Times aren’t publishing long pieces about the GOP’s Islamophobia problem? Why aren’t the liberal columnists who lined up to slam Omar now writing op-eds denouncing this blatant and undeniable racism from Brooks?

As I pointed out last week, anti-Muslim bigotry has been normalized in liberal and Democratic Party circles. Meanwhile, anti-Semitism has been weaponized by Republicans eager to smear their Democratic opponents (while simultaneously turning a blind eye to the anti-Semites and white nationalists in their own ranks).

The net result? Omar is hung out to dry while Brooks gets a pass. Omar is now a household name, and the subject of multiple death threats, while Brooks gets to carry on making offensive and conspiratorial claims about Islam, Muslims, and the Democratic Party without any sanction or censure.

This week, ironically, Omar’s alleged anti-Semitism was back in the news. Again. Media organizations that studiously ignored Brooks’ bigotry for seven straight days managed to find time, and column inches, to cover the Alabama Republican Party’s ridiculous call for Omar to be expelled from Congress.

Yes, you read that correctly: the Alabama GOP. The state party of … Rep. Mo Brooks.

You can’t make this stuff up.