What Will Humans Eat on Mars? 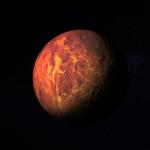 If you ask Elon Musk, private space travel could be a reality in the next year, and a self-sustaining city on Mars is not far off. In the meantime, planetary scientist Kevin Cannon and his colleagues at the University of Central Florida are less concerned with the Starship that will launch passengers into orbit and more interested in how to feed a potential human settlement on Mars. In their recent paper “Feeding One Million People on Mars,” Cannon and Daniel Britt modeled a path toward self-sufficiency for one million settlers over the course of 100 Earth years—taking into account caloric intake per person, imported food in the early years, and necessary infrastructure, like pressurized food production facilities and underground tunnels for growing plants with LED lighting and sunlight piped in.

Smithsonian magazine spoke to Cannon about their detailed vision.

What inspired you to consider feeding one million people on Mars?

I've been working on a lot of projects related to space resources, so using local materials on the moon or Mars to support exploration and development of space. If you think about the consumables you would need for humans, you're looking at oxygen, water, construction material and food. And what we realized is that the food is one of the most challenging things to produce on the surface of Mars and that it's going to take a lot of processing. In our opinion, people really weren't thinking big enough.

How did you come up with numbers—like number of people and caloric intake—for the study?

The million people, that's kind of an arbitrary figure based on some stuff that Elon Musk has talked about for his aspirational goals, so we just chose that as a baseline. For the specific numbers in the study, we took a lot from data on Earth. For example, we looked at how many calories the average person eats per day and then scaled that based on a person's age and activity level. In this computer model, we actually represent a population of people, so we had a 50/50 mix of males and females and we had an age structure. Of course, children consume a lot less calories than older people. That’s all taken into account in our modeling.

What practical factors did you consider when thinking about food production on Mars?

What turns out to be the real limiting factor is the amount of land that you require. The reason why that's so important on Mars is that when you think about land, you're really talking about building an enclosed structure. You have to pressurize it, you have to heat it and you have to light it to protect against the Martian environment. There's almost no atmosphere. It's very cold. So, land turns out to be the most important driver. The more land you have to use to grow food, then the more construction, the more power, et cetera.

How did you determine which food sources would be well-suited for life on Mars?

We looked at this in a very general way. We thought, okay, let's start from plants, because that's what most people assumed in the past when they thought about what people would be eating on space missions. And let's go a little bit beyond that to some protein sources. So, we looked at what's being done on Earth and we honed in on insect-based foods that turned out to be very efficient for Mars, as well as what's called cellular agriculture. That’s this idea of growing meat from cells in these large bioreactors. It’s something that's actually coming a lot sooner than people think on Earth, and it's very well-adapted for producing food in space.

How does cellular agriculture work?

The way it works is that you take cells from an animal—you can really use any animal, but people are starting with chickens, cows, the familiar things. You extract those cells and then you basically grow them in a nutrient solution. This could be done in a big, stainless steel tank and it almost would look more like brewing beer than a traditional farm. What people are really working on now is to try to get the texture right by building up those cells in some kind of scaffold that gives you the texture of different meats. But the whole point is it's a much more sustainable way of producing animal protein, and it's much more ethical because it doesn't involve raising animals in questionable conditions.

Could you elaborate a bit more on the insect protein?

In North America and in Europe, it's not really part of our culture or diet. But if you look more broadly, I think something like 2 billion people eat insects as part of their diet on a regular basis. It turns out to be a very good source of protein and again, it's much more sustainable. It doesn't require a lot of land or a lot of water compared to factory farming practices. Of course, there is a little bit of a gross factor. But people can, for example, grind up crickets into flour and then put them into cookies or chips or things like that, so you can hide them and get away from just chomping down on whole insects.

What kind of fruits or vegetables would be on the menu?

If you look at what's being done in space right now, the astronauts have a little garden where they're able to grow things like lettuce, tomatoes and peppers. Of course, those foods are valuable for things like vitamins and the psychological benefit of being able to grow your own vegetables. But you're not going to be able to feed a large population on those very low-calorie vegetables, so you're really going to have to look at things like corn, wheat and soy that are dense enough in calories to support a growing population.

What kinds of technologies did you find were best suited for food production on Mars?

One of the important things is that you would want your food production to be as automated as possible because that would free up people's time to do more important things. A lot of companies are working on that on Earth, trying to integrate robots into farming and insect production. I think the other thing that's going to be important is genetic modification, particularly with the plant species, to find ways to improve strains of crops and make them more resilient to grow in a harsh environment on Mars. Right now, the most promising thing would be something like CRISPR, which has kind of taken over the biology world. Already, there's been a few studies that have used CRISPR to rapidly modify the genomes of specific plant species. So, I think that in particular has the most promise for making Mars-specific strains of crops.

What are some other challenges posed by the conditions on Mars?

One thing we looked at was whether it makes sense to grow plants in greenhouses on the surface. Whenever you see an artist sketch of a Mars base, you always see greenhouses everywhere. But what we found is that you really just don't get enough sunlight at the surface of Mars because it's farther away from the sun. Your incident sunlight is basically what you would get in Alaska, and there's a reason why we don't grow corn and wheat in Alaska. They're growing at more southern latitudes. So, it turns out that something like a greenhouse might actually not make sense on Mars. You might be better off growing the plants and producing other foods in tunnels underground, for example.

Where would the water come from?

We have a pretty good handle on where the water is on Mars. It's mostly locked up as ice underground and it's also found in certain minerals. For things like clays and salts, where the water is actually embedded in the mineral structure, you could heat those up and evaporate the water off. Once you extract that water, it's pretty easy to recycle water fairly efficiently. I think on the space station, something like 97 percent of the water is recaptured and reused. It’s obviously an engineering challenge to mine that water in the first place, but then once you have a reservoir built up, you should be able to recycle it fairly efficiently in this closed ecosystem that you construct.

Based on the results of the study, would you advocate for a human settlement on Mars?

Yes, and I think if we look at what particularly SpaceX is doing, they're already building the ships that are going to take cargo and then people to Mars. We’re already kind of set down that path, and the question is going to be: who goes? Is this going to be space agencies? Is it going to be tourists? And how is a settlement or a city going to build up? But I think it is definitely something that's feasible in the near term.

How could this knowledge apply to life on Earth?

It’s almost a coincidence that the constraints that Mars imposes on you—the lack of atmosphere, the cold—force you to produce food in a way that is more sustainable than what we do on Earth. So, moving away from factory farming, moving away from large scale production of dairy and animal protein and thinking about these alternatives, like insects and cellular agriculture, all of those practices are more sustainable than what we're currently doing on Earth.

There’s kind of a spin-off, in that developing this stuff for Mars can help us move to a more responsible way of producing food on Earth.