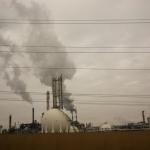 Workers at the Environmental Protection Agency say staffing and morale levels have fallen so low that they’re calling for a new “bill of rights” to protect the EPA’s scientific integrity.

Backed by a handful of Democratic lawmakers, the employees are demanding that agency leadership not interfere politically in their enforcement duties or their environmental research. They’re also asking for a beefed-up budget, an end to government shutdowns and a new union contract bargained by both sides.

Bethany Dreyfus, a lawyer working on Superfund enforcement for the EPA in San Francisco, said the agency’s offices have been stretched thin by employee attrition and worn down by what she sees as the White House’s hostility to the agency’s core work. While the proposed bill of rights is essentially a symbolic gesture, she said she hopes it reminds leadership of the EPA’s stated mission, which is to protect human health and the environment.

“There’s been an attack on the EPA from a lot of directions ― an attack on EPA science, an attack on our regulations, and an attack on the workers who actually do the work,” said Dreyfus, who is also Local 1236 president for the American Federation of Government Employees, a union representing EPA workers.

Career employees at a number of multiple federal agencies doing scientific work have felt squeezed by a White House that’s cozy with big business. Headed by a climate change denier, the Trump administration has sidelined researchers and diluted the role of science in writing regulations, prompting many longtime federal workers to quit or retire as their work was undone.

The White House has made some of its most aggressive regulatory rollbacks at the EPA, often in clear conflict with the scientific record.

The agency has been trying to spike or delay dozens of environmental regulations, and one of its high-ranking officials gave a presentation at a fringe confab for climate deniers. Even stocked with Trump appointees, the EPA’s science advisory board recently criticized proposals that would weaken stream and wetland protections, saying that what the administration seeks to do “neglects established science.”

The regulatory rollback has been intertwined with what many agency workers see as an attack on collective bargaining rights.

Last summer the EPA unilaterally implemented a union contract that cut back on agency employees’ telework opportunities and booted union officials from their offices. The union filed an unfair labor practice charge against agency leadership, claiming they didn’t bargain in good faith before forcing the contract on employees. The Federal Labor Relations Authority, which referees such disputes in the federal government, ultimately determined that the agency had bargained in bad faith.

The American Federation of Government Employees will try to negotiate a new contract covering 7,500 EPA workers starting Tuesday. Marie Owens Powell, an underground storage tank enforcement officer in Philadelphia, said she and other workers plan to present their bill of rights to the agency to remind the administration of the EPA’s mission.

“We needed some kind of vehicle ... so these employees would feel like they had a voice,” said Powell, who is a member of the union committee that is bargaining with the agency. “As an employee for the past 27 years, I’ve never seen staffing levels cut this much, research stalled and morale at an all-time low.”

Powell said one of the biggest problems she’s seen is the exit of agency veterans, which has foisted work onto less experienced employees. “That institutional knowledge takes a long time to rebuild,” she said. “There are folks feeling so overwhelmed right now.”

Some outside scientists are rallying around workers like Powell. Andrew A. Rosenberg, director of the Center for Science and Democracy at the Union of Concerned Scientists, said his group was signing onto their bill of rights because federal employees need “additional protections” under the current administration. He said the problems go beyond the EPA and exist “across agencies,” including the Energy and Interior departments.

“We continually hear stories, issues with scientific integrity, with work being suppressed or [censored], or the fact that professional staff are not in the room when a policy proposal is developed,” Rosenberg said.

As HuffPost previously reported, the Trump administration has worked hard to weaken federal unions and water down job protections for government employees. The White House issued sweeping executive orders aimed at peeling back collective bargaining rights and making it easier to fire federal workers. Once those orders got tied up in court, the administration tried to achieve the same goals at the bargaining table with unions like the American Federation of Government Employees.

That union says it conducted a survey of its members working at the EPA, and 90% said they do not trust the agency to bargain in good faith this time around.