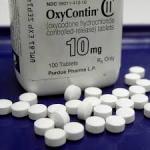 The Department of Justice announced a multi-billion-dollar settlement with Purdue Pharma on Wednesday, following a years-long investigation into the drug manufacturer accused of sparking the nationwide opioid crisis.

But several state attorneys general say federal prosecutors let the Sacklers, the family who owns Purdue Pharma and made billions of dollars exploiting opioid dependence, off the hook and failed to deliver justice.

“This settlement provides a mere mirage of justice for the victims of Purdue’s callous misconduct,” Connecticut Attorney General William Tong (D) said in a statement. “The federal government had the power here to put the Sacklers in jail, and they didn’t. Instead, they took fines and penalties that [Purdue] likely will never fully pay.”

As part of the $8.3 billion settlement, Purdue pleaded guilty to three federal criminal charges, including conspiracy to defraud the U.S. government and violating federal anti-kickback laws by paying doctors to write more prescriptions for OxyContin, a painkiller Purdue manufactures.

The settlement also requires Purdue to become a public benefit company that will be owned by a trust and “function entirely in the public interest,” according to a statement issued by the Justice Department. Any profits Purdue yields by selling OxyContin and other drugs must be directed toward “state and local opioid abatement programs,” the DOJ said.

Attorneys representing states, families, Native American tribes and other entities suing Purdue say using proceeds from OxyContin sales to curb addiction to that very drug is bizarre and inappropriate, and that Purdue should instead be sold to a private buyer.

In a letter sent to U.S. Attorney General William Barr last week, a group of 25 state attorneys general spoke out against a potential settlement with Purdue, specifically its then-rumored transformation into a public benefit company.

“The Sacklers’ proposal to cloak the OxyContin business in public ownership compromises the proper roles of the private sector and government,” the attorneys general wrote in their letter. “Thousands of Americans have died, and it is a top priority of every State to enforce the law against the perpetrators whose misconduct caused the opioid crisis. The last business our States should protect with special public status is this opioid company.”

‘Allows Billionaires To Keep Their Billions’

The settlement also leaves the Sacklers’ vast wealth largely untouched, as they have reportedly moved as much as $13 billion out of the company in recent years and into offshore bank accounts in anticipation of the financial fallout from thousands of lawsuits.

And that $8 billion settlement? Purdue probably won’t pay much of it.

Here’s why: the company filed for bankruptcy in September 2019. Though the settlement includes a $3.54 billion criminal fine, that bankruptcy status means the money likely won’t be fully collected, The Associated Press reported.

The settlement also requires Purdue to make a direct payment to the government of $225 million as part of the $2 billion criminal forfeiture. The Justice Department said it’s willing to give Purdue credit for the remaining $1.775 billion based on the money it is expected to funnel to state and local governments as a public interest company.

Purdue has also agreed to pay $2.8 billion in civil penalties. Separately, the Sacklers will pay $225 million in civil damages, according to the DOJ.

“I cannot support this deal,” North Carolina Attorney General Josh Stein (D) said in a statement Wednesday. “The opioid epidemic is a scourge leaving addiction, death and sorrow in its wake.”

“Purdue Pharma is as responsible for creating this crisis as any company and the Sacklers as any family,” he continued. “This settlement does not force the Sacklers to take meaningful responsibility for their actions. A real agreement to resolve these cases would force the Sacklers to pay more and would provide funding to help pay for the treatment and programs people need to get well.”

Though the DOJ stated in its announcement that the Sacklers have not been released from any potential criminal liability, several state attorneys general expressed skepticism that the family would ever be held accountable.

“While our country continues to recover from the pain and destruction left by the Sacklers’ greed, this family has attempted to evade responsibility and lowball the millions of victims of the opioid crisis,” New York Attorney General Letitia James (D) said in a statement. “Today’s deal doesn’t account for the hundreds of thousands of deaths or millions of addictions caused by Purdue Pharma and the Sackler family. Instead, it allows billionaires to keep their billions without any accounting for how much they really made.”

Some experts said Wednesday’s announcement was similar to Purdue’s 2007 settlement with Virginia prosecutors who had accused the company of deceiving doctors about OxyContin’s addiction risks. The company ended up only paying a modest fine of $600 million while Purdue executives pleaded guilty to misdemeanors.

Fining a corporation instead of sending its executives to jail is essentially granting “expensive licenses for criminal misconduct,” then-Sen. Arlen Specter  (R-Penn.) said at the time, according to The New Yorker.

The Trump administration has been pushing to finalize a deal with Purdue ahead of the Nov. 3 election, hoping voters see the settlement as a win against Big Pharma, multiple lawyers familiar with the matter told The New Yorker earlier this year.

“The timing of this agreement mere weeks before the election raises serious questions about whether DOJ political leadership was negotiating in the best interest of the American public,” Tong said in his statement.

“I am not done with Purdue and the Sacklers,” she added, “and I will never sell out the families who have been calling for justice for so long.”