Gun-Makers Made Over $1.7 Billion in Assault Weapon Sales in Past Decade: House Probe 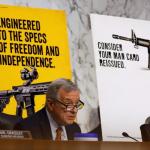 A disproportionate number of America’s deadliest mass shootings have occurred in the last decade, and in that time, gun manufacturers raked in more than $1.7 billion in revenue from assault weapon sales, a congressional investigation found in a report published Wednesday.

The probe into profits from AR-15-style guns was carried out by the House Committee on Oversight and Reform in the wake of the shooting at Robb Elementary School in Uvalde, Texas, where a gunman massacred 19 children and two teachers in May.

“How much are the lives of America’s children, teachers, parents, and families worth to gun manufacturers?” the committee’s chairwoman, Rep. Carolyn Maloney (D-N.Y.), said in a statement released with Wednesday’s report, which found that the country’s five major gun manufacturers made at least $1.7 billion selling hundreds of thousands of military-style assault weapons to civilians from 2012 through 2021.

Of the 30 deadliest mass shootings in modern U.S. history, 16 occurred in the last decade.

“These companies are selling the weapon of choice for mass murderers who terrorize young children at school, hunt down worshippers at churches and synagogues, and slaughter families on the Fourth of July,” Maloney continued. “In short, the gun industry is profiting off the blood of innocent Americans.” 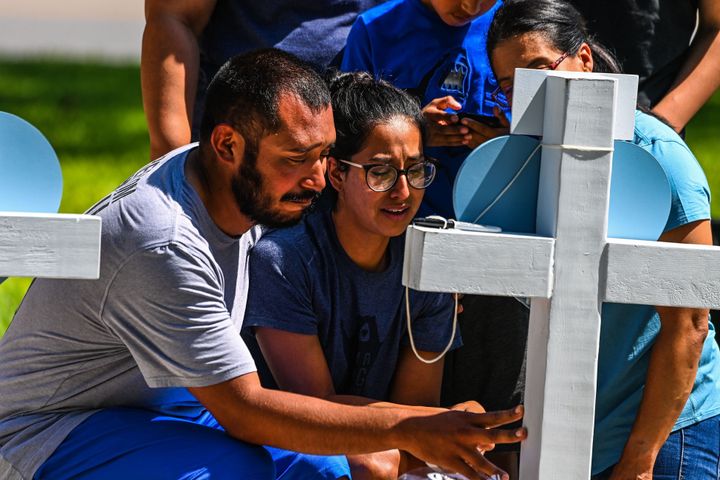 Sig Sauer, the maker of the weapons used in the Las Vegas music festival shooting in 2017 and the Orlando night club shooting in 2016 ― the two deadliest mass shootings in U.S. history ― refused to provide sales data, the report said, revealing only that AR-15-style rifles make up around 3% of its total revenue. Bushmaster, whose guns were used in the recent Buffalo, New York, grocery store shooting and the Sandy Hook Elementary School shooting in 2012, only provided sales data from 2021.

The report also found a disturbing uptick in such gun sales in recent years. Daniel Defense’s revenue from military-grade rifles tripled from $40 million in 2019 to more than $120 million in 2021. Ruger’s gross earnings from such weapons nearly also tripled during that same time, jumping from $39 million to over $103 million. Smith & Wesson’s revenue from all long guns, a category that includes AR-15-style weapons, more than doubled in that time span from $108 million to $253 million.

That fits with what previous reports have found about gun sales in the wake of mass shootings. Instead of agreeing to government intervention to prevent guns from getting into the hands of dangerous individuals, Wednesday’s report said, manufacturers have profited by “marketing deadly weapons as a way for young men to prove their manliness.”

Bushmaster ads the committee obtained included captions saying, “Consider your man card reissued,” and, “Your status at the top of the testosterone food chain is now irrevocable.” Smith & Wesson ran ads urging customers to “kick brass” and experience “pure adrenaline” with its weapons, which the committee argued have clear “violent undertones.”

Manufacturers have also directly and indirectly marketed to white supremacists, the report argued. One 2017 catalogue from Daniel Defense featured a shooter with a tattoo of the Valknot, a Norse symbol that’s been appropriated by white supremacists.

The report was released the same day the CEOs of Daniel Defense, whose version of the AR-15 was used in the Uvalde shooting, and Ruger testified before the House committee. Daniel Defense chief executive Marty Daniel argued before the committee that “our nation’s response needs to focus not on the type of gun but on the type of persons who are likely to commit mass shootings,” adding that there’s been “an erosion of personal responsibility in our country and in our culture.”

Lydia is a HuffPost reporter in her hometown of San Francisco and a graduate of the University of Southern California's Annenberg School of Journalism. She has worked at HuffPost since 2013, when she was selected for that year's class of editorial fellows. Now a staff reporter on the breaking news team, she covers reproductive rights, politics, the environment, media and all things California.