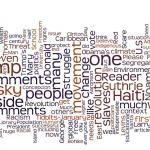 Please spread the word in your unions.
Thanks very much.
Eric Lee
LabourStart
Spring Break Delegation to Bolivia, Food Sovereignty, and Indigenous Resistance! 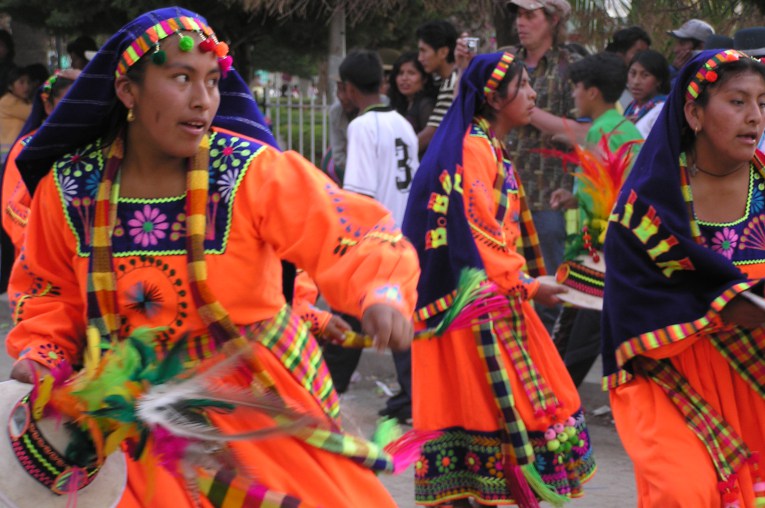 Philosophy of Pachamama, and Traditional Ecological Knowledge
The Plurinational State of Bolivia is the first country in the hemisphere governed by a progressive indigenous leader. Learn about indigenous struggles for sovereignty over food, land, and water.  Gain an understanding of the spiritual and philosophical foundations of Pachamama. And discover the traditional ecological knowledge of the country's indigenous peoples. Meet with farmers, community leaders, government officials, and others.  Experience the rich culture of the Andes and soak in the sights, sounds, people, and politics at this historic moment in Bolivia.
When: March 17 - 27, 2016
Where: Start in Santa Cruz and end in Santa Cruz; visits to Cahapare, Cochabamba, Oruro, La Paz.
Cost for Activities: $1000. This will cover all lodging, all ground transportation, at least 2 meals per day, and translation.  Additional expenses during the trip will be minimal. *Airfare not included.  Possible group rate available for those traveling from NYC.
Anyone interested should email cbalbertolovera@gmail.com as soon as possible, as space for this trip is very limited.  Please allow a day or two for responses.
Sponsored by the Alberto Lovera Bolivarian Circle of NY.
Additional flight ticket of $50 will be required for an internal flight from La Paz to Santa Cruz.
About an earlier trip: Bolivia: Complexity and Inspiration at the Roof of the World
We have lost one of the indispensable ones - Concepcion Picciotto. Presente!
There are men who struggle for a day and they are good.
There are men who struggle for a year and they are better.
There are men who struggle many years, and they are better still.
But there are those who struggle all their lives: These are the indispensable ones.
-- Bertolt Brecht
Concepcion Picciotto, the protester who maintained a peace vigil outside the White House for more than three decades -- a demonstration widely considered to be the longest-running act of political protest in U.S. history -- died Jan. 25
Read more here. 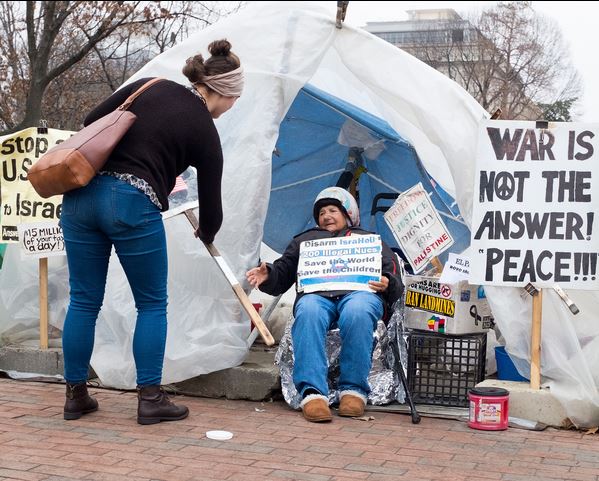 Concepcion Picciotto in a recent picture
The Narrative Of School Failure And Why We Must Pay Attention To Segregation In Educational Policy
Albert Shanker Institute
January 28, 2016
Our guest authors today are Kara S. Finnigan, Associate Professor at the Warner School of Education of the University of Rochester, and Jennifer Jellison Holme, Associate Professor at the University of Texas at Austin.  Finnigan and Holme have published several articles and briefs on the issue of school integration including articles in press in Teachers College Record and Educational Law and Policy Review as well as a research brief for the National Coalition on School Diversity. This is the first of a two-part blog series on this topic.
Imagine that you wake up one morning with a dull pain in your tooth. You take ibuprofen, apply an ice pack, and try to continue as if things are normal.  But as the pain continues to grow over the next few days, you realize that deep down there is a problem - and you are reminded of this every so often when you bite down and feel a shooting pain.  Eventually, you can't take it any longer and get an x-ray at the dentist's office, only to find out that what was originally a small problem has spread throughout the whole tooth and you need a root canal.  Now you wish you hadn't waited so long.
Why are we talking about a root canal in a blog post about education? As we thought about how to convey the way we see the situation with low-performing schools, this analogy seemed to capture our point. Most of us can relate to what happens when we overlook a problem with our teeth, and yet we don't pay attention to what can happen when we overlook the underlying problems that affect educational systems.
In this blog post, we argue that school segregation by race and poverty is one of the underlying causes of school failure, and that it has been largely overlooked in federal and state educational policy in recent decades.
Double Book Launch in Los Angeles with Author Gerald Horne
Wednesday, February  3rd -- 7 PM
Eso Won Bookstore
4327 Degnan Blvd
Los Angeles, CA  90009
Featuring:  Gerald Horne's 'Paul Robeson:  The Artist as Revolutionary', London:  Pluto, 2016 and 'Confronting Black Jacobins:  The U.S.,, the Haitian Revolution and the Origins of the Dominican Republic', New York:  Monthly Review Press, 2016.
Co-sponsor: Sojourner Truth @ kpfk radio, LA
Source URL: https://portside.org/2016-01-28/tidbits-january-28-2016-richest-62-noam-chomsky-says-trump-woody-guthrie-threat-free