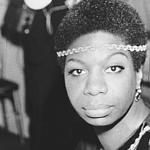 When I was a kid, I knew what the worst parts of me were—my hair and my mouth. My hair was nappy. My lips were big. Nearly every kid around me knew something similar of themselves because nearly every one of us had some sort of physical defect—dark skin, nappy hair, broad nose, full lips—that opened us up to ridicule from one another. That each of these “defects” were representative of all the Africa that ran through us was never lost on anyone.“Africa” was an insult—African bush-boogie, African bootie-scratcher etc. Ethiopian famine jokes were all the rage back then.

Did we want to be white? I don’t think so. We didn’t want to look like Rob Lowe or Madonna. We hated and mocked Michael Jackson’s aesthetic changes as viciously as we mocked each other. What we wanted was to be on the right end of the paper bag tests. We wanted hazel eyes. We wanted wavy hair. I had neither hazel eyes nor wavy hair. But I also didn’t suffer in the same way that I saw other kids around me suffer. I was not dark-skinned. And, more importantly, I was not a girl.

Even back then I somehow knew that it was a boy’s prerogative to be handsome or not in a way that it wasn’t a girl’s prerogative to be pretty or not. Boys had so many other ways of scaling the social ladder—humor, a killer jump-shot, or a reputation for violence—that were unavailable to girls. As I got older, I understood that this wasn’t merely a mark of West Baltimore, but of something grander. Biggie’s “One More Chance” was an ode to this distinctly masculine advantage:

black and ugly as ever

However, I stay Coogi down to the socks

Rings and watch filled with rocks

And my jam knocks...

Never has “however” been used to greater effect. There was no “however” for a girl deemed “black and ugly.” There were no female analogues to Biggie. “However” was a bright line dividing the limited social rights of women from the relatively expansive social rights of men.

Simone was able to conjure glamour in spite of everything the world said about black women who looked like her. And for that she enjoyed a special place in the pantheon of resistance. That fact doesn’t just have to do with her lyrics or her musicianship, but also how she looked. Simone is something more than a female Bob Marley. It is not simply the voice: It is the world that made that voice, all the hurt and pain of denigration, forged into something otherworldly. That voice, inevitably, calls us to look at Nina Simone’s face, and for a brief moment, understand that the hate we felt, that the mockery we dispensed, was unnatural, was the fruit of conjurations and the shadow of plunder. We look at Nina Simone’s face and the lie is exposed and we are shamed. We look at Nina Simone’s face and a terrible truth comes into view—there was nothing wrong with her. But there is something deeply wrong with us.

We are being told that Nina Simone’s face bears no real import on the new eponymous movie about her life, starring Zoe Saldana. “The most important thing,” said Robert Johnson, whose studio is releasing Nina, “is that creativity or quality of performance should never be judged on the basis of color, or ethnicity, or physical likeness.” This is obviously false. Saldana could be the greatest thespian of her time, but no one would consider casting her as Marilyn Monroe. Indeed Nina’s producers have gone to great ends—tragicomic ends—to invoke Nina Simone’s face, darkening Saldana’s skin, adorning her with prosthetics. Neither the term blackface nor brownface is entirely appropriate here. We are not so much talking about deliberate mockery as something much more insidious.

It’s difficult to subtract the choice to cast Saldana from the economics of Hollywood—Saldana is seen as bankable in a way that other black women in her field are not. It’s equally difficult to ignore the fact that, while it is hard for all women in Hollywood, it is particularly hard for black women, and even harder for black women who Thishare the dark skin, broad nose and full lips of Nina Simone. This fact is not separable from this country’s racist history, nor is the notion of “darkening up” a lighter skinned black person. Producers did it to Fredi Washington in Emperor Jones. They did it to Carmen de Lavallade in Lydia Bailey. (The make-up was called “Negro Number Two.”) They did it because they wanted to use the aura of blackness while evading the social realities of blackness. It’s possible that the producers were not, themselves, personally racist. This has no bearing whatsoever on anything. In America, racism is a default setting. To do nothing, to go along with the market, to claim innocence or neutrality, is to inevitably be a cog in the machine of racist hierarchy.

The producers of Nina are the heirs of this history—not personal racists, but cogs. Jezebel’s Kara Brown researched the team behind Nina. It is almost entirely white. Doubtless, these are good, non-racist people—but not good enough. No one on the team seems to understand the absurdity at hand—making a movie about Nina Simone while operating within the very same machinery that caused Simone so much agony in the first place. I do not mean to be personally harsh here. I am not trying to hurt people. But there is something deeply shameful—and hurtful—in the fact that even today a young Nina Simone would have a hard time being cast in her own biopic. In this sense, the creation of Nina is not a neutral act. It is part of the problem.

It’s here that the term “appropriation” bears some usage. We’re not talking about someone inspired by the deeper lessons of Simone’s life and her music. We are talking about people who think it’s fine to profit off her music while heedlessly contributing to the kind of pain that brought that music into being. To acknowledge that pain, to consider it in casting, would be inconvenient—as anti-racist action always is. It would mean giving an opportunity to someone who’s actively experienced the kind of pain that plagued Simone. That would doubtlessly mean a diminished chance at garnering funds for such a film. And that, in turn, would court years of delays and the possibility of the film never coming into being. That would be unfortunate—but less so for Nina Simone than for the agents who feel themselves entitled to profit her story.

Saldana has said that others actors who better resembled Simone passed on the role, and that she herself declined it for a year. But in the end she felt that Simone’s story “deserved to be told.” The sentiment is understandable. But the very fact that there’s such a shallow pool of actors who look like Simone is not a non-racist excuse, but a sign of racism itself—the same racism that plagued Nina Simone. Being conscious of that racism means facing the possibility of Simone’s story never being told. That is not the tragedy. The tragedy is that we live in a world that is not ready for that story to be told. The release of Nina does not challenge this fact. It reifies it.

Cynthia Mort, the film’s director, has pleaded with us to see the film before judging. Indeed, it’s dangerous to draw conclusions about the quality of a film before seeing it. But there is nothing that precludes a masterwork from proceeding on racist grounds. The early Rocky films are great. They also affirm the racist dream of the scrappy white guy, up against the mouthy buck who talks too much. Both things can be true. Nothing about the quality of Nina can actually counter the problems inherent in its very inception. Perhaps more importantly, in some deep way, black women have already seen Mort’s film. Indeed they’ve been seeing it all their lives.

[Ta-Nehisi Coates is a national correspondent at The Atlantic, where he writes about culture, politics, and social issues. He is the author of The Beautiful Struggle and Between the World and Me.]