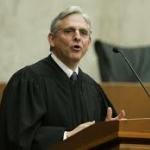 This post is part of an ongoing series on the labor decisions and positions of some of the likely potential picks to replace Justice Scalia on the Supreme Court.

On February 13, 2016, Justice Scalia unexpectedly passed away.  In the aftermath of his passing, the legal and news worlds have been abuzz with talk of prospective replacements. Included on numerous shortlists of potential Supreme Court nominees is Merrick Garland, Chief Judge of the United States Court of Appeals for the District of Columbia Circuit.  Judge Garland has served on the D.C. Circuit since 1997, when he was appointed by then-President Bill Clinton and confirmed by the Senate in a 76-23 vote.

Judge Garland has an extensive record and while generalizations about his opinions are difficult to make, certain themes do emerge.  An analysis focusing on his opinions in cases involving the NLRB reveals one particular theme: agency deference.  This deference to the NLRB has had favorable consequences for labor and unions.

Between 1997 and 2016, Judge Garland wrote the majority opinion in 22 cases involving appeals of NLRB decisions.  In all but four, Judge Garland upheld the entirety of the NLRB’s decision finding that an employer had committed unfair labor practices.  His language in these cases reveals a strong preference for deference: an “agency’s interpretation of its own precedent is entitled to judicial deference,” Ceridian Corp v. N.L.R.B., 435 F.3d 352, 355 (D.C. Cir. 2006); the Court of Appeals does “not reverse the Board’s adoption of an ALJ’s credibility determinations unless…those determinations are ‘hopelessly incredible,’ ‘self-contradictory,’ or ‘patently unsupportable,’” Shamrock Foods Co. v. N.L.R.B., 346 F.3d 1130, 1134 (D.C. Cir. 2003) (internal citations omitted); in reviewing the determination of the NLRB, “we ask only ‘whether on this record it would have been possible for a reasonable jury to reach the Board’s conclusion,’ and in so doing we give ‘substantial deference to the inferences drawn by the NLRB from the facts,’” Antelope Valley Bus Co. v. N.L.R.B., 275 F.3d 1089, 1093 (D.C. Cir. 2002) (internal citations omitted).  Although Judge Garland’s decisions speak primarily of his deference to the NLRB, the effect of that deference is favorable to labor and unions.

Moreover, Judge Garland’s decisions in the four cases in which he did not defer entirely to the NLRB suggest an outlook that is generally favorable to union activity.  In two of these four cases, for example – Carpenters and Millwrights, Local Union 2471 v. N.L.R.B., 481 F.3d 804 (D.C. Cir. 2007) and Guard Publishing Co. v. N.L.R.B, 571 3.d 53 (D.C. Cir. 2009) – Judge Garland upheld the aspects of the NLRB’s decisions that were favorable to the union involved, and overturned only the part of the NLRB’s decision in each case that was favorable to the employer.  In the one case in which Judge Garland did not defer at all to the NLRB – United Food and Commercial Workers International Union Local 400, AFL-CIO v. N.L.R.B., 222 F.3d 1030 (D.C. Cir. 2000) – his decision was mostly favorable to the union.  In that case, the union had petitioned for review of an NLRB finding that a grocery store operator had not committed unfair labor practices.  Judge Garland granted the union’s petition and ultimately remanded the case to the NLRB.

In only one case was Judge Garland’s decision mostly favorable to the employer and not the union: Pioneer Hotel, Inc. v. N.L.R.B., 182 F.3d 939 (D.C. Cir. 1999).  In that case, the employer had petitioned for review of an NLRB order finding that the employer had committed unfair labor practices in connection with a union organizing campaign.  Judge Garland overturned two of the NLRB’s findings of unfair labor practices but upheld a third.

Judge Garland’s (admittedly few) decisions in NLRB cases in which he did not join the majority also reflect his deference to agency decision-making and, consequently, favorability to labor and unions.

In Ross Stores, Inc. v. N.L.R.B., 235 F.3d 669 (D.C. Cir. 2001), Judge Garland issued a partial concurrence and partial dissent.  Judge Henderson, writing for a majority, upheld the NLRB’s finding that Ross Stores had discharged an employee because of his support for the union and thus had engaged in an unfair labor practice, but concluded that the Board’s other finding – that Ross unlawfully admonished the same employee for soliciting the union – must be set aside because the admonishment was not “closely related” to the discharge.  Judge Garland agreed with the finding that Ross Stores had committed an unfair labor practice by discharging the employee, but disagreed that the Board’s other finding should be set aside.

Judge Garland also dissented in two NLRB cases: Northeast Beverage Corp. v. N.L.R.B., 554 F.3d 133 (D.C. Cir. 2009) and FedEx Home Delivery v. N.L.R.B., 563 F.3d 492 (D.C. Cir. 2009).  In each of these cases, the majority overturned NLRB decisions holding that employers had committed unfair labor practices.  Judge Garland dissented in each, contending that the court should have deferred to the findings of the NLRB.

In Northeast Beverage Corp., employers petitioned for review of an order of the NLRB that found the employers had committed an unfair labor practice by disciplining employees in response to a union walkout.  Judge Ginsburg, writing for a majority, held that the union walkout was unprotected by the NLRA §7.  Judge Garland dissented, maintaining that the Court should have deferred to the NLRB.  In FedEx Home Delivery, a small package delivery provider petitioned for review of a determination of the NLRB that it had committed an unfair labor practice by refusing to bargain with a union certified as the collective bargaining representative of some of its single-route drivers.  Judge Brown, writing for the majority, set aside the Board’s determination and held that the single-route drivers were independent contractors, rather than “employees.”  Judge Garland dissented.  Although he would have chosen to remand the case for further proceedings in light of “the Board’s unexplained refusal to give FedEx a fair opportunity to make its case under the appropriate test,” 563 F.3d 492 at 519, he rejected the majority’s analysis and suggested that he was inclined to uphold the NLRB’s determination that the FedEx workers were, in fact, employees.