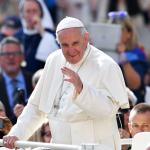 Pope Francis has spent two years contemplating the Catholic approach to family life. He twice assembled bishops from around the world and told them to be frank with him. (They were, to the point of contention.) He posted an online survey to gather opinions from everyday Catholics. And on Friday, he released a nine-chapter, 256-page document summarizing his view on issues including sexuality, marriage, parenting, and divorce.

“I do not recommend a rushed reading of the text,” Francis warns in his introduction. But even the Vicar of Christ cannot stifle the people’s hunger for hot takes. After all, “Amoris Laetitia”—“The Joy of Love” in Latin — will shape church teaching long after Francis is gone, and it addresses the kinds of intimate issues that inflect the day-to-day lives of just about everyone on Earth. Because it covers the kinds of inherently political issues that Americans use to divide ourselves into teams, it’s also tempting to read “Amoris Laetitia” as a tally of winners and losers. It’s not so simple, of course. For liberals, at least, the document represents everything both inspiring and infuriating about the current pope.

First, the inspiration. The overarching story here is that the pope continues to emphasize grace when it comes to personal issues, and an attitude of compassion, love, and flexibility toward people whose lives do not perfectly align with church teaching. That population includes anyone who has had sex before marriage, used birth control, had children out of wedlock, or divorced. My back-of-the-napkin estimate is that adds up to Pretty Much All of the People, Everywhere.

In particular, as Josh Voorhees noted in Slate, the news today is that “Amoris Laetitia” opens the door for divorced and remarried Catholics to take Holy Communion, or the Eucharist. Formally, such Catholics are not allowed to partake of the sacrament without having their first marriages annulled, which has historically been costly and time-consuming.

The Eucharist issue prompted real disagreement among bishops at the synods. As the Anglican critic and scholar Alan Jacobs wrote Friday morning, the dilemma boils down to whether the Eucharist is a carrot/stick mechanism for keeping the faithful in line or a “means of grace.” Francis takes the second view. Quoting himself, he writes in “Amoris Laetitia” that the Eucharist “is not a prize for the perfect, but a powerful medicine and nourishment for the weak.”

The church streamlined the annulment process last fall and eliminated fees. Chapter 8 of “Amoris Laetitia” goes even further, suggesting that priests should be more attuned to encouragement than to enforcement. “A pastor cannot feel that it is enough simply to apply moral laws to those living in ‘irregular’ situations, as if they were stones to throw at people’s lives,” Francis writes. “This would bespeak the closed heart of one used to hiding behind the Church’s teachings.”

But about those church teachings. “Amoris Laetitia” doesn’t actually, y’know, change any of them. Instead, to the disappointment of those hoping for definitive new directions, it offers subtle shifts in tone and emphasis. Instead of proposing a new policy on birth control, for example, it simply declines to mention the issue. That’s significant—as one theology professor remarked to the Washington Post, “The Catholic Church never said the world is round but just stopped saying it was flat”—but it doesn’t lend itself to sweeping claims of victory. And although Francis emphasizes respect for “every person regardless of sexual orientation” and specifically condemns violence and “unjust discrimination” against LGBTQ people, he also confirms that “there are absolutely no grounds for considering homosexual unions to be in any way similar or even remotely analogous to God’s plan for marriage and family.” But what does it mean to “respect” an LGBTQ person if you don’t believe his or her family aligns with God’s plan?

“Amoris Laetitia” is not primarily a regulatory pronouncement, although it’s the rules (or lack of them) that will draw the most attention in the coming days and weeks. It is a meditation on love and family in the 21st century, for one. Francis describes marriage as a “spiritual and sacrificial union,” “which combines the warmth of friendship and erotic passion, and endures long after emotions and passion subside.” He seems to condemn helicopter parenting. (“If parents are obsessed with always knowing where their children are and controlling all their movements, they will seek only to dominate space. But this is no way to educate, strengthen, and prepare their children to face challenges.”) And he quotes Martin Luther King Jr., Protestant theologian and anti-Nazi activist Dietrich Bonhoeffer, and Jorge Luis Borges.

If “Amoris Laetitia” is definitive about anything, it’s that Pope Francis is essentially a state’s rights guy. He uses the word “discernment” 44 times in the document and says he wants to avoid “cold bureaucratic morality” in favor of pastoral care. Over and over, he kicks decision-making down to the local level. This is how the church has always operated in practice, of course; there’s almost no other way to run a global institution concerned with its members’ private lives. But “Amoris Laetitia” makes localism a virtue, and a distinct philosophy. As the Catholic site Crux puts it, the document is “a long polemic against rigorism.”

This is compassion, but it’s also realism. Overwhelmingly, lay Catholics do not obey church teachings on these questions, or even agree with them. Research shows that almost all sexually experienced Catholic women of childbearing age have used artificial contraception at some point in their lives. More than a quarter of American Catholics who have ever been married are divorced. As the progressive Catholics for Choice put it in a press release Friday morning, this document “speaks to Catholicism’s greatest secret: there is an immense chasm between church policy and what everyday Catholics practice.” The question is whether this pope can build a bridge over that chasm in time.

Ruth Graham is a regular Slate contributor. She lives in New Hampshire.

Support Slate journalism by subscribing to Slate Plus.