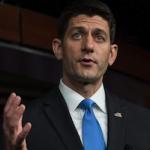 Under a new rule announced by the White House Tuesday, anybody making a salary of less than $47,476 ($913 a week) will automatically qualify for overtime pay when they work more than 40 hours a week.

The change -- which has been criticized as too drastic by many employers -- will go into effect on Dec. 1, 2016. It is intended to expand access to overtime pay for otherwise low-salaried workers who log long hours but have been treated as exempt from overtime because they perform some managerial duties.

Vice President Joe Biden characterized the changes as "restoring and expanding access to the middle class."

The new threshold will be updated every three years to make sure it stays at the 40th percentile of full-time salaries in the lowest income region of the country. Based on wage growth projections, that means it could rise to $51,000 by 2020.

In figuring out whether salaried workers' income qualifies them for overtime, employers will be allowed to count their bonuses and commissions up to 10% of the threshold. So, for instance, if someone makes $44,000 today and gets a $4,000 bonus, his total income ($48,000) will mean that he will remain exempt from overtime.

Related: 4 ways the new overtime rules may affect your paycheck

The Labor Department estimates the rule change could result in an additional $12 billion in pay for workers over the next decade.

The change is expected to affect the retail and restaurant industries the most. But it will also affect all private sector industries, as well as government offices and nonprofits, from social service organizations to universities.

The upshot for workers could be more pay or more free time or in some instances, neither.

Some will earn more because they will receive overtime pay or will simply get a raise to put them over the salary threshold.

Others may be restricted to just working an 8-hour day.

But some may still end up logging long hours for the same pay if their employers adjust their hourly rate lower to offset any overtime pay they'll be owed. (Here's how the new overtime rules could affect your paycheck and benefits.)

For some companies, the thinking may well be "if 20% [of my expenses] is labor costs, after the overtime rule goes into effect, it's still going to be 20%," said Michael Lotito, a lawyer for Littler Mendelson, a firm that represents employers.

While Perez acknowledged that theoretically this could be a potential outcome for some low-salaried managers, he's confident employers won't take that route. "You don't respond to any employee by lowering their wages. But it's particularly imprudent to do so with folks who are running the place. It's inconsistent with rational behavior."

“This regulation hurts the very people it alleges to help. Who is hurt most? Students, non-profit employees, and people starting a new career," Ryan, R-Wisconsin, said in a statement today.

"By mandating overtime pay at a much higher salary threshold, many small businesses and non-profits will simply be unable to afford skilled workers and be forced to eliminate salaried positions, complete with benefits, altogether. For the sake of his own political legacy, President Obama is rushing through regulations -- like the overtime rule -- that will cause people to lose their livelihoods. We are committed to fighting this rule and the many others that would be an absolute disaster for our economy," Ryan added.

Ryan isn't the only critic of the law. Rob Nichols, president and CEO of the American Bankers Association, said the new rules "will be harmful to bank employees and the banks who employ them, and, as usual, smaller banks will be hit the hardest."

Nichols said bank workers, "especially those at small banks and branches where a handful of employees wear many hats, will face reduced opportunity and flexibility in the workplace."

Conti called that view by some employers "more than short sighted."

"It’s counterproductive," she said. "The only thing they will do is drive that person away to somewhere they can get those opportunities," Conti said.