The Fading Meaning of ‘GMO' 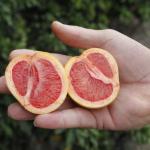 Today the National Academy of Sciences released a 420-page response to public concerns about “genetically modified organisms” (GMOs) in agriculture. The report is a leap forward in the discussion, capturing a comprehensive review of two decades of scientific literature as well as perspectives from academia, industry, activists, and those in between—on implications for the global economy, human rights, and the continued existence of species, human and otherwise.

The findings are important in that they refuse to participate in popular binary arguments—though that critical point has not fully come across in news coverage. As The New York Times reported today, “Genetically Engineered Crops Are Safe, Analysis Finds,” in that “genetically engineered crops appear to be safe to eat and safe for the environment.” The AP reported much the same, that the message of the “high-powered science advisory board” is that “genetically manipulated food remains generally safe for humans and the environment.”

This isn’t entirely accurate as a reflection of the stated intent of the academy. Nor is it, I think, a productive sentiment. It stands to perpetuate divisions among people, while the overall takeaway is more nuanced.

When it is possible to speak of genetically engineered crops as a broad category, it’s of about as much use as reporting that cars are safe, or that pets are safe. Both of those things are generally true, but the statements are so expansive as to be meaningless. (And there are enormous caveats.)

The academy did report that it found no cohesive evidence that genetically engineered crops have contributed to obesity, diabetes, kidney disease, autism, celiac disease, or food allergies in the United States. This is an important finding, especially for people who previously suspected that the case might be otherwise. But it is not the thrust of the report. As the chair of the academy committee Fred Gould wrote in the preface, “We received impassioned requests to give the public a simple, general, authoritative answer about G.E. crops. Given the complexity of G.E. issues, we did not see that as appropriate.”

Rather, the idea that GMOs are safe is predicated on the premise that the academy sought today to abandon. The emphasis of the report is that it is impossible to lump all genetically engineered crops together. Each novel plant—produced by conventional breeding or newer techniques—warrants careful consideration and safety testing. For example, when the committee was writing this report, genetically engineered soybeans being used in the U.S. had resistance to a herbicide, but no resistance to insects. In India, genetically engineered cotton had some resistance to insects, but not to herbicide. “The agronomic, environmental, and health effects of those two traits are different” the academy notes, “but the distinction is lost if the two are treated as one entity.”

Emerging technologies stand to only further challenge existing definitions and regulation by blurring the distinction between genetic engineering and conventional plant breeding, the scientists argue, while enabling ever more profound alterations of plant metabolism, composition, and ecology.

For instance, genome editing techniques like CRISPR will bring about many new plants that will render obsolete the current distinctions between the genetically engineered and the non-genetically engineered. Parsing the subtleties will become only more untenable as the potential outcomes span the conceivable. And the extent of any particular genetic change—by any type of engineering or conventional breeding—has little bearing on the outcome that is seen in the plant. Changes in the characteristics of plants, whether intentional or not, warrant assessments for risks to health and ecosystems. The academy supports the perspective of the National Research Council in arguing that “it is the product, not the process, that should be regulated.”

Blanket declarations of safety also tend to be an ineffective argument in the eyes of people who are concerned by any and all manner of genetic engineering. More likely, these concerned people are either well aware that all GMOs are not equivalent in their potential for benefit or detriment. Others feel alienated from a scientific establishment that they have come to see as monolithic and corrupt. Downplaying the complexity of the situation feeds that sentiment.

While the academy found no specific concerns for human health at the moment, the report speaks mainly on the difficulty of assessing the risk of novel allergens and long-term bodily outcomes. This is true for crops engineered by any means. While the report found no large-scale environmental concerns inherent to the act of genetic engineering, the report discusses at length the importance of context. For example, pest-resistant crops might lead to less pesticide use (and, so, greater biodiversity) in some cases, the pest-resistant crops may also lead to other untoward imbalances in ecosystems.

With today’s report, the National Academies has set a precedent for the only sustainable path forward for this discussion: information being accessible to people public and private, expert and lay, in an ongoing, collaborative discourse about all potential risks and benefits of specific plants in specific contexts. Creating enough food to sustain the exploding global population is the fundamental challenge before us. It requires action and investment and a willingness to acknowledge complexity in a world where safety is relative. Trust is not built on sweeping decrees.

JAMES HAMBLIN, MD, is a senior editor at The Atlantic. He writes the health column for the monthly magazine and hosts the video series If Our Bodies Could Talk.
Twitter Facebook email