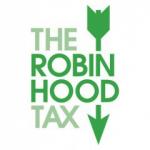 What this report finds: A well-designed financial transaction tax (FTT)—a small levy placed on the sale of stocks, bonds, derivatives, and other investments—would be an efficient and progressive way to generate tax revenues. Gross revenues from a well-designed FTT would likely range from $110 billion to $403 billion. And net revenues (including offsets from reduced income, payroll and capital gains taxes, and increased borrowing costs) would likely be substantially higher than some other recent estimates indicate. This is mainly because other estimates’ assumptions about the volume of financial transactions an FTT would crowd out are too high, and because an FTT is likely to redistribute rather than reduce overall incomes. Regardless of the level of revenues raised, an FTT would be a win-win for the U.S. economy. Higher revenues would result in more funds for social insurance programs and much-needed public investments. Lower revenues would be the result of the FTT crowding out financial transactions of little value to the U.S. economy. This would boost Americans’ incomes through lowering fees on financial services, such as the management of 401(k)s and other accounts.

Why this matters: As the U.S. economy continues to recover from the 2008 financial crisis and the ensuing Great Recession, an FTT would help ensure the financial sector compensates other sectors of the economy (particularly U.S. households) for the damage the sector inflicted. Through generating tax revenues, decreasing the fees Americans pay on their investments, and shrinking unproductive parts of the financial sector, an FTT would help Wall Street work for Main Street.

The financial crisis of 2007–2009 and the ensuing bank bailouts have led to widespread calls to ensure a “fair and substantial contribution” from finance for the damage this sector inflicted.1 In addition, given that the key rationales for a large financial sector are risk-management and macroeconomic stability, the crisis inspired questions about whether the financial sector’s decades-long pre-crisis expansion was beneficial for the potential growth and efficiency of the American economy.

A number of bills have been put forward in Congress to institute an FTT, most recently the Inclusive Prosperity Act introduced by Rep. Keith Ellison (D-Minn.). Rep. Ellison’s bill would tax the sale of stocks at 0.5 percent, bonds (with maturity over 60 days) at 0.1 percent, and derivatives and other investments at 0.005 percent. In 2014, Rep. Chris Van Hollen (D-Md.)—a member of the House Democratic leadership—introduced a bill that included a transactions tax. Sen. Bernie Sanders (I-Vt.) has introduced an FTT proposal in the Senate that mirrors Ellison’s House bill. In addition, a centerpiece of Sen. Sanders’s presidential campaign was an FTT that would fund an expansion of debt-free college tuition.

At the same time that the FTT has gained some momentum in policy and political spheres, recent estimates of an FTT’s potential revenue-raising capacity have been smaller than those of earlier studies. Early estimates of the potential revenue that could be raised with an FTT frequently exceeded 1 percent of gross domestic product (GDP) annually (see, for example, Pollin, Baker, and Schaberg 2003). But in a series of papers for the Tax Policy Center (TPC), Burman et al. (2016) and Nunns (2016) report much lower estimates. These recent estimates are not trivial—Burman et al. (2016) find an FTT could raise between $50 billion and $70 billion annually (or between roughly 0.25 and 0.4 percent of GDP). But they are significantly lower than many previous estimates. Besides revenue estimates, Burman et al. (2016) also provide a good accounting of the potential pros and cons of the economic consequences of an FTT. The potential downsides they highlight, as well as the smaller revenue estimates, have led too many to wield their reports as clarion calls against the desirability of an FTT. This is not a warranted conclusion.

This report examines some of the issues raised by the prospect of an FTT. Its principal finding is that the essential logic for supporting an FTT remains strong: It would raise revenue and crowd out transactions that direct income to the financial sector without providing much boost to most households’ living standards.

The primary case for enacting an FTT is simply that it is an efficient and progressive revenue source. While the long-run challenges to achieving a sustainable federal budget balance are often overstated, it is likely the case that revenue increases will be needed over time to ensure sustainability without gutting crucial public investment and social insurance programs. This makes finding efficient revenue sources a high policy priority. The extraordinary rise in income inequality in recent decades highlights the need for new revenue sources to be progressive. The FTT ticks both boxes.

Moreover, so long as the marginal value of financial transactions is low—and this is very well supported by much recent research—then the worse the FTT is as a revenue-raiser, the better it is at directly boosting the disposable income of typical households by crowding out low- or negative-value financial transactions.

In the end the only sustainable argument against the desirability of a well-designed FTT is that each additional dollar spent on financial transactions is actually translating near-directly into increased economic efficiency. Even aside from the extreme failures of risk management in finance that led to the Great Recession (a notable thing to set aside), it seems very hard to make the case that typical American households have benefitted much from the extraordinary increase in the scale of financial transactions in recent decades. It seems clear that the rise of finance has been largely at the expense of other economic sectors, and that a well-designed FTT is a very useful tool for shrinking the unproductive parts of this sector.

Josh Bivens joined the Economic Policy Institute in 2002 and is currently the director of research and policy. His primary areas of research include mac­roeconomics, social insurance, and globalization. He has authored or co-authored three books (including The State of Working America, 12th Edition) while working at EPI, edited another, and has written numerous research papers, including for academic journals. He appears often in media outlets to offer eco­nomic commentary and has testified several times before the U.S. Congress. He earned his Ph.D. from The New School for Social Research.

Hunter Blair joined EPI in 2016 as a budget analyst, in which capacity he researches tax, budget, and infrastructure policy. He attended New York University, where he majored in math and economics. Blair received his master’s in economics from Cornell University.