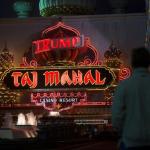 By the time Chris Christie became governor of New Jersey, the state’s auditors and lawyers had been battling for several years to collect long-overdue taxes owed by the casinos founded by his friend Donald J. Trump.

The total, with interest, had grown to almost $30 million. The state had doggedly pursued the matter through two of the casinos’ bankruptcy cases and even accused the company led by Mr. Trump of filing false reports with state casino regulators about the amount of taxes it had paid.

But the year after Governor Christie, a Republican, took office, the tone of the litigation shifted. The state entertained settlement offers. And in December 2011, after six years in court, the state agreed to accept just $5 million, roughly 17 cents on the dollar of what auditors said the casinos owed.

Tax authorities sometimes settle for lesser amounts to avoid the costs and risks of further litigation, legal experts said, but the steep discount granted to the Trump casinos and the relationship between the two men raise inevitable questions about special treatment.

“You can’t tell whether there’s something problematic, but it’s pretty striking that this one was written down so much,” said David Skeel, a professor at the University of Pennsylvania Law School who specializes in bankruptcy law and reviewed the case at the request of The New York Times.

The refusal by Mr. Trump, the Republican presidential nominee, to release his personal income tax returns has become a growing issue in the campaign. He has also boasted of his success in lowering his tax burden as a businessman, declaring last year in an interview on Fox News that only “a stupid person, a really stupid person, is paying a lot of taxes.”

By that measure, the deal with New Jersey looks remarkably shrewd. The casinos did far better, for example, than those that benefited from a program Mr. Christie introduced in 2014 under which the state agreed to consider reducing penalties for delinquent taxpayers but only if they caught up on all overdue taxes and interest.

Public records do not create a clear picture of how the agreement was reached. A spokeswoman for Mr. Trump said she would be in touch regarding questions sent to her. But she did not reply further or respond to subsequent messages. 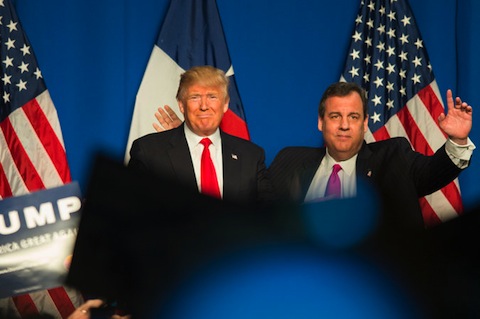 Mr. Trump and Gov. Chris Christie at a campaign rally in Texas in February. Mr. Trump has given Mr. Christie, a longtime friend, the task of heading his transition committee. Credit Cooper Neill for The New York Times

Brian Murray, a spokesman for Mr. Christie, said the governor had not been aware of the tax dispute and, therefore, could not comment on the terms of the settlement.

The Times discovered the agreement during a review of the thousands of documents filed in the bankruptcies of Mr. Trump’s casinos. The taxes went unpaid from 2002 through 2006, during which time Mr. Trump was leading the company as chairman and, until 2005, as its chief executive. He reaped millions of dollars in fees and bonuses from the company, even as it underperformed competitors, lost money every year and saw its stock collapse.

Mr. Trump and Mr. Christie met in 2002, when Mr. Christie was the United States attorney for New Jersey. Mr. Trump’s sister Maryanne Trump Barry, then a federal judge in the state, had mentioned to Mr. Christie that her famous brother would like to meet him. They struck up a friendship. Mr. Christie was invited to Mr. Trump’s third wedding in 2005, and Mr. Trump was a prominent guest at Mr. Christie’s inauguration in 2010. They have double dated with their wives.

Their bond has occasionally included financial largess from Mr. Trump. His foundation made large donations to the Drumthwacket Foundation, which finances maintenance and improvements to New Jersey’s historic governor’s residence, after Mr. Christie became its honorary chairman. Mr. Trump also made large contributions to the Republican Governors Association when Mr. Christie was its chairman.

After attacking Mr. Christie during the recent Republican primary contest, Mr. Trump seriously considered choosing him as his running mate before picking Gov. Mike Pence of Indiana. But Mr. Christie has remained a vocal supporter and was given a prominent speaking role at the Republican National Convention in Cleveland, and Mr. Trump has given his friend the task of heading his transition committee.

“Donald and I, along with Melania and Mary Pat, have been friends for over a decade,” Mr. Christie said when he endorsed Mr. Trump in February. “He has been a good and loyal friend.”

The state corporate tax at the center of the dispute went into effect in 2002. It was called the alternative minimum assessment and was created, in part, to prevent businesses from avoiding taxes through accounting maneuvers.

An executive with the Chamber of Commerce Southern New Jersey testified at a state hearing in 2003 that Atlantic City casinos saw their state tax liability quadruple, primarily because of the new alternative minimum tax, during its first year. But the Trump casinos decided the tax did not apply to them, according to court filings.

After the Trump casinos filed for bankruptcy protection in 2004 for the third time, state officials noticed the company had not been filling out the required schedule for the minimum tax assessment. The Trump casinos had reported losing money and paid a little more than $600,000 in state income taxes in 2002, and only $1,500 in 2003. State auditors determined that the Trump casinos should have paid $8.8 million in alternative minimum taxes for those two years, according to court records.

The company filed an administrative protest with the state, but it was rejected. The company’s lawyers continued to fight the state’s claim in bankruptcy court, arguing that the tax was unconstitutional and that it should not apply to the Trump casinos because they were organized as partnerships.

In February 2007, Heather Lynn Anderson, a deputy attorney general who specializes in tax cases, filed papers in court saying auditors had discovered discrepancies that raised “numerous additional questions regarding the accuracy” of the Trump casinos’ tax returns. The company had reported lower revenue figures on its tax returns, for example, than on filings with the State Casino Control Commission. Ms. Anderson also wrote that Mr. Trump’s flagship casino, the Taj Mahal, had reported to the casino commission that it paid $2.2 million in alternative minimum assessment tax in 2003, which was not true. The company had paid only $500 in income taxes.

The state’s claim still had not been resolved by early 2009, when the Trump casinos filed for bankruptcy protection yet again. By then, the state said the total due, with interest, had risen to $29.4 million.

Mr. Christie’s name actually appeared in the bankruptcy cases during those years, when he was the United States attorney for New Jersey, and more than a dozen briefs were filed under his name as representing the federal Internal Revenue Service in its own claims against the Trump casinos. But the case was handled by an I.R.S. lawyer. Mr. Murray, the governor’s spokesman, said Mr. Christie had no supervisory role in pursuing the agency’s claims.

After Mr. Christie became governor, his friendship with Mr. Trump occasionally made celebrity news. In March 2011, The New York Post’s gossip column, Page Six, reported that the two men and their wives double dated at Jean-Georges, a luxury restaurant in Mr. Trump’s tower at Columbus Circle in Manhattan.

By then, Mr. Trump had been pushed out of running the company he founded, after his efforts to hang on through bankruptcy were thwarted by investors. But he still had financial ties to the company.

When he testified in support of the plan to reorganize the company without his direct leadership, Mr. Trump said he would stay “very involved” with the casino company that would continue to bear his name. He remained a large shareholder, controlling 10 percent of the company’s stock. And in October 2011, the company announced it had entered a joint venture with Mr. Trump and his daughter Ivanka to pursue online gambling should it become legal.

“We think we have the hottest brand there is, the Trump brand, my personal brand,” Mr. Trump told The Associated Press. “We think it’s going to do phenomenally well.”

Around the same time, the tone of the tax litigation softened. Ms. Anderson notified the judge in the case that the two sides were in settlement discussions. On Dec. 5, 2011, New Jersey and the Trump casino company filed a settlement agreement with the court showing that the state would accept $5 million, paid in two installments, on a tab of about $30 million.

By the time of the settlement, the industry was suffering a long slide that had started in 2006. The Trump company had just sold one of its casinos, Trump Marina Hotel Casino, for $38 million.

A spokesman for the attorney general’s office, Leland Moore, said the settlement was approved largely because of the risks of continuing to fight in bankruptcy court and the “concerns about the future ability of the casinos to pay their tax debts.”

The Trump casinos may not have been able to afford their long overdue taxes, but they did not turn suddenly spartan, either. They continued to rent a helicopter from Mr. Trump for $390,000 a year, until they filed for bankruptcy again in 2014.

Mr. Moore declined to release the titles of officials who approved the settlement, except to say it was agreed to by officials from both the attorney general’s office and the State Division of Taxation.

Mr. Christie was close to the attorney general at the time, Paula T. Dow, whom he had appointed and who worked for him as a prosecutor at the United States attorney’s office. A week after the settlement was signed, Mr. Christie announced that he was appointing Ms. Dow to the counsel’s office of the Port Authority of New York and New Jersey until he could find her the judgeship that she desired.

“I think you all know that Paula Dow has been one of my most trusted advisers for the last 10 years,” Mr. Christie said at the time.

The Trump casinos did agree to pay more than $1 million in other taxes that the state sought in the bankruptcy cases.

Ms. Anderson, the deputy attorney general, had also prevailed over the Trump casinos in a separate case in which the company had sought a $2.7 million refund of sales taxes. She declined to discuss the cases. But her husband, Joseph Rival, has made his thoughts publicly known. He once referred to Mr. Trump as a “tax cheat” in a Twitter post. Another Twitter commenter pushed him to say which tax Mr. Trump had cheated. Mr. Rival, a conservative voter, wrote: “The State of New Jersey. He had to pay up millions, I know the lawyer that beat him.”

On another date, he posted, “My wife’s beaten him in tax court more than once.”

The settlement was one of the last disputes in that bankruptcy case, and it was finally closed in January 2012.

The following month, Page Six reported that the Christies and the Trumps were again double dating at Jean-Georges.

An article on Wednesday about a break on unpaid taxes that casinos founded by Donald J. Trump were given under the administration of Gov. Chris Christie of New Jersey quoted incorrectly from comments the governor made about his family’s personal friendship with the Trumps. He said that he and his wife “Mary Pat” — not “Pat” — had been friends with the Trumps for more than a decade. In addition, the article misidentified an event where Mr. Christie also spoke about his close relationship with Mr. Trump. It was when he endorsed Mr. Trump in February, not at the Republican National Convention in July.