Brexit and Migration: a Swiss View 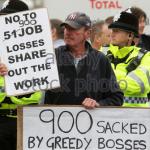 Just as in the Swiss vote on the mass immigration initiative two years ago, the issue of migration – together with the social consequences of radical neoliberal policies – was decisive for the outcome of the Brexit referendum. The results in the former heartlands of industry and of the Labour Party speak volumes. The argument was that the European Union (EU), with its free movement of people, was solely responsible for the pressure on wages and for growing social inequalities in the country. Is that really the case?

Of course, following Brexit, the EU authorities would be well advised to take stock and steer a new course – a social one again, at long last – if they really want the EU to survive this great watershed. People are not against the EU as such, according to this year’s Eurobarometer, but they are against an EU that, through extreme measures such as the fiscal pact or unmitigated freedom of establishment, sets off a downward social spiral while only a small minority of the already well-off reaps the benefits of this type of integration.

The UK’s role in the expansion of Europe

But what is the truth about the UK’s responsibility for the current mess? The British like to overlook or forget just who, in 2004 – and with no ifs or buts – favoured opening up the EU to Central and Eastern Europe, allowing free movement of people with as few social requirements as possible and doing without any transitional arrangements when the EU expanded eastwards. And just who was against any kind of flanking measures to the free movement of persons to avoid wage and social dumping[1]. Tony Blair (like a good pupil of Margaret Thatcher), Gordon Brown and David Cameron all, without exception, preached such a policy for decades on end.

For too long, even the British trade unions backed this policy. In 2007 and 2008, the Swiss Trade Union Confederation (the SGB/USS) and other national union confederations proposed, within the European Trade Union Confederation (ETUC), that we demand EU legislation embodying the principle of ‘the same pay for the same work in the same place’. The aim was to establish a clear basis for flanking measures against wage and social dumping such as already exist in Switzerland.

This was, it should be remembered, in the period after the EU’s eastward expansion, when the European Court of Justice ceased once and for all to be the social conscience of the EU, precisely due to the influence of the neoliberal judges from the new EU member states. A series of rulings on the cases of Laval, Viking, Rüffert, Luxembourg (2007/08) and so on called into question basic trade union rights, such as the right to strike. They also scrapped crucial protective measures against wage dumping. So the precedence of economic freedoms over social fundamental rights was sealed.

Despite this highly negative development, the proposal described above could not initially get a majority within the ETUC executive committee – even though it might be thought a foregone conclusion for trade unions! It took a second attempt in 2009 and 2010 to achieve the majority. The representatives of the British Trades Union Congress (TUC), backed by the Central and Eastern European representatives opposed this step as being discriminatory and protectionist.

The TUC only had second thoughts when a wildcat strike broke out against wage dumping at the Lindsey oil refinery in February 2009, which had taken on workers posted from Portugal and Italy. The strikers’ demand was ‘British jobs for British workers!’ The East European representatives revised their position later when their Polish colleagues were faced with Chinese workers paid at Chinese rates on construction sites for the 2012 Euro football championships in Poland and Ukraine. At the ETUC Congress in Athens in May 2011, the TUC and a majority of national union confederations were still against our proposal to launch a Europe-wide campaign against wage dumping on the basis of a European citizens’ initiative.

British governments, for their part, only started revising their position when they came under pressure from the new anti-foreigner party, UKIP (the UK Independence Party); but for a long time, they were interested only in protective measures against so-called social abuses. To this day, neither they nor UKIP have voiced any support for protective measures against wage dumping.

Even Heinz Karrer, the President of the Swiss employers’ federation Economiesuisse, had to admit, when asked about Brexit, that ‘social flanking measures, such as we have, would no doubt have damped down the mood of annoyance against the EU’ (NZZ am Sonntag, 2016). It is just a pity that the Swiss employers’ federations are still baulking at any further improvements in social protection measures, with a view to a new referendum next year on the Switzerland-EU relationship and the future of the free movement of people. Yet the Brexit decision shows that votes on European policy are winnable only if the populace has the impression that it is not being abandoned to scroungers and profiteers. I

n Switzerland, gaps in the protective panoply must be plugged, particularly regarding the frequency of checks on compliance with labour conditions, facilitating general applicability of collective agreements and statutory minimum wages, strengthening joint liability with subcontractors, sanctions, reinforcing protection against dismissal for older workers, and a better work-life balance in order to make greater use of the potential home-country labour force. Swiss political circles no longer have much time for a rethink, if we are to avoid the British path of major uncertainty, which is toxic for the economy and society. And the EU has even less time left to grasp the fact that the supposedly stupid or uneducated people who are under the influence of right-wing populists, who refuse to understand that impoverishment is the price that has to be paid for the enrichment of the few and the unstoppable globalisation of capitalism, are really not so stupid. They are calling loudly and clearly for a change of course.

As the Swiss inter-sectoral union, Unia, points out in its resolution on Brexit: ‘We need to think back to the basic idea of solidarity that made European unification a successful project during the last century: the only Europe that has any future is one of social balance and social rights, a political union that gives the population democratic influence on the shaping of fairer living conditions’ (Unia Delegate Assembly, 2016). This is not primarily a question of less or more Europe, as is all too often said these days. It is about a different Europe!

[1] ‘Flanking measures’ or ‘accompany measures’ against social dumping mean – in Swiss political jargon – the social provisions against wage dumping of the EU-Posted Workers-Directive, Monitoring/control of the working conditions in the companies (more than 200 inspectors work for paritarian and tripartite Committee), possibility to introduce legal standards for minimum wages in the branches in case of wage dumping, obligation to notify 8 days in advance posted workers to permit controls, facilitation of the general applicability of collective agreements, etc.

NZZ am Sonntag, 2016 ‘The elites have taken the concerns of the population seriously enough’, 26 Jun 2016 Heinz Karrer Interview with Daniel Hug.