Trump’s Frightening Picks for U.S. Policy in the Middle East 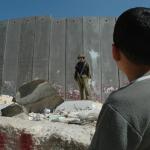 Among the many disturbing appointments by President-elect Donald Trump are the people charged with conducting U.S. policy in the Middle East. Trump’s ignorance of the region will make him even more dependent on his advisers than most Presidents. And that’s not good news.

Rex Tillerson, Trump’s nominee for Secretary of State, as with other oil men who have taken leading positions dealing with U.S. Mideast policy, will presumably favor close relations with Arab despots, even if they are terrible on human rights. However, as CEO of ExxonMobil, he would likely oppose actions that could destabilize the region, and respect the views of State Department professionals who provide analysis and advice. Unfortunately, Tillerson may suffer the fate of William Rogers, Nixon’s first Secretary of State, a moderate on Middle Eastern affairs who was routinely bypassed and ignored by President Nixon and National Security Advisor Henry Kissinger.  His businessman’s pragmatism may not carry much weight in the incoming administration, where  foreign policy discussion will likely be dominated by ideologues.

Trump has promised that his Vice President, former Congressman and Indiana Governor Mike Pence, will play a leading role in shaping administration foreign policy. Pence, a member of the Subcommittee on Middle East and Central Asia of the House Foreign Affairs Committee, was a strong supporter of the U.S. invasion of Iraq and an opponent of calls for a withdrawal of U.S. forces. He has supported the ongoing war in Afghanistan and was an outspoken opponent of the nuclear deal with Iran. And Pence has been an outspoken proponent of the Israeli right, blasting international organizations for recognizing Israel as an occupying power and denying or defending Israeli war crimes in the Gaza Strip and elsewhere.

Trump’s pick for Secretary of Defense, Gen. James “Mad Dog” Mattis, may have been responsible for war crimes himself. As head of the First Marine Division in Iraq, Mattis played a leading role during U.S. sieges of the Iraqi city of Fallujah in 2004, in which apartment blocks, hospitals, and mosques were targeted and more than 5,000 civilians killed. “I personally witnessed women, children, elderly people and ambulances being targeted by U.S. snipers under Mattis's command,” said journalist Dahr Jamal, who was inside Fallujah during the siege. He added that Mattis played a key role in allowing eight Marines implicated in the massacre of two dozen unarmed Iraqi civilians to escape prosecution.

While Mattis differs from Pence and Trump in that he opposes Israel’s ongoing colonization of the occupied West Bank, he has been endorsed by a number of rightwing Zionist groups due to his strong hostility towards Iran. Indeed, Mattis has proclaimed that the three greatest threats to U.S. national security are “Iran, Iran, Iran,” insisting that the Islamic Republic—whose military budget ranks behind such regional allies as Saudi Arabia, Israel, Turkey, Iraq, UAE, Oman, Afghanistan, and Pakistan—is “the single most enduring threat to stability and peace in the Middle East.”

Mattis’s obsession with Iran led President Obama to replace him as head of the U.S. Central Command. He was an outspoken opponent of the seven-nation agreement curtailing Iran’s nuclear program, though he recognizes that it would make little sense for the United States to unilaterally abandon it now.

And then there’s Trump’s choice of Lieutenant General Michael Flynn as his National Security Advisor. On one hand, Flynn has expressed skepticism regarding the efficacy of drone warfare, strongly criticized the decision to invade Iraq, and has challenged calls for arming anti-Assad Salafist groups in Syria. But he is also  a notorious Islamophobe who insists that “Islam is a political ideology” and a “malignant cancer” bent on destroying Judeo-Christian civilization. He claims that Sharia Law is spreading into parts of the United States, and that President Obama is a “jihadi” who “laundered” money for Muslim terrorists.

Flynn has been particularly paranoid about Iran, grossly exaggerating its support for radical groups in the greater Middle East and promoting the bizarre notion that Iran has killed more Americans than Al Qaeda. He has repeatedly condemned and misrepresented the Iran nuclear agreement, insisting that “regime change in Tehran is the best way to stop the Iranian nuclear weapons program.”

Flynn has advocated pulling out of the Israeli-Palestinian peace process, insisting that peace is impossible—not because of continued Israeli occupation and colonization of the West Bank, but because “people that are coming from one side of that line with daggers are putting knives into women and children in Israel.” He calls for even closer relations with Israel’s rightwing government.

Perhaps the most disturbing nomination is that of David Friedman to serve as U.S. ambassador to Israel.

Friedman, a personal friend of the billionaire President-elect who has also served as his bankruptcy lawyer, is further right than Israeli Prime Minister Benjamin Netanyahu. An outspoken supporter of the Israeli occupation and colonization of territories seized by Israel in its 1967 military conquests, he is head of American Friends of Bet El, which supports a cluster of rightwing Orthodox settlements illegally constructed on confiscated Palestinian land in the West Bank just east of Ramallah. He supports Israeli annexation of the occupied territories, a direct violation of the United Nations Charter and a series of U.S.-backed U.N. Security Council resolutions, and insists the United States should end the “two-state narrative.”

Friedman has echoed Trump’s view that Israeli settlements are not an obstacle to peace, reversing the positions of no less than nine previous administrations of both parties. The settlements’ continued growth diminish the possibility of any viable contiguous Palestinian state in the West Bank. Support for Israeli colonization challenges findings by the United Nations Security Council, the World Court, the International Committee of the Red Cross, and the U.S. State Department that they are illegal under international law.

Regarding Palestinian citizens of Israel, who make up more than 20 percent of the population, Friedman has insisted that unless they decide “to support the state,” he does not believe in “bestowing upon them the benefits of citizenship.” He has also accused President Obama of "blatant anti-Semitism" for supposedly not condemning Palestinian terrorism sufficiently and has falsely accused a top Egyptian-American aide of Hillary Clinton of being a supporter of the Muslim Brotherhood.

Friedman has shown little tolerance for those who disagree with his far-right views, even among fellow Zionists. He has referred to J Street, the moderate pro-Israel lobbying group which advocates strong U.S. support for Israel but opposes the occupation and settlements, as “far worse than kapos—Jews who turned in their fellow Jews in the Nazi death camps.” He has accused the Zionist group of being “smug advocates of Israel’s destruction,” asserting “They’re not Jewish, and they’re not pro-Israel.”

Ironically, many voters were alienated from Hillary Clinton because of her hawkish record on the Middle East, including her support for the Iraq war. It now appears that we will end up with an administration even more reckless and dangerous.

Stephen Zunes is a professor of politics and coordinator of Middle Eastern studies at the University of San Francisco.