Think the Women's March Wasn't Radical Enough? Do Something about it 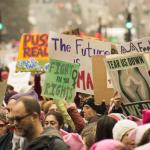 The United States has just experienced a corporate hijacking. If Trump's inaugural speech did not alert you to the fact that they intend to come after all of us, then you are not paying attention.
The scale of the attack is as deep as it is wide, and this means that we will need a mass movement to confront it. To organize such a movement necessarily means that it will involve the previously uninitiated - those who are new to activism and organizing. We have to welcome those people and stop the arrogant and moralistic chastising of anyone who is not as "woke".
The women's marches in Washington DC and around the country were stunning, inspiring and the first of a million steps that will be needed to build the resistance to Trump.
But look around social media, and you can read critiques and even denunciations of the marchers: where were all of these people before? Why are they only getting involved now? Why doesn't the march have more radical demands? Why did march organizers, who are politically liberal, allow only ... liberals to speak?
All this is a sign of a political immaturity that continues to stunt the growth of the American left. 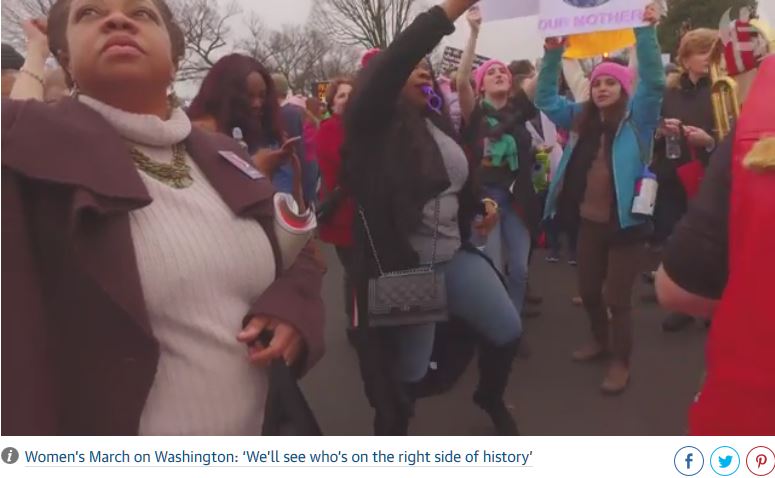 Listen here.
Were liberals on the march? Yes! And thank God. The movement to resist Trump will have to be a mass movement, and mass movements aren't homogeneous - they are, pretty much by definition, politically heterogeneous. And there is not a single radical or revolutionary on Earth who did not begin their political journey holding liberal ideas.
Liberals become radicals through their own frustrating experiences with the system, but also through becoming engaged with people who became radical before them. So when radicals who have already come to some important conclusions about the shortcomings of existing systems mock, deride or dismiss those who have not achieved the same level of consciousness, they are helping no one.
This isn't leadership, it's infantile. It's also a recipe for how to keep a movement tiny and irrelevant. If you want a movement of the politically pure and already committed, then you and your select friends should go right ahead and be the resistance to Trump.
Should the marches have been more multiracial and working class? Yes! But you are not a serious organizer if that's where your answer to the question ends. The issue for the left is how we get from where we are today to where we want to be in terms of making our marches blacker, browner and more working class. Simply complaining about it changes nothing.
There will no effective movement against Trump that doesn't directly confront the issue of racism. It has to be front and center, and it seemed to me that the march organizers took that question seriously and made genuine efforts to shift shortcomings in their original approach.
The organized turnout of unions for the Washington DC demonstration was much smaller than it should have been. But at least some sections of the labor movement did feel the pressure from their own membership to devote greater resources to mobilization in the final weeks, and plenty of union members got themselves to the march as individuals and with rank-and-file members. That's something for the left to build on in making labor central to the anti-Trump resistance.
The women's marches were the beginning, not the end. What happens next will be decided by what we do. Movements do not come to us from heaven, fully formed and organized. They are built by actual people, with all their political questions, weaknesses and strengths.
If the left doesn't engage with the aim of contending for leadership and influence, we just concede these forces to the Democrats and liberals, who will certainly try to confine the new upsurge of opposition to the political limits they want to define.
The point isn't to bury our arguments. If we want to win people to more radical politics, we must learn how to make our arguments while operating in political arenas that aren't just our own. Revolutionary socialists have a long and rich tradition of building united fronts, which seems more real now that 3 million people were in the streets.
We must do a better job at facilitating debate, discussion and argument so that we talk about how to build the kind of movement we want. But endless social media critiques with no commitment to diving into that struggle for the kind of movement we want is not a serious approach.
There are literally millions of people in this country who are now questioning everything. We need to open up our organizations, planning meetings, marches and much more to them. We need to read together, learn together, be in the streets together and stand up to this assault together.
[Keeanga-Yamahtta Taylor is assistant professor in the department of African American studies at Princeton]
Source URL: https://portside.org/2017-01-25/think-womens-march-wasnt-radical-enough-do-something-about-it