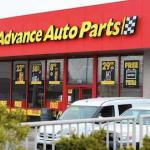 WEISENBERG TOWNSHIP – More than 500 workers at the Advance Auto Parts warehouse in Lehigh County plan to vote next week on whether to form a union, part of a nascent trend of increasing labor activity in the booming distribution sector.

The Laborers' International Union of North America said Thursday the workers will vote between Wednesday and Friday. They said workers want to unionize to address concerns about pay, health care and basic working conditions.

The union said 515 workers are eligible to vote. Union officials also said that if the vote succeeds, it will mark the first time that workers at the Weisenberg Township warehouse would have negotiating power with the Roanoke, Va., corporation. Less than 1 percent of its workers were represented by unions as of February, according to the company's annual report.

Workers have been looking to organize since early December, said Chuck Clarke, a union representative. Messages left with Advance Auto officials seeking comment were not returned.

The majority of Lehigh Valley distribution centers are nonunion, said Gregg Potter, president of the Lehigh Valley Labor Council, but there are a few that have unions, including one operated by True Value in Allentown and at least one Americold Cold Storage location in Upper Macungie Township.

The Lehigh Valley has seen a plethora of new warehouses in recent years, driven by demand from logistics and e-commerce companies. A 2016 Mid-Year Industrial Logistics & Transportation released by commercial real estate services company Colliers International Group Inc. named the Valley as one of the fastest growing regions for large warehouse development.

In recent years, workers in distribution and warehousing operations have been difficult to unionize because they are often employed by subcontractors known as third-party logistics companies, or 3PLs, or hired by temporary agencies, said Robert Bruno, professor and director of the Labor Education Program at the University of Illinois at Chicago.

But unions are again targeting those workers, many of whom are minorities or non-English speakers, as their numbers grow, Bruno said.

Many of the Advance Auto Parts workers are Hispanic, some with limited English, Bruno said. But they are "smart and educated and determined," he said. To reach them, the union has used bilingual organizers.

"There is a lot of activity there," Bruno said. "At one time it was heavily unionized; what happened was the employment status of those workers changed and labor law was altered."

Much of that recent activity have been informal, Bruno said, in which community activists partner with unions to pressure companies for better wages, working conditions and benefits. But that could change, especially if the supply of workers begins to tighten.

"The organizing that is happening in those facilities is very extensive, but it's done predominately by what in our profession we call worker advocacy organizations," he said.

Unions hope some of that informal work can evolve into formal collective bargaining agreements, he said.

"There are real challenges to this," he said. "There is obviously high turnover and there is low pay, but for that reason there is a real need to do organizing, but it does kick up a lot of organizing."

Because of the region's rapid growth as a distribution hub, the Lehigh Valley's warehouses are attracting a growing number of workers from outside Lehigh and Northampton counties, said Don Cunnigham, president and CEO of the Lehigh Valley Economic Development Corp.

When a large logistics firm looks at the Lehigh Valley, they now ask if there's an adequate supply of workers, he said.

"It's a tighter labor supply than it was two to three years ago," Cunningham said.

Advance Auto, which opened its auto parts warehouse in 2004 off Interstate 78, is a publicly held company. The union says company executives have sought to drive up its share price by cutting costs, including those associated with workers. Advance Auto has 5,200 retail locations.

In 2016, Advance Auto brought in $9.6 billion in revenues, of which nearly a half-billon dollars was profit, according to the union.